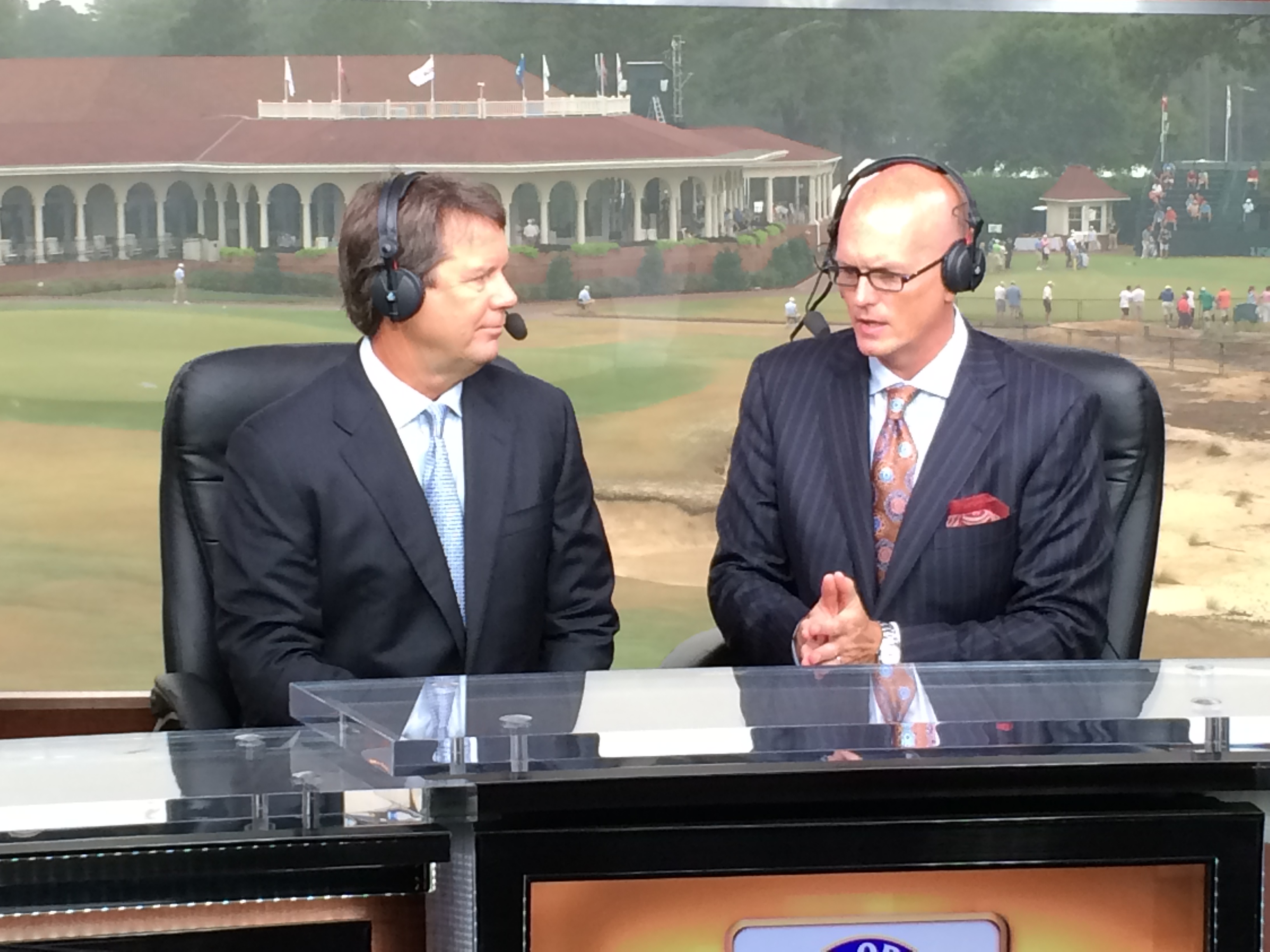 Golf viewers are in for a treat with the British Open. All four rounds will be on ESPN.

“Zinger” is one of the best analysts in golf. He is candid, offers unique insights, and you can feel his energy level on the telecasts. Too bad we only get a small dose of him. With ESPN doing a limited schedule of tournaments, he doesn’t get many opportunities to roll out his game in the booth.

Naturally, Azinger is in demand, and he has listened to overtures to expand his work elsewhere. However, he likes to ride his motorcycle, among his other free time endeavors. He also feels a sense of loyalty to his ESPN family.

“I’ve talked to a few people,” Azinger said. “But I don’t want to do 20 events a year. I like my team at ESPN. I like the tournaments we do. If they add more events, I’d be happy to do them.”

For now, Azinger is looking forward to a return trip to British Open at Hoylake. ESPN will have 37 hours of coverage, beginning at 4 a.m. Eastern on Thursday and Friday.

They are marathon days for all involved, from players to broadcasters. Azinger, though, approaches them with a sprinter’s mentality.

“The days go really fast for me,” Azinger said. “I hate to see each day end as an analyst. I’m never exhausted. Then again, I’m not out there walking.”

Azinger says preparation is the key. ESPN gives him “huge packets” of research on each player. Since he finds British TV a bit lacking, he spends his evening studying.

“Being an analyst, you try to help the viewer aware of what’s happening,” Azinger said. “I like to be informative, while the picture is descriptive. I tell the viewer what they do not know, what they can’t see.”

Azinger also speaks from experience. He was a 12-time PGA Tour winner, which includes the 1993 PGA Championship. Yet he also can relate to heartbreak, especially at the British Open. In 1987 at Muirfield, he carried a one-shot lead into 17 during the final round. However, a back-to-back bogey finish dropped him to second behind Nick Faldo.

“There’s an old saying: ‘The longer you’re in the booth, the better you used to be,’” Azinger said. “I still have memories of how difficult it was out there. I respect the difficulty, the pressure, the nerves. I also understand the amount of preparation that goes into it. If a player is imploding, making mistakes, it’s easy to articulate that.”

The last time Azinger was at Hoylake, he saw Tiger Woods win the 2006 British Open. He isn’t expecting a repeat performance from Woods, who only will be playing in his second tournament since returning from back surgery.

“I don’t think he has much of a chance,” Azinger said. “He probably should have played another tournament (prior to the British), but he didn’t. It’s very hard to come back from an injury. I feel for him a little bit.”

With or without Woods in the hunt, Azinger hopes for a good story this week. It has been a somewhat lackluster year on the PGA Tour with inconsistent play from the other big stars. Azinger says, “Golf could use a little shot in the arm.”

Maybe it will come at the British. The tournament always is a favorite for Azinger because the style of golf is so different. He loved it as a player, and he loves it as an announcer.

“It allows you to add context,” Azinger said. “There’s the uniqueness of links golf. The seasoned golf viewer knows all about it, but to the kind of viewer Tiger brings in, the newcomer to the game, you get a chance to explain what it’s all about.”