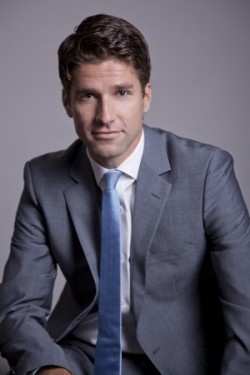 BOSTON — MLS is leaving NBC Sports following the 2014 season, however, the network’s lead analyst for the league will not be leaving with them.

I had a sit-down with NBC’s Premier League soccer crew on Wednesday in Boston (keep an eye out in the coming days and weeks for much, much more from it), where Martino confirmed to Awful Announcing that he will be with the network through their Premier League deal, which ends in 2016. Though it wasn’t rumored that Martino would ever be leaving, the end of MLS’s relationship led some to speculate he might find a different home.

“I’ve worked at the other networks, and I’ve seen, certainly what ESPN has done with the World Cup and can appreciate Fox’s ambitions with the World Cups to come, but I love what we’re doing at NBC.” Martino said. The analyst, who seem surprised that it would even be an issue despite the expiring MLS contract. added that the camaraderie of the studio team, despite his commute each weekend from Los Angeles, makes the gig fun.

For NBC Sports coordinating producer/soccer chief Pierre Moossa, Martino — who has split the last year between working on-site at MLS matches and in NBC’s Premier League studio in Stamford, Connecticut —  was always part of the permanent plan for the network’s coverage of the league.

“He’s been part of the team from moment one,” Moossa told me. “There [won’t be] a change regardless of MLS. I always think of the team as a team, and there’s Robbie [Mustoe], Robbie [Earle] and Kyle. There’s no A-guy, there’s no B-guy, there’s no C-guy, and each of them add a different dynamic. All three of them have always been equal parts, but from day one when we assembled our Premier League talent, Kyle, Robbie and Robbie were always all the way through and they are all the way through.”

Not only will NBC have rights to the Premier League through 2016, it will once again have rights to the Olympic soccer tournament, where Martino was the lead analyst on with play-by-play voice Arlo White. He also appeared four times in a two-week span on the Today show during the World Cup as a soccer expert.

Martino, who joined NBC in 2012 after stints calling matches for ESPN and the Philadelphia Union, will call both MLS matches and a game from the second annual International Champions Cup on NBCSN in the upcoming weeks.