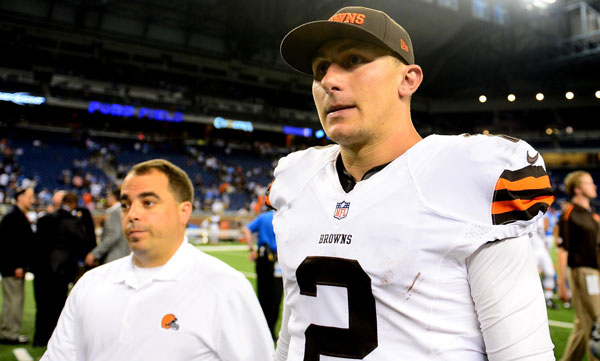 On what feels like a weekly basis, we’re reminded how powerful the NFL is. And this week, we received quite a strong reminder when the league’s own channel broadcast Johnny Manziel’s debut in prime time, because NFL Network pulled in a preseason record 2.82 million viewers Saturday night for what would have otherwise been a putrid matchup between the Detroit Lions and Cleveland Browns.

According to Daniel Kaplan of the Sports Business Journal, that rating crushed the network’s previous high of 2.07 million for a Saints-Steelers preseason game back in 2007.

It’s crazy, really, how certain players gain such large followings. I mean, I get that Manziel is a lightning rod, but the hype and attention he has received this offseason is drastically disproportionate to his football accomplishments. The guy has yet to step foot on an NFL field (at least for a regular-season game) and wasn’t even a top-10 pick in the draft, but he — like Tim Tebow in 2010 — is sucking all of us in.

And because Manziel played quite well Saturday, reportedly moving ahead of Brian Hoyer on the depth chart, expect ESPN to make a run at some preseason viewership records Monday night as the Browns play the Redskins in what could be Manziel’s first preseason start.