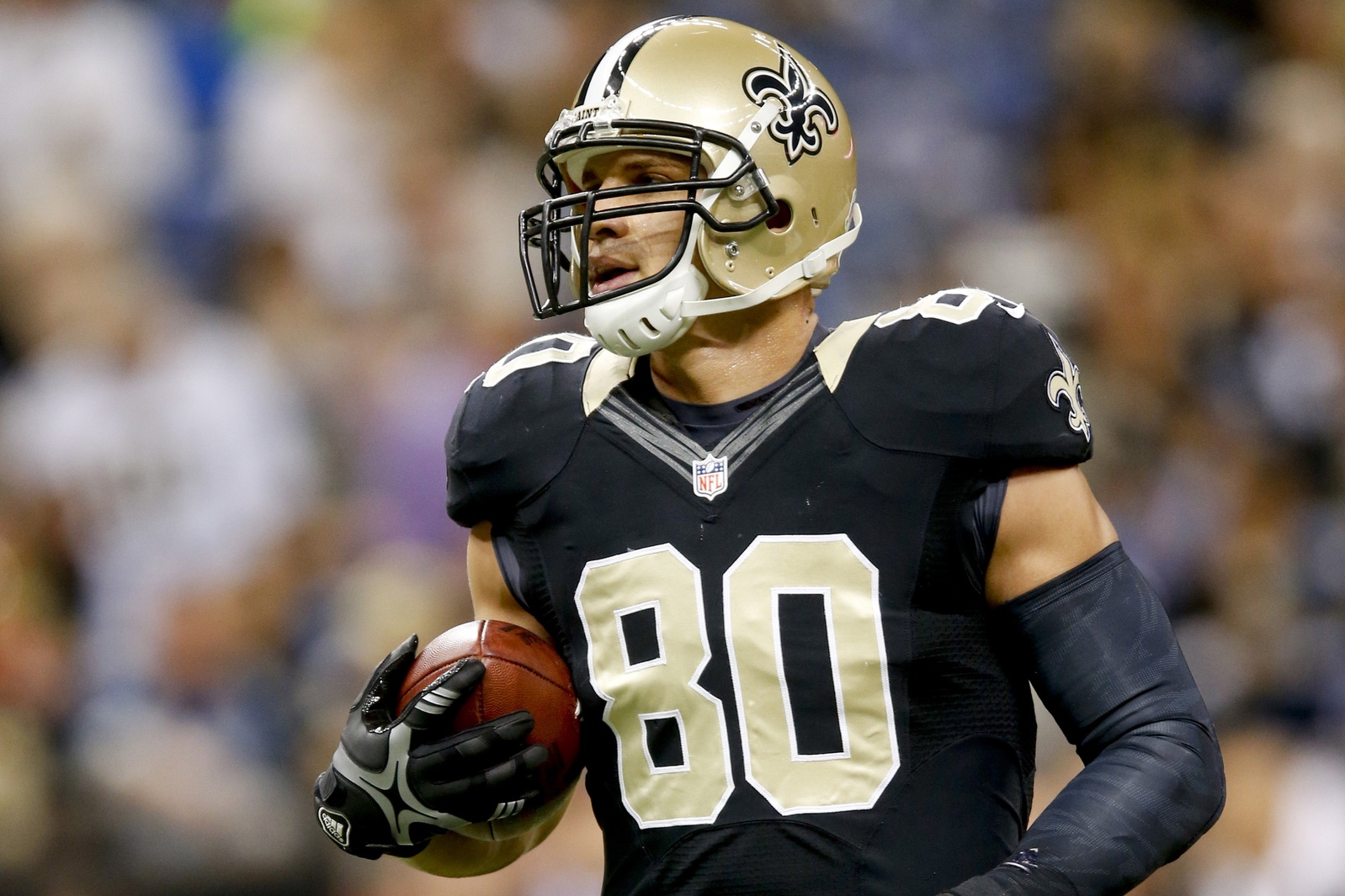 All-world tight end Jimmy Graham trying to make the case that he isn’t a tight end may seem like a silly semantical argument to the majority of football fans and people with rational minds.  However, it makes a big difference in terms of the paycheck he is able to collect from the NFL’s franchise tag.

With the Saints franchising Graham this offseason, he’s due just over $7 million dollars as a tight end.  If Graham was labeled as a wide receiver, that would jump to over $12 million.  Obviously, the Saints would much prefer for Graham to be considered a tight end while Graham wants that wide receiver money.

Why is this even an argument?  Well, Graham has a good case – the letter of the law states that the position of tagged players depends upon where they lined up for the majority of snaps.  Graham played 67% of his snaps off the line either in the slot or split out wide.

However, that doesn’t take into account the changing nature of the tight end in today’s NFL.  The league and the Saints have a few pieces of evidence at their disposal as well as the grievance hearing takes place today.  Perhaps the most interesting is that Graham labels himself as a tight end in his Twitter bio.

Among @NFL’s arguments: Jimmy Graham meets in the TE room, lines up where TEs line up… and lists himself as a TE on Twitter (really).

Among @NFLPA’s arguments: 67 percent of the time, Jimmy Graham lines up where a WR would line up. Union has expressed a lot of confidence

A settlement in the Jimmy Graham system arbitration is unlikely, from what I’m told. Sounds like he’ll have his day(s) in court.

You can see Graham’s bio below: 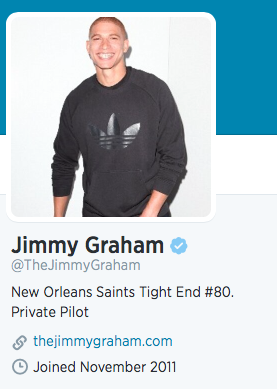 I don’t think a Twitter bio alone will cost Jimmy Graham $5 million dollars this year, but it is quite the irony.  He and his representatives are trying to build a case convincing everyone that he’s not a tight end… and yet there he is calling himself a tight end.  It kinda blows a hole in everything he’s trying to accomplish, doesn’t it?

Regardless of what happens in the grievance hearing and whether Graham is a tight end or a wide receiver or a slash or a dunking superathlete, hopefully it won’t matter too much in the end and he and the Saints can come to a long term solution.  At least that’s what this Saints fan is hoping for…