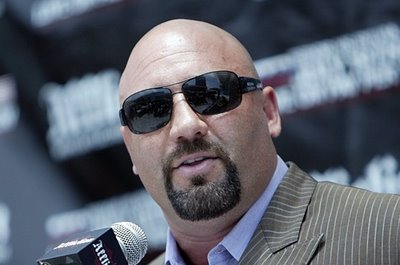 You just don’t mess with Jay Glazer.  For one, he’s one of the best reporters in sports.  He’s also a legit MMA tough guy.  And not even life-threatening illnesses can keep him down.  The NFL on Fox reporter is making a comeback after a frightening bout of double pneumonia following a routine offseason operation.

That serious illness led to a lengthy absence from the reporting scene, but now Glazer is back with both barrels firing.  His latest report about the Cleveland Browns and Johnny Manziel also has him in direct conflict with rivals at ESPN, a network he has accused of stealing his scoops in the past.

Reporting on the NFL Draft can be a funny thing and you never quite know what to believe.  Smoke screens, mock drafts with a thousand possibilities, and constant misdirection are all a part of the game.  But Glazer has built a reputation over the years as being one of the most solid, connected reporters in sports.  And by pinpointing stories instead of getting every scoop and refusing to do a mock draft, Glazer gives the appearance of being more careful than others when it comes to the draft.  On Tuesday, Glazer tweeted that the Cleveland Browns would not under any circumstance draft Texas A&M QB Johnny Manziel with the 4th overall pick.

Browns won't be drafting Manziel at #4. I know it's been out there a ton that they will but no that's not how they have it

In case there was any confusion, Glazer offered a follow up tweet and said the same thing on Fox Sports Radio:

Don't know how I can make this clearer for those arguing against it: CLE would take ME over Manziel at 4 & I totally botched the Wonderlic

Interestingly enough, that report is diametrically opposed to what ESPN’s Chris Mortensen reported the previous day.  Mort reported that he expected the Browns to take Manziel at #4 if he was available.

PLEASE BE TRUE MT @ESPNNFL: Mortensen reports he expects Browns to draft Johnny Manziel at No. 4 if he's still there. http://t.co/biRDW7FYw6

Just so we’re all clear, the Cleveland Browns either will or will not take Johnny Manziel in the draft.  I *think* that should cover all our angles.  Mort’s report made headlines and was covered by multiple websites including Pro Football Talk.

But then a very funny thing happened…

After Glazer filed his report, the @ESPNNFL Twitter page deleted their Manziel-Browns report from Chris Mortensen.  This is what you now see if you try to access the breaking news from Mortensen: 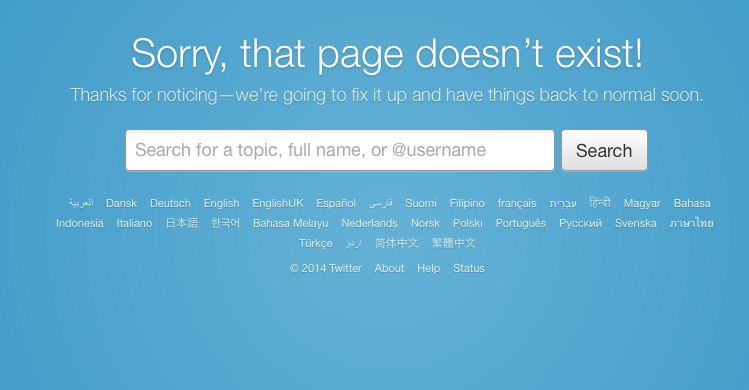 They deleted it!  ESPN tried to wipe it from the record and pretend that it never existed!

By deleting their own Manziel-Browns scoop, ESPN is publicly ceding defeat to Jay Glazer and admitting they got beat by him.

Why delete the Mort report though?  Mortensen is highly respected and it’s not like this would be the first time two reporters filed contradictory news items.  Even if Mort was bested by Glazer in this particular story, would it really matter that much in the grand scheme of things?  Honestly, would anyone remember that Jay Glazer was right and Chris Mortensen was wrong on the Browns not picking Johnny Manziel at #4 overall?  Of course not.  We’re talking one report out of hundreds in any given year for these top NFL reporters.  (Watch the Browns trade down and then pick Johnny Manziel, then Glazer and Mort can both be right. UPDATE: I told you so.)

But by deleting the tweet, ESPN is blaring a loud siren to the sports world that Jay Glazer’s reporting is better than their own.  Maybe that’s why they used him as a source for so long.