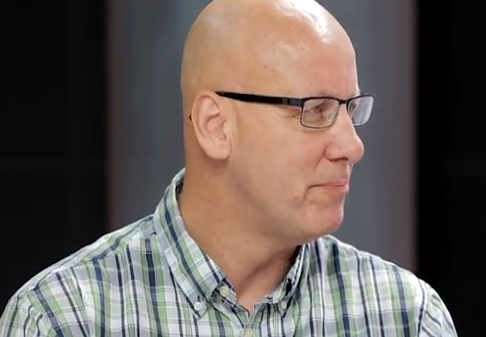 Jason Whitlock’s perpetually under construction “Black Grantland” site has finally made another hire.  And this one is out of left field.

ESPN and Whitlock have snapped up veteran columnist Mike Wise from the Washington Post for the new site that ESPN has said will “provide coverage, commentary and insight about sports and culture directed towards an African-American audience.”  Wise is the second hire for Whitlock’s site, joining Executive Editor Amy DuBois Barnett.

(NOTE: ESPN says Wise has not formally been hired just yet but that it is at an “advanced stage of negotiation.”  AKA: He’s officially getting hired very soon.)

Wise’s hiring goes well against-the-grain of the stated mission of Whitlock’s site, which both he and ESPN President John Skipper said was to give opportunities to young African-American writers:

Whitlock: “I think there are talented, young African-American journalists out there,” Whitlock said. “I just don’t think they have been mentored properly. That falls on people like me, who have had some success, to take it upon ourselves to do that. At the end of the day, we can do better. I hope this website will change some of that.”

Wise is neither young, nor African-American.

That’s not to say Wise isn’t a good hire talent-wise for the site – he’s an award winning sportswriter with legit bonafides and one of the most established major market columnists working today.  Where he might fit with Whitlock’s site are some of the columns he’s written intersecting sports and culture like this one on the n-word and being one of the first columnists to speak out against the Redskins nickname and refuse to use it in print.  On the flip side, he also drew some ire for his tweets insinuating that Adam Silver should ban rap music from playing in NBA locker rooms.

B–ch this, H- that. Nbombs. If I was Adam Silver, I would take a hard look at locker room music as part of a mutually respectful league.

Wise’s hire muddies the water even further as to what exactly the mission of Whitlock’s “Black Grantland” is going to be, if and when it ever does go live.  It’s been well over a year since plans for the site were first made public and there’s still no launch date in site.  Whitlock and ESPN making their first front-facing talent hire a middle-aged white male for a site that was intended to mentor young African-American writers means we’re really no closer to having any real answers regarding “Black Grantland,” are we?