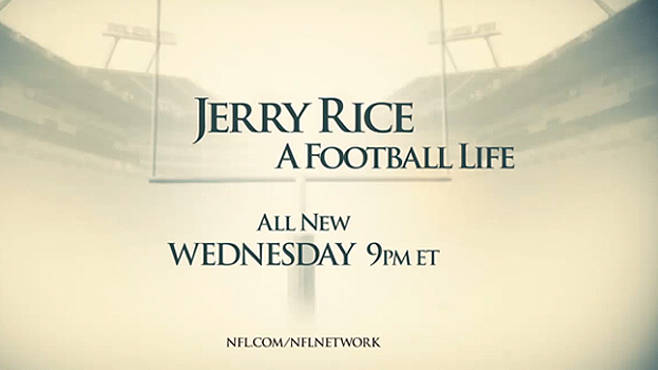 Despite the variance of quality, which really is unavoidable for any documentary series that pumps out more than a handful of episodes per year, A Football Life is pretty damn solid.

It’s entertaining, it’s educational, at times it’s emotional, and along the way it enriches my historical understanding and knowledge as a football fan. It’s essentially a good excuse to learn more about something you love. Television is the most efficient medium to accomplish educating fans on little slivers of a sport’s history.

You can’t just hope ESPN will do it for you through 30 for 30 or the premium networks like Showtime or HBO. Certainly the upstart sports networks don’t seem overly motivated to roll out any high volume documentary although there have been flashes here and there.

Therefore, the onus should theoretically fall on the league owned networks, who have unlimited capacity to produce tons of great original content.

The pro leagues all do have original entertainment divisions (although nothing like the towering commercial and critical success of NFL Films) and to their credit do pump out solid content, but often that content is for other networks and with meager regularity.

Not long ago, the idea of high quality/high cost documentary series on a league owned network was somewhat of a pipe dream. But with NFL Network attracting more eyeballs than its peers and NFL Films having a track record of magically scaling up their output without diluting its quality, A Football Life was rolled out in 2011 with nine 1 hour installments covering eight individuals.

Season 1 was strong and the reaction was positive, enough so that a larger second season was ordered of 13 installments in 2012, which subsequently grew to 22 installments (although it should be noted that some of these were repackaged documentaries that aired on HBO and Showtime).

Somewhere along the way, A Football Life became a hit, something that people talked about and looked forward to, and chatted about with other football fans. Personally, evidence of this was hard to escape. Twitter, sports talk radio, my friends and family, etc. While you’d expect buzz in those sports centric corners, I found myself very surprised to see a lot of chatter spilling onto Facebook with posts from people (male and female) that I wouldn’t identify as sports fans at all. In particular I remember 3-4 posts from a parent saying they’d watch A Football Life with their young children and being shocked that a) 6-10 year olds would enjoy watching a sports documentary b) the parents themselves were regular viewers given I distinctly recall/know these people to be very casual sports fans and not the type who had NFL Network’s channel number memorized.

And that’s the long term benefit of having A Football Life. Your diehard fans build out their encyclopedic knowledge of the sports they love and your younger and more casual fans slowly gravitate to becoming a diehard fan. You’re not only nurturing your existing loyal fans who contribute a large chunk of revenue to the league and teams, but you’re also helping to convert those who view your sport as something to only pay attention to when they’re bored or pulled onto the local bandwagon.

For me, while I do really enjoy documentaries that cover athletes and events in the 90’s (my formative years and before the total proliferation of cable and the internet), I have a sweet-spot for films that chronicle athletes and events from the 80’s, right before I turned on my freakish sports memory recorder. It’s like having a crash course on the 15-30 minutes you missed before your arrival at a party.

Heading into year four, A Football Life has proven the concept. The ratings are solid, re-airs fill up a massive amount of programming hours, DVD sales are significant, and more importantly football fans are a bit more knowledgable and passionate than before. While the production costs might be high, NFL Network is now in millions more households and at higher carriage rates (although a lot of that traces back to the growing Thursday Night Football package). That said, having a quality brand with a strong cult audience certainly helps on both fronts at the negotiating table.

This leads me back to my frustration and disappointment that it’s been mostly crickets from the other league owned networks. Maybe they’re worried about coming off as copycats or maybe they’re not confident in the production capabilities in terms of output frequency and quality. The reality though is that it’s likely that the biggest consideration is money. It’s a big bet to make and one that could draw the ire of team owners if it falls on its face.

Despite all of the risks involved… are you telling me A Baseball Life on Ken Griffey Jr wouldn’t kill in the ratings? Or A Basketball Life: Charles Barkley wouldn’t be the talk of the web? If you took the ridiculous amount of posters, jerseys, and sports cards I had as a kid, you’d have a pretty damn good list of individuals that could attract a large audience.

How the hell is Jaromir Jagr still playing? What was it like being part of the Braves rotation in the 90’s? How badass is it that Nolan Ryan threw 7 No Hitters? What’s in Pat Riley’s hair?

All things I don’t know, would want to know, and would go out of my way to watch to find out. I’m certainly not alone in the fact that I’m thirsty to learn more about the athletes, coaches, and events that helped shape the sports I love.

It’s hard to imagine with the NFL reaping the benefits (both financially short term and the unmeasurable benefits long term), that the other leagues will sit on their hands forever with the biopic space. Unfortunately, there seems to be little motivation from the leagues to get the ball rolling here and it likely will only perpetuate the growing gap between the NFL and the other leagues in terms of fandom, mindshare, and general buzz.

While closing the gap on the NFL is likely a pipe dream in this life, the reality is that mobilizing on the original documentary front ahead of the other leagues may just be a key differentiator in determining what league and what league owned network jumps to the front of the pack in terms of being a solid #2 to the NFL and NFL Network. Here’s to hoping that the leagues and owners who continually drive up the price of being a fan,opt to reinvest money to ensure the long term health of historical knowledge and interest lives on. That way they’ll continue to grow their fan-bases, network ratings, and yes, even revenues for years to come.