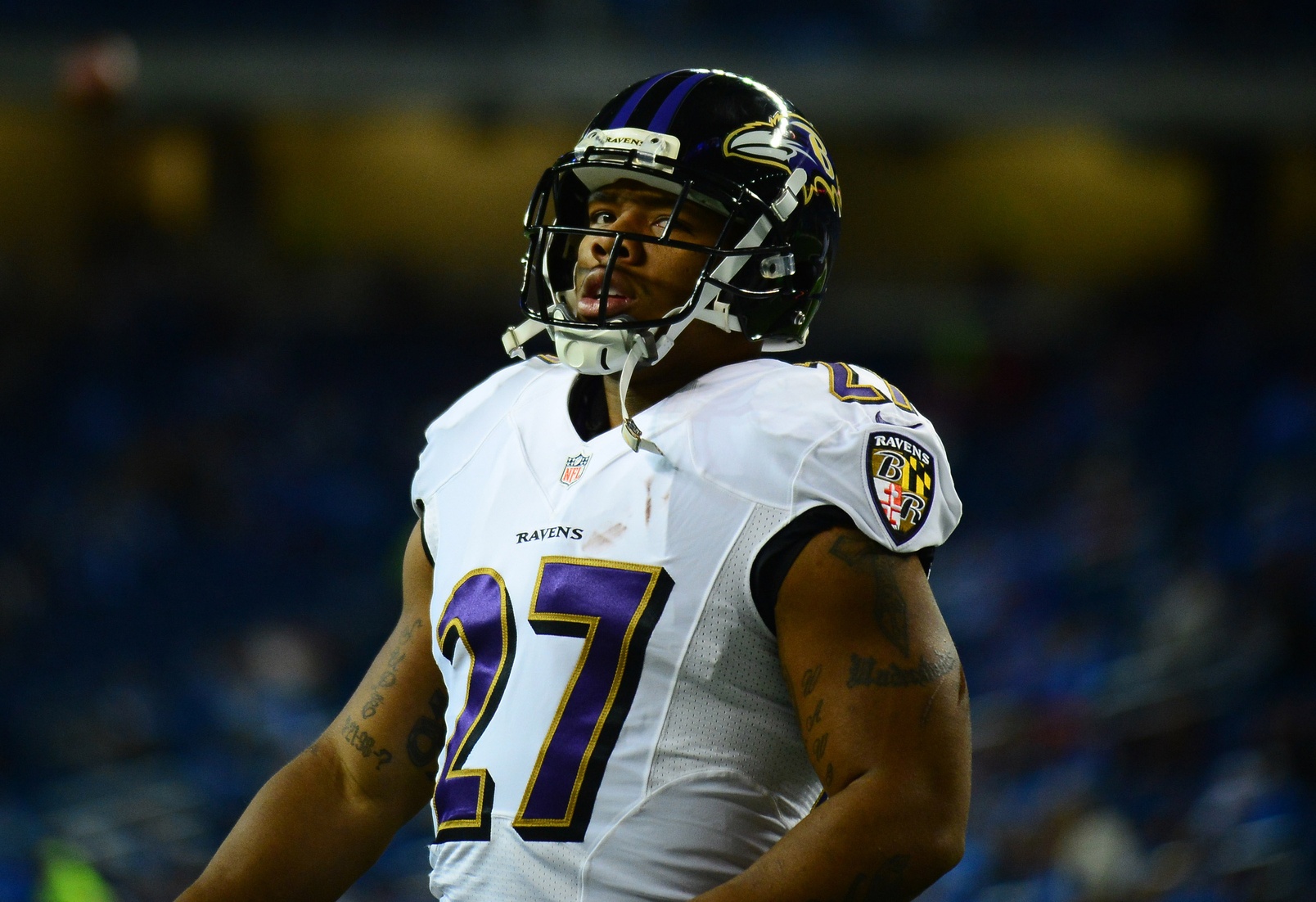 Ravens running back Ray Rice held a press conference with his wife Janay for their first public comments since he was seen dragging her unconscious body out of an elevator.  After being charged with aggravated assault, Rice will (naturally) be allowed to avoid jail time and a trial thanks to an intervention program and counseling.  Rice is still likely to be suspended by the NFL.

Rice offered a blanket apology at his press conference.  His wife Janay, the one seen on video being dragged unconscious out of an elevator by her husband, also apologized.  And the official Ravens Twitter account was there to document it all in an unbelievable display of a lack of awareness and sensitivity to the situation.

Considering this was an assault case that involved Rice’s wife being knocked down and dragged by him out of an elevator unconscious, maybe, JUST MAYBE, it’s not best to reinforce that imagery.  Maybe you just might want to skip that quote in your insane live tweeting of this press conference.

Live tweeting this press conference was a dreadful idea.  It’s an example of precisely what not to do for an official team account because of its total ignorance of the real world around the situation.  This was not an injury report.  This was not an announcement about practice being open to the media.  At no point did the Ravens account make reference to the domestic violence incident, or the assault charges, or the fact that Rice was captured on video dragging his unconscious wife out of an elevator.

This was little more than a full-speed-ahead attempt at repairing Rice’s public image no matter the cost.  Moreover, the team was apparently completely oblivious to the PR disaster occurring in their mentions.  According to the Ravens, what’s really important today is that Janay Rice is sorry for being dragged unconscious out of an elevator and disrupting their little football team.

Congrats to the @Ravens for setting domestic abuse awareness back about 50 years.

I remember when victim blaming was something we did on sandlots, for fun. Now it's all official-like and corporate. @Ravens

what the hell are any of you doing https://t.co/3fSN0mFX4K

THE BALTIMORE RAVENS WOULD LIKE YOU TO KNOW THAT THE JEWISH POPULATION IS VERY SORRY FOR THE ROLE THEY PLAYED IN THE HOLOCAUST.

Domestic violence, and how we view it and talk about it, is a serious, serious issue.  Holding a press conference and putting blinders on to the very real matters at hand is one thing.  Reinforcing those blinders through live tweeting it to 432,000 followers is entirely another.  The Ravens whiffed at Twitter today.  Badly.