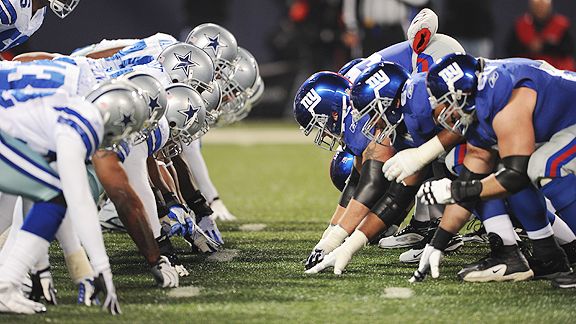 When sports fans generally talk about games that last for a long time, they’re usually talking about baseball. And yes, there’s an issue with the length of baseball games, mainly thanks to the routines that batters and pitchers go through before and after every pitch.

But there’s a sad truth when it comes to the length of baseball games – they don’t take nearly as much time as football games. An analysis done by Aaron Gordon of Sports on Earth last year determined that the average football game was 13 minutes longer than the average baseball game. Four years ago, when determining that the average NFL game contained just 11 minutes of action playing time, the Wall Street Journal revealed that roughly an hour of every NFL game was occupied by commercials, compared to 41 minutes for nationally televised baseball games.

It’s an odd situation, one that has risen out of television ratings and national popularity. Whenever a baseball game takes longer than three and a half hours, pundits go through the roof. Whenever there’s a week (like the second week of preseason games this year) where the NFL has just one game finish in under three hours, you don’t hear a peep.

My initial thought was because of the game production, but according to the WSJ breakdown, there are only 17 minutes of replays during an NFL game, compared to a whopping 67 minutes of players standing around. Maybe it’s all about anticipation while we’re waiting for the center to snap the ball.

But how long will fans tolerate the slow game pace? Are fans, especially those who aren’t social media addicts, going to start DVRing games, sitting down at halftime, and fast forwarding through the chaff until they’re caught up to live action near the end of the game? You could probably do that with a baseball game as well, but it seems easier thanks to the amount of dead time during NFL games.

This is an issue that’s only going to be accentuated this season given the remarkable rise in penalty flags. How will fans respond if there’s a three and a half hour game in Week 1 with 32 accepted penalties? The stoppages will increase and the game will slow to a grinding halt. Will there be complaints about a need to “speed the game up?”

Fans have shorter attention spans nowadays, and the NFL is a juggernaut. The length of games has been completely negated with something like NFL RedZone, which is wall to wall action with hardly a break in action. But of course, not every NFL fan has access to a RedZone like product. How many more instances of “touchdown-commercial-kickoff-commercial” are fans going to take lying down before they throw their hands up and start watching games differently?