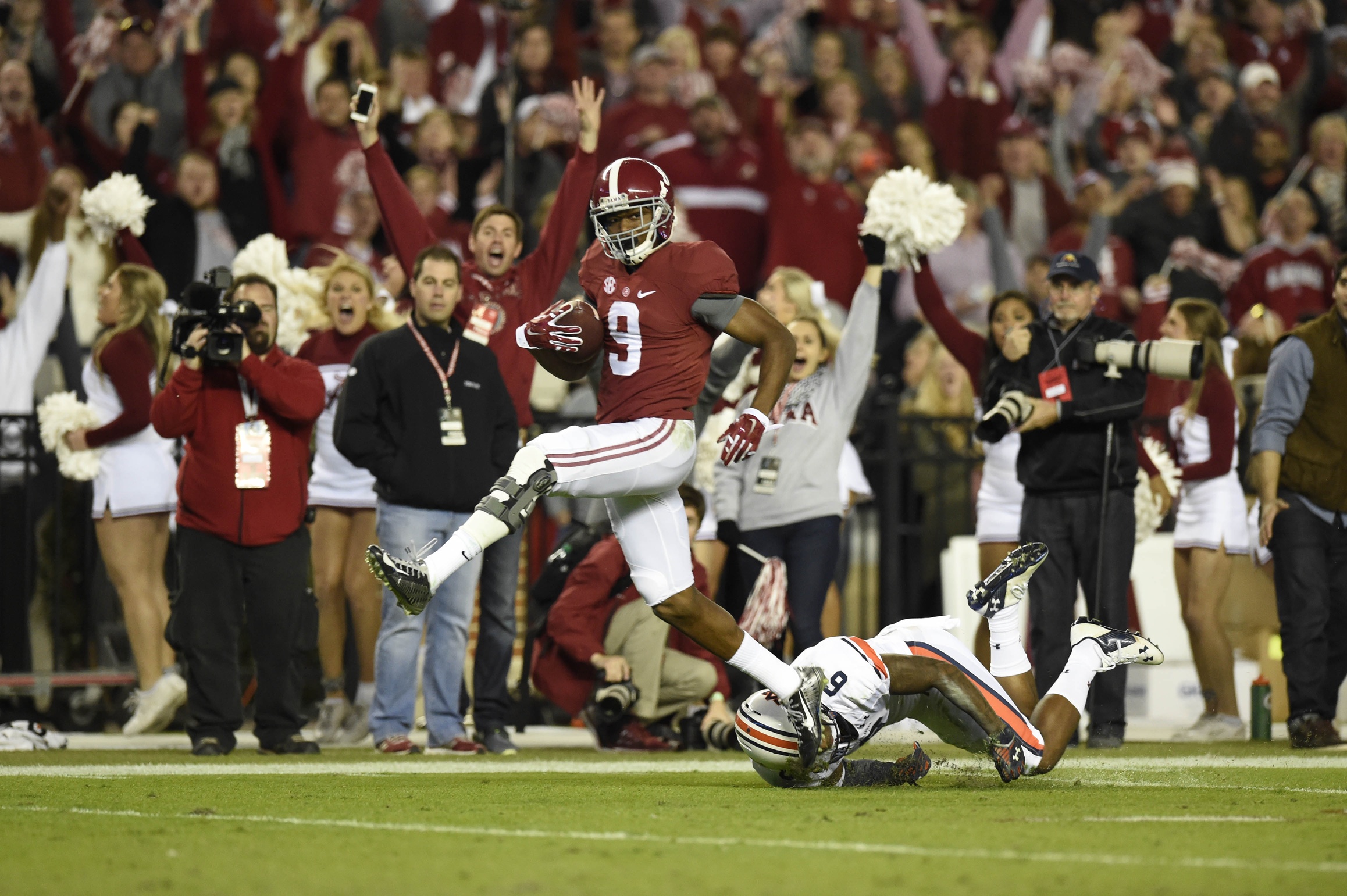 “YOU ARE LOOKING LIIIIIIIVE… at a record-tying rating for ESPN!”

That’s a good way to sum up Saturday night’s telecast of the Iron Bowl between No. 1 Alabama and arichrival Auburn.

While CBS carried the Egg Bowl between Mississippi State and Ole Miss — putting the game on network television for the first time in half a century — ESPN was able to showcase the nastiest rivalry in all of college football, one that often decides the SEC West championship in one direction or another.

The ratings were predictably great for the WorldWide Leader:

There are a few obvious reasons why this game did so well, reasons that don’t need an explanation. However, underneath the surface, there’s a little more to be said about the success of the Alabama-Auburn telecast.

Other sources of this game’s big number are worth exploring, however.

First, while the playoff angle was and is obvious, there’s a deeper layer of context to consider here: When Mississippi State lost to Ole Miss earlier in the day, the Southeastern Conference lost all hope of getting two teams into the playoff. This meant that Alabama was the SEC’s only remaining possibility, a reality affirmed by Georgia’s elimination from the hunt in the previous 24 hours.

I live-tweet every college football Saturday over at The Student Section, and when Auburn gained a 33-21 lead early in the third quarter, my timeline was dominated by excited, effusive outpourings from the non-SEC precincts of College Football Twitter: “THE SEC IS GOING TO GET SHUT OUT OF THE PLAYOFF!”

Forget the fact that premature exultation (a five-yard penalty for internet users) was committed during this game by Big Ten and Big 12 fans. The larger point is that non-SEC fans eagerly tuned in to Tide-Tigers, hoping that the SEC would get its comeuppance. That probably played a role in driving the ratings to a great height for ESPN.

A second layered point to advance is that late-season games — whether in the BCS era or in this playoff era — will draw big numbers, whether rivalry games or not. Last week, a Student Section reader mentioned — accurately — that one of ESPN’s biggest ratings for a Friday college football broadcast was the 2010 Oregon-Arizona game, which was not a rivalry game. Why did that game get such huge ratings? Oregon was in the top two and needed to win to make the BCS National Championship Game. The common thread with Auburn-Alabama is that “Oregon-Arizona 2010” mattered in the playoff race — that’s the unifying component, a core reason for big ratings.

There’s a lesson to be learned here about late-season scheduling, something television executives would do well to consider, especially for Thanksgiving Friday:

That reader mentioned above argued that late-season ratings are matters of chance, relative to scheduling. Sometimes, that’s the case. However, what that reader failed to appreciate is that Oregon and Arizona played for the 2009 Pac-10 championship as well. Putting Oregon and Arizona late in the 2010 season was a response to the 2009 season, in much the same way that the 1984 Thanksgiving Friday game between Boston College and Miami was a response to Doug Flutie being a dynamic Heisman-level player and Miami being the defending national champion in 1984.

College football broadcasters can be more ambitious in how they schedule late-season games. That’s not the foremost story to emerge from Alabama-Auburn, but it’s an important one nonetheless.

The final aspect of this ratings story which deserves a brief explanation: Brent Musburger.

We all saw — and heard — on Saturday night why college football fans have been deprived of a great treasure this season. We’d love to listen to Musburger narrate our daily lives or read off the phone book, but when we watched a big college football game this past season, we couldn’t make time for Musburger on a TENNESSEE-MARTIN/MISSISSIPPI STATE BROADCAST! Viewers didn’t turn away from Musburger because they wanted to, but because they had no choice in the matter.

Thankfully, ESPN brought “Big Game Brent” from SEC Network to the mothership for the Iron Bowl, and America rejoiced. A simple tweet giving thanks — on Thanksgiving weekend — for Brent’s presence in the booth drew a very enthusiastic response from Student Section readers:

YOU ARE LOOKING LIVE, AT A BIG-GAME ATMOSPHERE WITH BRENT MUSBURGER ACTUALLY CALLING THE GAME!#HALLELUJAH

In the world of media analysis, no less an authority than Richard Deitsch of Sports Illustrated said something a great majority of college football fans would instantly agree with:

I said this last year. I'll say it again tonight: Brent Musburger should be calling one of the college football playoff games.

Many people knew that Musburger was calling this game. Surely, the news made some non-SEC college football fans care a little more about tuning in. Just as surely, the announcement gave some casual sports fans — especially pro-sports types who devote a little more attention to college football from now through the bowl season — an extra reason to watch Alabama-Auburn.

In conclusion, there were many obvious reasons why Alabama-Auburn 2014 was such a ratings smash for ESPN. Yet, obvious drivers of a successful television broadcast can coexist with more layered ones. There are a number of lessons for television executives and programmers to take away from this big number in Bristol.