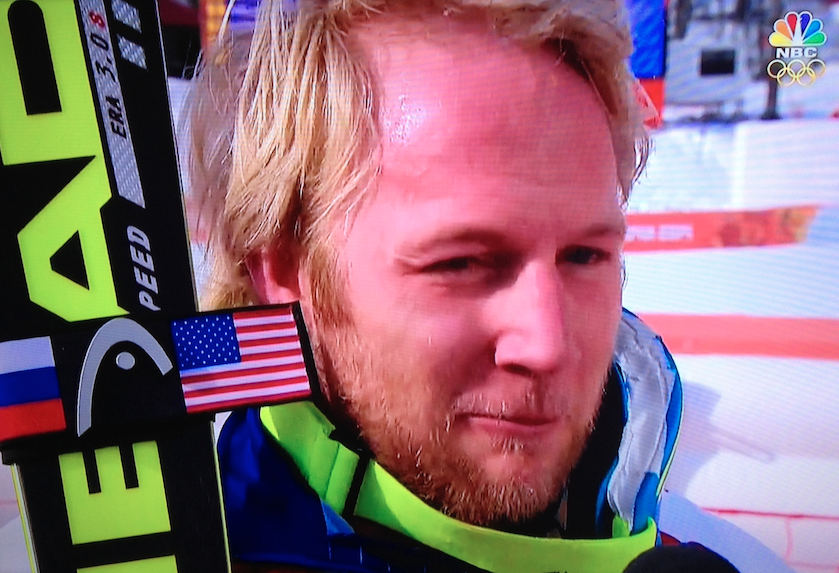 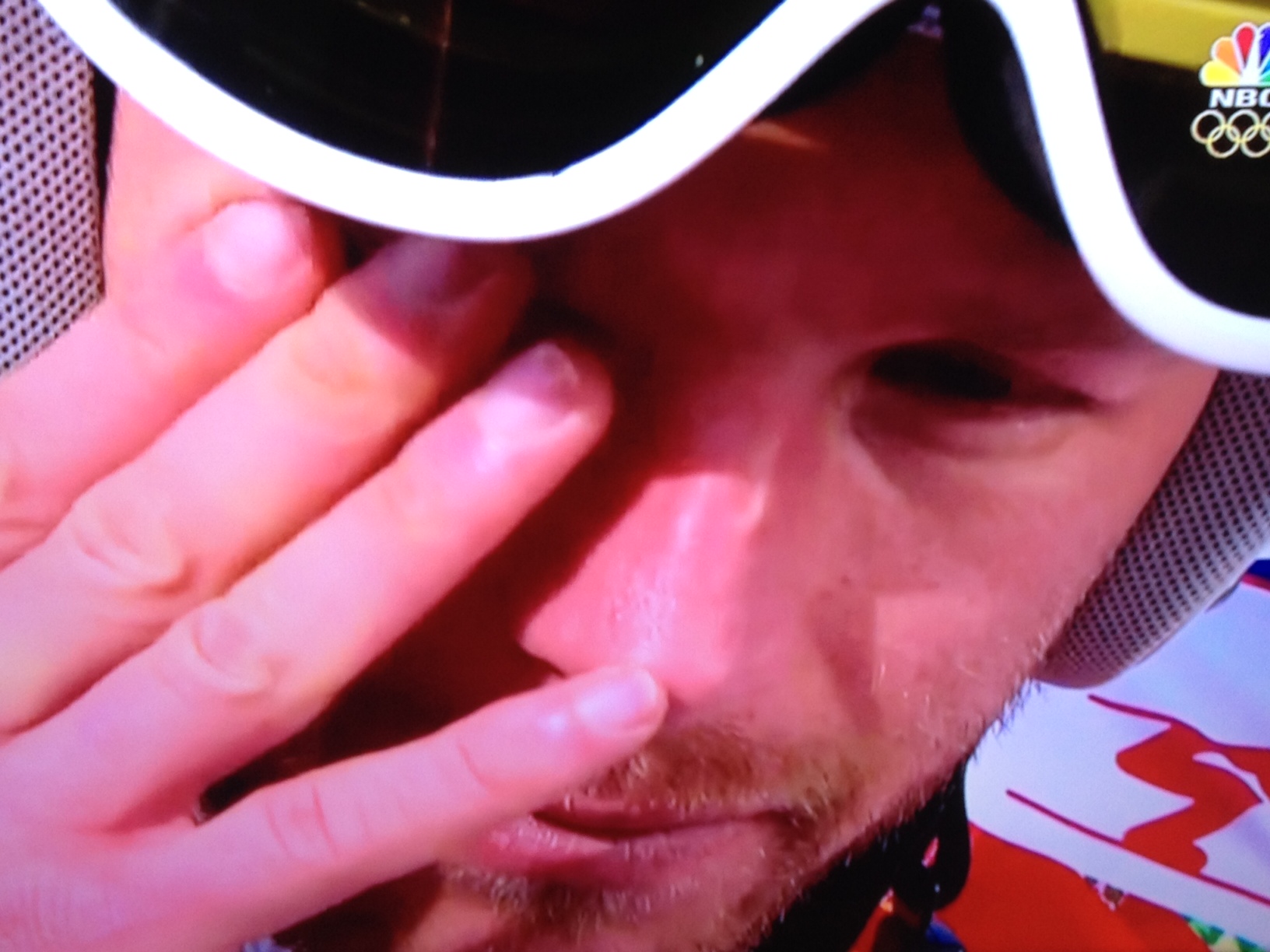 In recent days, NBC's primetime Olympic coverage is being viewed as a scripted miniseries under the veil of Olympic competition.  The story of the Sochi games isn't as much about the athletes or the medal count or even the actual world-class sporting event taking place.  It's about tugging at the heartstrings of viewers across the land and finding stories that will be talked about at the water cooler or the kitchen table.  It's about drawing in people that care about the human interest stories surrounding the Olympics more than the Olympics itself.  Primetime Olympic coverage has always been this way, but with the advent of more live access to the competitions in 2014, the depths NBC is willing to go to create drama and intrigue in primetime is becoming more and more crystallized.

There are times when NBC does a masterful job of this primetime packaging, after all, only the NFL can surpass the consistent drawing power of the Olympics every other year.  But then there are times when the editorial decisions that NBC makes to push manufactured drama over sport leaves a bad taste in the mouths of both dedicated fans and casual viewers.  The bait and switch of the network promoting Evgeni Plushenko as competing in the men's figure skating competition when he had withdrew 10 hours earlier is a prime example of NBC playing with the truth and playing games with their audience.

The uncomfortable interview between Christin Cooper and Bode Miller after Sunday's Super-G final was another example of pushing the story at all costs.

After asking Weibrecht just one question, Cooper turned to Miller.  What ensued angered scores of people watching at home as Cooper pressed Miller hard on the passing of his brother.  Chelone "Chilly" Miller died last year of an apparent seizure at the age of 29.  Below is a transcript of the relevant portion.

Cooper: You've amassed quite a collection.  What's this mean compared to all the others?

Cooper: Bode, you're showing so much emotion down here.  What's going through your mind?

Miller: A lot obviously.  Just a long struggle coming in here.  And… just a tough year.  And…

Cooper: [interrupts]  I know you wanted to be here with Chilly really experiencing these games.  How much does it mean to you to come up with a great performance for him and was it for him?

Miller: I mean, I don't know if it's really for him but I wanted to come here and I don't know, make myself proud.  But…

Cooper: [interrupts]  When you're looking up at the sky at the start we see you there and it just looks like you're talking to somebody.  What's going on there?

At this point, Miller broke down in tears and you can audibly here Cooper say "sorry."

After the interview, there has been a firestorm of criticism aimed at Cooper with the general consensus that she was going to keep pressing Miller until he cried on the air.  I'm not sure that's entirely fair to Cooper, though.  She's not a monster.  In fairness to her, Bode Miller brought up his brother first.  At that point, a question about that topic was entirely appropriate.  Even a follow-up question could be deemed within the grounds of decency and reason.  However, once Miller clearly began to get emotional, a third question on his brother's passing felt like it went too far.  Once the third question was asked, with Miller barely able to speak, it felt like he was no longer a person but a mere character in NBC's Olympic drama.  The whole scene made this Bob Costas bit from The Simpsons seem weirdly prescient.

To his credit, Miller defended Cooper on Twitter after the primetime telecast aired.

My emotions were very raw, she asked the questions that every interviewer would have, pushing is part of it, she wasnt trying to cause pain.

I appreciate everyone sticking up for me. Please be gentle w christin cooper, it was crazy emotional and not all her fault. #heatofthemoment

Indeed, it's not fair to place all the blame on Cooper.  The entire production was framed in a way to draw the most visceral, emotional response possible both out of Miller and the home audience.

If NBC's headline was merely "Veteran skier wins medal" then Bode Miller might as well just be Ole Einar Bjoerndalen and nobody would bat an eyelash.

But if NBC's headline is "Veteran skier wins medal AND THEN BREAKS DOWN AFTER THE RACE OVER HIS BROTHER'S DEATH AND JUST LOOK AT HOW EMOTIONAL HE IS AND HOW MUCH IT MEANS TO HIM" then that's a story the network can work with.

Honestly, what bothered me more than Cooper's questioning was the camera work during the interviews.  Pay close attention below.  Here's the screenshot of Miller's face contrasted with silver medalist Andrew Weibrecht, who we can only presume was awkwardly standing by throughout this interview.  Notice how much tighter the shot is on Bode Miller.  It's almost as if NBC is waiting for a visible tear to fall. 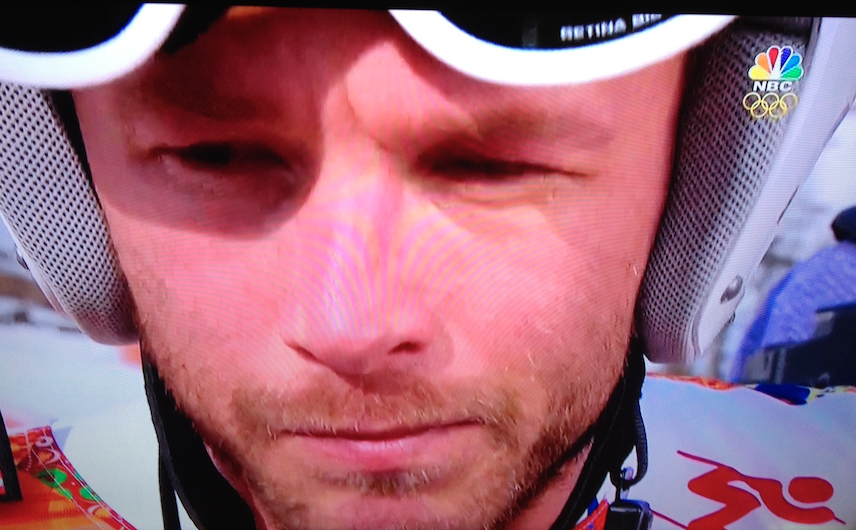 And then the cameras followed Miller after he left Cooper and crumpled to the ground, overcome with emotion. 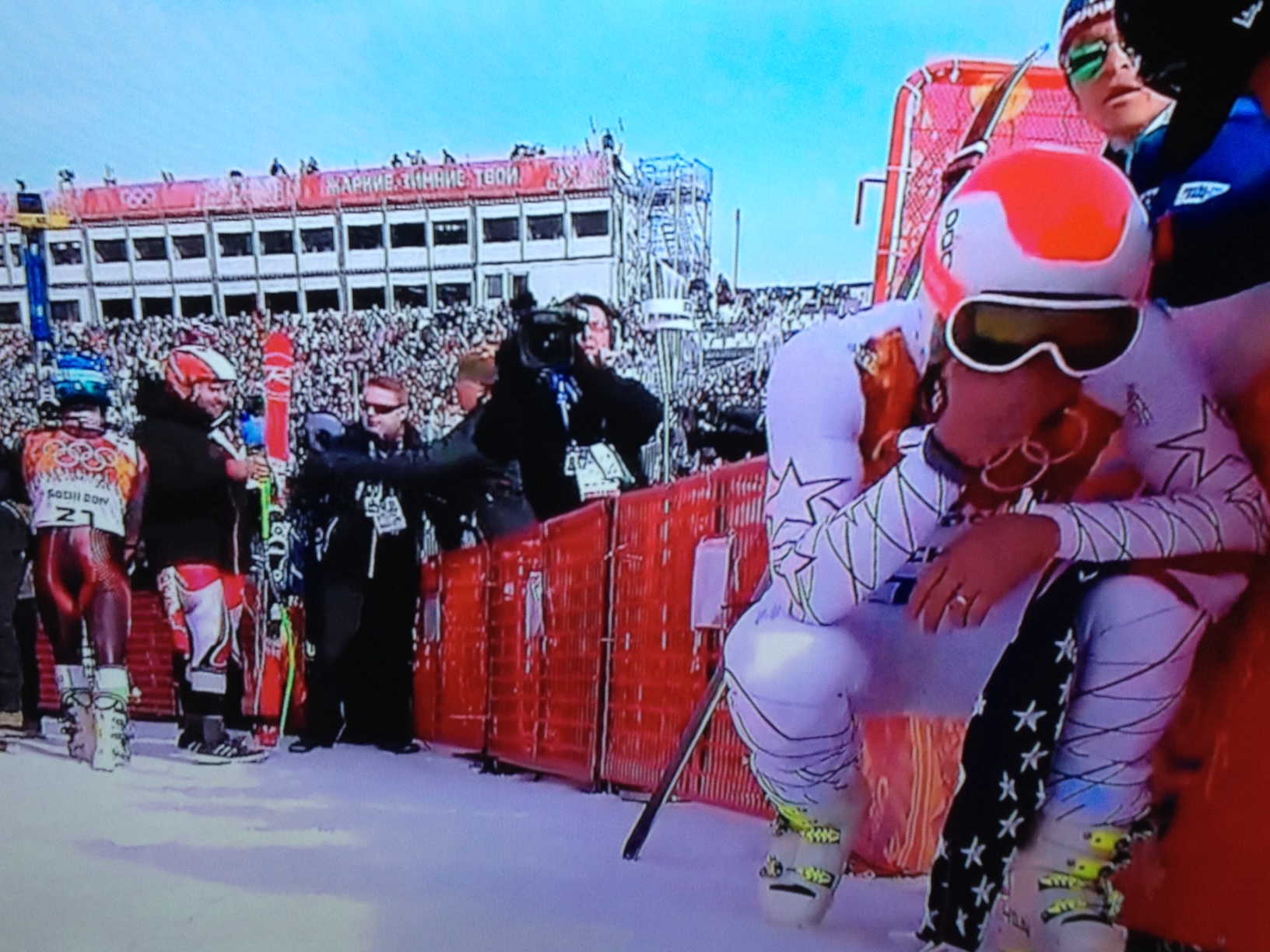 That didn't feel like a great moment of television.  It felt voyeuristic.  Like we were spying on someone at their most vulnerable.  The aggressive line of questioning combined with the shots that invaded Miller's space created an overwhelming sense of intrusion.  That's ultimately why there was so much outrage over this brief interview.

Was NBC and Christin Cooper going to stay with Bode Miller until he broke down in tears?  I seriously doubt it.  But that's exactly the impression the network gave viewers Sunday night, and in television, impressions are everything.  In that moment, NBC gave the impression that their story is more important than the athletes themselves.

UPDATE: NBC has responded with an official statement on the interview…

“Our intent was to convey the emotion that Bode Miller was feeling after winning his bronze medal. We understand how some viewers thought the line of questioning went too far, but it was our judgment that his answers were a necessary part of the story. We’re gratified that Bode has been publicly supportive of Christin Cooper and the overall interview.”