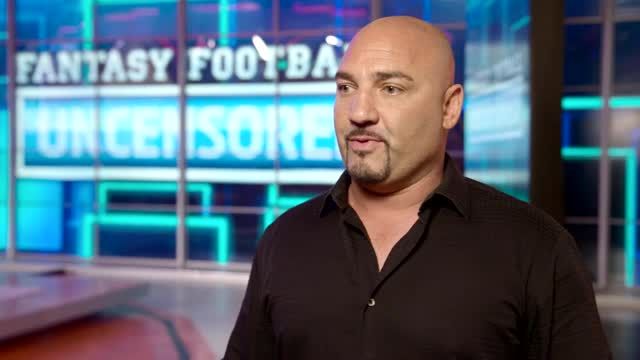 When Fox announced plans for a new weekly fantasy football show, there was a collective eyebrow raise across the industry.  Fox’s obsession with Hollywood and forcing celebrities of any kind into their sports programming has always been akin to fitting a square peg in a round hole.  It struck again with FFU (quite the acronym, by the way) as Fox Sports 1 was pairing top NFL reporter Jay Glazer with C-list celebrity David Spade to lead the show.  Other celebrities that filled out the lineup for the fantasy league included former UFC champ Chuck Liddell, a couple other lesser-known comedians, and some guy from Rascal Flatts.  On the bright side, at least Fox Sports 1 finally found a platform for Katie Nolan.

While there are plenty of skeptics who doubt the show’s ability to succeed in the long-term, Fantasy Football Uncensored picked up a huge ratings win with its debut on Saturday.

This is a significant victory for the network because Fantasy Football Now is regarded as the best fantasy football show on the market currently.  And when FS1 has tried to compete on ESPN’s turf before, it has not worked out well at all.  See the ratings of Fox Sports Live and the cancellation of Fox College Saturday after one year.

Individual ratings for studio shows always have to be taken with a grain of salt.  And the lead-in audience certainly helped FS1 in this case.  FS1’s NASCAR practice drew over twice the audience lead-in (190,000 viewers) than ESPN2’s High School Elite (79,000 viewers).  It is encouraging for FS1 that they were able to retain almost 90% of the audience from the live event that preceded Fantasy Football Uncensored.

Fox Sports 1 has seen its share of occasional victories in their quest to take on ESPN.  But can Fantasy Football Uncensored keep up the viewership levels when it moves to its weekly Thursday night slot at 7 PM ET?  Can Fox’s celebrity lineup consistently deliver the news and information that fantasy football players are seeking throughout the season?  Or is this another celebrity dalliance from Fox that will ultimately lose its appeal?

These are the major questions for Fox, and the deciding factors in whether or not Fantasy Football Uncensored can do what other FS1 shows have not and thrive in the long-term.