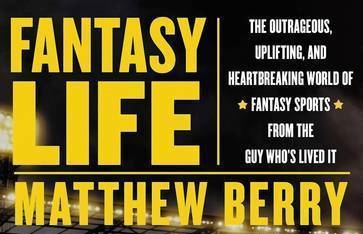 Matthew Berry’s Fantasy Life book, which chronicled some incredibly memorable stories about fantasy sports, has been turned into a pilot by Fox. The pilot will star Entourage’s Kevin Connolly.

Fox has experienced plenty of success with The League over on FXX (previously on FX), and recently launched Fantasy Football Uncensored on Fox Sports 1. They’re going to the fantasy sports well once again with Fantasy Life, which is described (via Deadline) as an office comedy about a man who gets his dream job working for a major sports network in their fantasy sports department.

Obviously, there’s a chance this won’t see the light of day, given that it’s a pilot. But considering how many shows (especially comedies) cycle in and out of the network primetime schedule, there’s a decent chance we could actually see this pilot picked up.

As for the concept, I have no idea if it will actually work well. The description seems like it’s trying to create something resembling Berry’s actual story (goes from Hollywood to ESPN, in a very general summary) as opposed to creating something resembling the book (stories about various fantasy players throughout the years). Then again, a lot of the craziness surrounding fantasy football (to an absurd, hilarious degree) takes place in The League, I can see see why they wouldn’t want to cannibalize content.

But just imagine the possibility of Fox having three different fantasy football themed shows on three different networks next year. At that point, even the most ardent fantasy opponents couldn’t deny that this isn’t just some trend that will soon fall by the wayside.