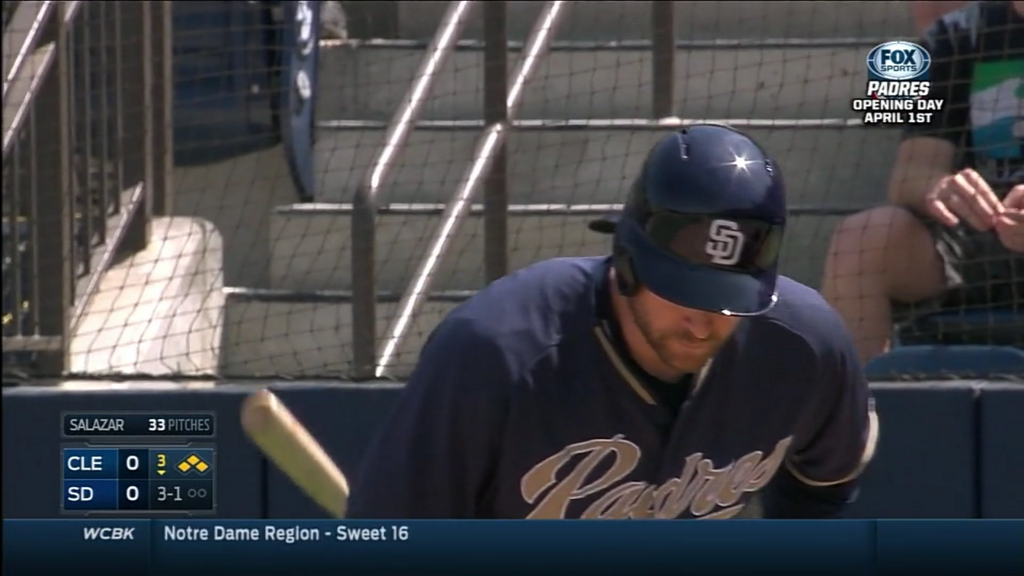 Every few years or so, every network undergoes an upgrade of their graphics and score overlay. It’s just something that needs to be done to keep current. Usually, it’s done when a network is about to broadcast a Super Bowl, but Fox has updated their graphics for the beginning of baseball season.

The image above — taken from a broadcast of a Cleveland-San Diego Spring Training game — appears to be Fox’s (and Fox’s regional networks’) new score overlay. It is consistent with the graphics of Fox Sports 1, and Fox Sports Live for that matter, so one would imagine that this is what Fox baseball broadcasts will look for the foreseeable future.

I like the look, as it’s clean and non-intrusive, though I’d bet they’ll have difficulty in some ballparks with that lower left corner placement. It’ll be interesting to see how they use it in other sports. One would guess that Fox’s football and soccer, as well as FSN’s hockey and basketball broadcasts will take such shape for next season.

Trends in graphics have always interested me. For a while, it was just a small box in the upper-left hand corner, then a line at the top of the screen became cool. Now, the networks appear to have trended back to boxes, or at least Fox is trying to do that for the next little while.