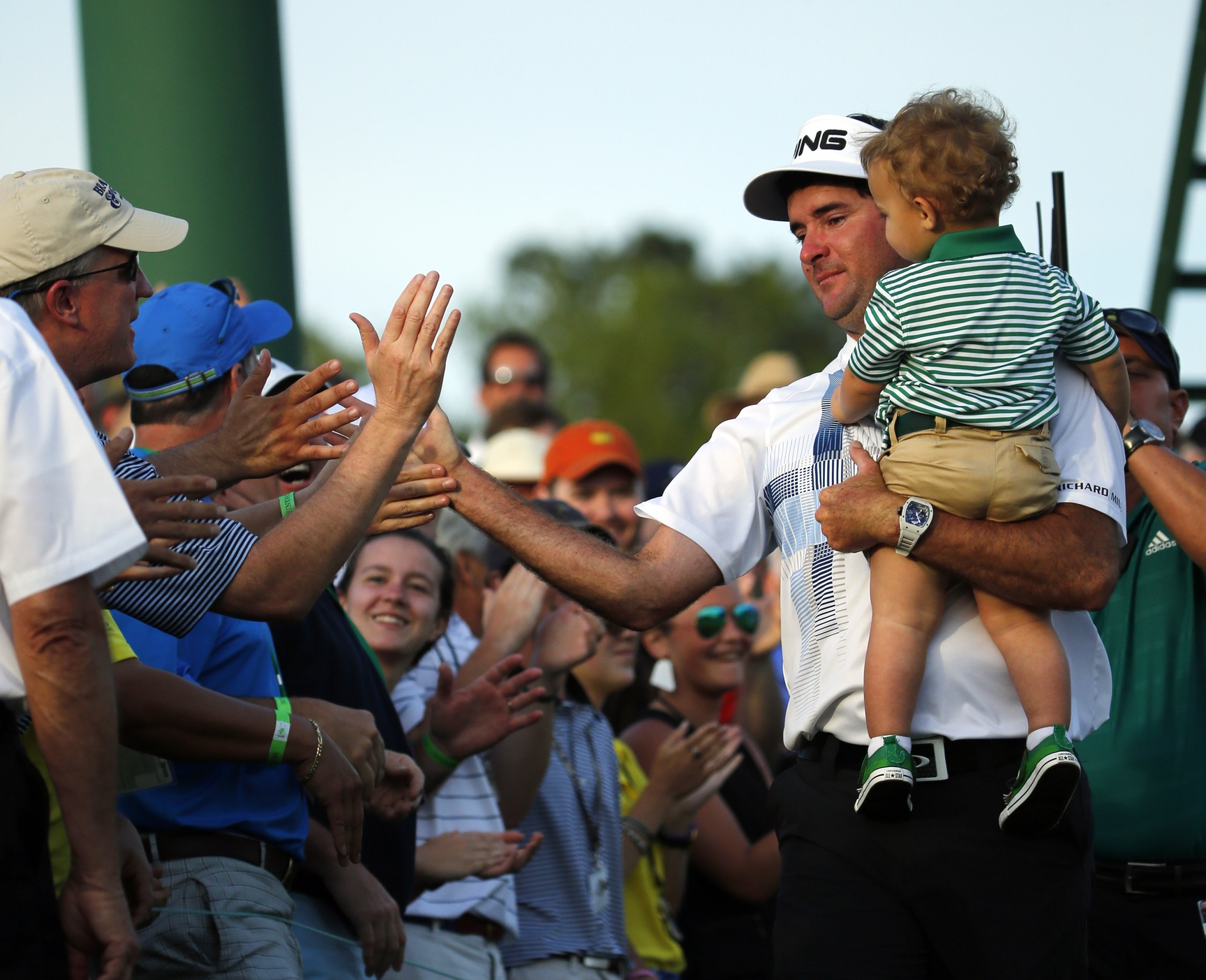 Without Tiger Woods, the 2014 Masters was always going to take a hit in the television ratings department.  Heading into Sunday though, it could have been much worse for CBS.  The final pairing of Bubba Watson and Jordan Spieth presented two really good stories – Watson going for his second green jacket in three years and Spieth looking to become the youngest champion in tournament history.  Behind the front pairing were well-known players like Matt Kuchar, Jim Furyk, Rickie Fowler, and Fred Couples.  It was far from a doomsday scenario for CBS considering they could have had a final pairing of Jonas Blixt and Thomas Bjorn.

Nevertheless, after an exciting opening 9 holes, the drama petered out for once at Augusta National as Bubba Watson cruised to a comfortable three shot victory.  Spieth’s heroics on the front 9 including a holed bunker shot were exciting, but he didn’t make a birdie in his final 11 holes.  Nobody made a charge.  The trademark Sunday roars were replaced by, well, polite golf claps.

The Tiger Effect is certainly something very real in televised golf, and so is the fact that people will tune out when it looks like a tournament is decided.  The lack of Tiger, and lack of a close finish, combined to produce the lowest Sunday overnight rating in 10 years.  Via SBJ’s Austin Karp:

CBS gets 7.8 overnight rating for final round of The Masters. Lowest since 2004 when Mickelson won on Easter Sunday. Last year was 10.2

CBS' 7.8 overnight for The Masters final round yesterday also down from 8.1 rating in '12 for Bubba Watson's first win (Easter Sunday).

Third round numbers were even worse, drawing a 4.4 overnight rating, the worst since 1995.  Does more of the blame for the low number go to Tiger’s absence or the lack of back 9 drama?  Here’s a full chart taking a close look at all of these factors.  A 0 for the margin of victory represents a playoff:

There certainly is a relationship between the Tiger Effect and golf ratings, but it may not be as straight-forward as one would assume.  The most watched Masters of the last decade was Phil Mickelson’s 2010 victory and not Tiger’s win in 2005.  (Of course, Tiger’s return from his infidelity scandal played a role in those ratings as well.)  Yet, Tiger’s triumph also comes in 3rd behind Charl Schwartzel’s 2011 victory as well.  Likewise, Tiger being in the hunt doesn’t automatically produce huge ratings.  He finished in the Top 3 from 2006-2008 and the Sunday overnight ratings were a 9, 9.1, and 8.9 respectively.

A close finish doesn’t necessarily mean ratings gold either.  Two of the four playoff finishes in the last 10 years were below average in ratings (2009 – Angel Cabrera, 2012 – Bubba Watson).  The lowest rated Masters in 2004 was in fact Phil Mickelson’s dramatic first major win, but it also fell on Easter Sunday.

The recipe for great ratings for the Masters is a combination of things – a close finish, the presence of Tiger Woods, and other major stars in contention.  Bubba Watson may be a 2-time Masters champ who owns the General Lee, uses a pink driver, and is growing in popularity… but he can’t carry a television audience on his own just yet.