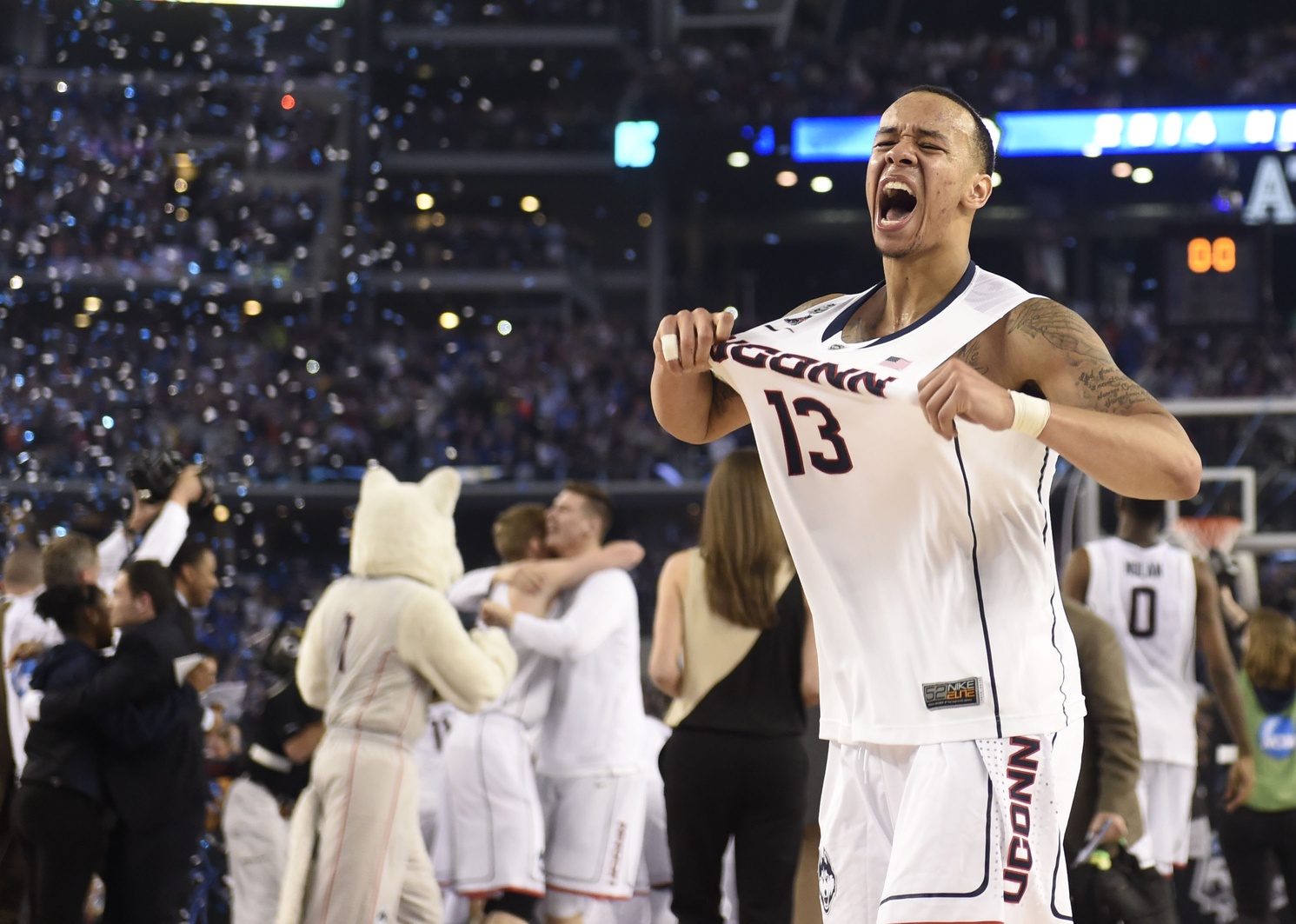 Connecticut’s victory over Kentucky in the climax of this year’s NCAA Tournament was a fitting end to one of the more unpredictable tournaments in recent history.  Usually a #7 seed taking on a #8 seed wouldn’t be considered a recipe for a huge audience, but the Huskies and Wildcats weren’t your ordinary #7 and #8 seeds.  With two of the premier programs in the sport and a close game that wasn’t decided until the final minute, a huge audience should be expected.

The 2014 National Championship Game drew 21.2 million viewers on Monday night.  That total was down slightly from last year’s Louisville-Michigan encounter, but up from 2012 when Kentucky beat Kansas.  SBJ’s Austin Karp tweeted out the numbers.

Backtracking to Saturday night’s Final Four on TBS, TNT, and truTV, we now have individual viewership numbers for each channel thanks to John Ourand.  Like we anticipated might be the case, the confusion over the teamcasts led to lopsided audience figures.  While the majority of fans successfully found the national feed on TBS, scores more tuned to the TNT teamcasts than truTV.

Final Four TV numbers are in. TBS had 10.4M viewers for Kentucky-Wisconsin; TNT had 4.3M and truTV had 1.6M.

Between the two games, TBS had 65% of the audience, TNT had 26%, and truTV had just 9%.  Are we to really believe that Florida and Kentucky have that many more fans than UConn and Wisconsin?  Of course not.  It’s likely a sign that viewers didn’t comprehend the idea of the Teamcasts for a variety of reasons.  The central reason could be the simple fact that TNT and TBS are much more popular channels than the lightly-watched truTV.

Given those audience figures, no wonder there were so many fans wondering why the broadcasters on TNT were so biased towards one team.  This is a stark difference from ESPN’s BCS Megacast where the main feed retained 98% of the audience.  It’ll be interesting to see what the numbers look like if Turner tries the Teamcast again and is able to more clearly explain the concept to viewers.

It was an interesting year for CBS and Turner.  We saw a new lead announcer call the Final Four in Greg Anthony, shuffling amongst the cast of characters in the studio, and of course the launch of the Teamcasts.  All totaled, the viewership figures on television and online and response to the coverage in 2014 should have CBS & Turner feeling good about their NCAA Tournament partnership.