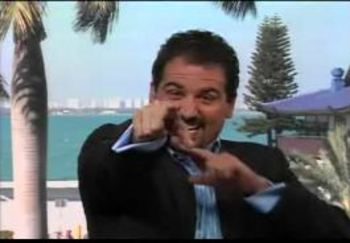 Let’s run down the timeline as it played out in the offices of ESPN executives as they suspended two of their most prominent television and radio personalities in the span of two weeks…. Stephen A. Smith makes an offensive comment about women provoking domestic assault on a Friday.  After silence for two days, the network finally releases a statement on a Sunday that amounted to an advertisement to watch Smith’s show on Monday.  After an apology on Monday, Smith is suspended for one week on Tuesday, four days after the original incident.  This statement is released by the network:

“ESPN announced today that Stephen A. Smith will not appear on First Take or ESPN Radio for the next week. He will return to ESPN next Wednesday.”

While that is happening, Dan Le Batard takes part in a satirical bit on his radio show about buying advertising space in northeast Ohio to troll LeBron James that goes on for multiple days.  On a Thursday, billboards bought by Le Batard appear in Akron, Ohio and begin to make waves nationally.  Later that day, Le Batard is suspended for two days by ESPN with this forceful statement:

Dan LeBatard will be off the air for two days, returning Monday. His recent stunt does not reflect ESPN’s standards and brand. Additionally, we were not made aware of his plans in advance.

The discrepancies here aren’t a good look for Bristol, and it only opens ESPN up to further criticism for their inconsistent disciplining policies.  Not only did they take much longer to act on Smith than Le Batard (to the tune of multiple days) they were also much more forceful in publicly admonishing DLB.  Referencing the importance of ESPN’s “standards and brand” for a billboard stunt and not for Stephen A. Smith telling women to stop provoking domestic assault is just plain laughable and woefully out of touch.  ESPN has seen their wide range of silly publicity stunts (see: #WhenSkipMeetsTebow), so to get their knickers in a twist over this is really bizarre. ***UPDATE: In case two wasn’t enough, Max Kellerman marked the third ESPN personality to be suspended in the last two weeks.  He was disciplined for opening up about his own past domestic violence issues with the Ray Rice case. That’s a point that needs unpacked further, but the second part of ESPN’s statement is all the more puzzling.  They were not made aware of his plans in advance?  Were they not listening to his radio show?  When Le Batard’s scheme to run a full-page ad in Cleveland was stopped, he wondered aloud about buying billboards.  Does nobody in Bristol, Connecticut pay attention to their own programming? Here’s the rub, though.  These kinds of “stunts” are exactly why ESPN is paying Dan Le Batard.  It’s why he got his own ESPN2 show and why his local Miami radio show was moved nationally to ESPN Radio.  This is who he is.  Remember the Deadspin Hall of Fame vote?  That was done because, in Le Batard’s words, “I always like a little anarchy inside the cathedral we’ve made of sports.” Why did Le Batard buy billboards in Akron?  The same reason.

Le Batard said Wednesday that taking out the billboards is “all meant in fun — which, of course, will turn into Cleveland people getting filled with rage, poison and irrational hostility and want to use those billboards as a guillotine. Sports are so great, the more irrational the better. This is a publicity stunt disguised as a movement … It’s just fun anarchy.”

What Le Batard has done over the last year is really a brilliant piece of satirical commentary on the daily sports conversation in this country.  He’s openly making fun of the age of “hot sports takes” and “trolling” by going completely over the top and, gasp!, having fun with it. Yes, buying billboards in Akron saying “You’re Welcome LeBron” is totally ridiculous. But you know what else is ridiculous?  ESPN paying a 62 year old man to go on national television and troll LeBron James by calling him “Prince James” and “LeBrick.” Now riddle me this… what’s the difference between Dan Le Batard buying billboards in Akron, Ohio to troll LeBron James and Skip Bayless doing the same thing every weekday morning on First Take for years going back to the days of Cold Pizza?  One is an obvious joke.  One is the “conviction” of a man who “believes every word he’s saying.”  Also, one is apparently worthy of a suspension.  The other is worthy of a seven figure contract. What’s ESPN really punishing here?  Is it humor and creativity?  Or is it the fact that Le Batard’s satire isn’t helping their ratings directly?  By suspending Dan Le Batard over his “fun anarchy” ESPN is not just being wildly hypocritical, they’re being a bit of a wet blanket too.  Quite the double play combo. ESPN suspending Dan Le Batard for two days, and giving a very clear reason for why they did so, brings to light other comments and actions that have not been punished by the network.  One has to assume that all of these actions were fully sanctioned by the Bristol hierarchy because they didn’t receive such a public “shame on you” message.  Like Skip Bayless stretching the truth about being a high school basketball star.  Or Colin Cowherd saying Pacers fans weren’t attending games because of race.  And let’s not forget about all the underhanded tactics of former ESPN commentator Craig James that were never disciplined. So what is it that truly does reflect ESPN’s standards and brand, again?