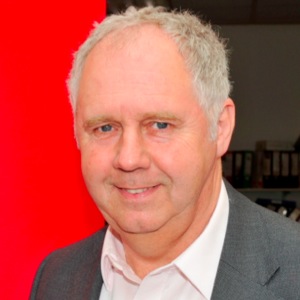 ESPN is slowly but surely revealing its list of on-air talent for the 2014 World Cup from Brazil.  Already a list of studio analysts have been announced and now we know the full list of play by play men who will call the games.

In 2010, ESPN went in a completely new direction with their voices announcing World Cup games.  Out went the likes of Dave O’Brien and Jack Edwards.  In came respected British commentators like Martin Tyler and Ian Darke.  In fact, ESPN went with all British play by play men for the broadcasts.

The decision to bring a British flair to the American broadcasts, although much debated by hardcore soccer fans, proved to be a leading edge in the revived coverage of the tournament.  Darke in particular became such a hit with American fans that he stuck around as ESPN’s lead commentator for all soccer games.  ESPN’s soccer coverage matured in 2010 and has grown to become one of the best things about the network thanks to the respect given to the sport and the respect drawn by these commentators.

In Brazil, we already knew that Ian Darke would be replacing Martin Tyler as the lead announcer thanks to his long-term contract with ESPN.  Joining him for the World Cup will be veteran ESPN announcers Derek Rae and Adrian Healey, EPL commentators Jon Champion and Daniel Mann, and ESPN’s Fernando Palomo calling his first World Cup.  Here’s a brief bio from ESPN on each…

Champion is one of the United Kingdom’s most respected football announcers. He is heard in the UK and around the world on a weekly basis commentating on the top matches in English football including the Premier League, a league he has worked on since its inception.

Darke joined ESPN in August 2010 after his critically acclaimed work on the network’s award-winning presentation of the 2010 FIFA World Cup. The past four years, he has voiced some of the seminal moments in televised soccer in the United States.

Healey is the lead voice for MLS on ESPN. The 2014 World Cup will be his seventh major international tournament for ESPN. He previously called the World Cup in 2006 and 2010, the FIFA Women’s World Cup in 2007 and 2011, and UEFA European Football Championship in 2008 and 2012.

Palomo is the play-by-play voice for the Mexican National Team matches on ESPN and host of Fuera de Juego, ESPN Deportes and ESPN International’s highest-rated soccer program since 2006. He is also a former anchor of SportsCenter on ESPN Deportes.

Rae, a former British Sports Broadcaster of the Year, is best-known to U.S. viewers as the voice of the UEFA Champions League on ESPN from 2003-09. He has also provided play-by-play commentary for ESPN’s coverage of the UEFA European Football Championship in 2008 and 2012, in addition to the 2010 FIFA World Cup.

This is a fantastic lineup of play by play commentators.  Even though there’s no Martin Tyler present, this may be an even better lineup than in 2014.  Champion is a top game caller and has worked EPL games in the past for ESPN UK so his addition makes a lot of sense.  Mann is very good as well and has a recognizable voice to add to ESPN’s stable.  Rae, Healey, and Palomo have put in great work across ESPN’s depth of soccer coverage.

ESPN set a very high bar with their coverage for the 2010 World Cup.  As they pass the baton to Fox after Brazil, they aim to set an even higher standard in 2014.