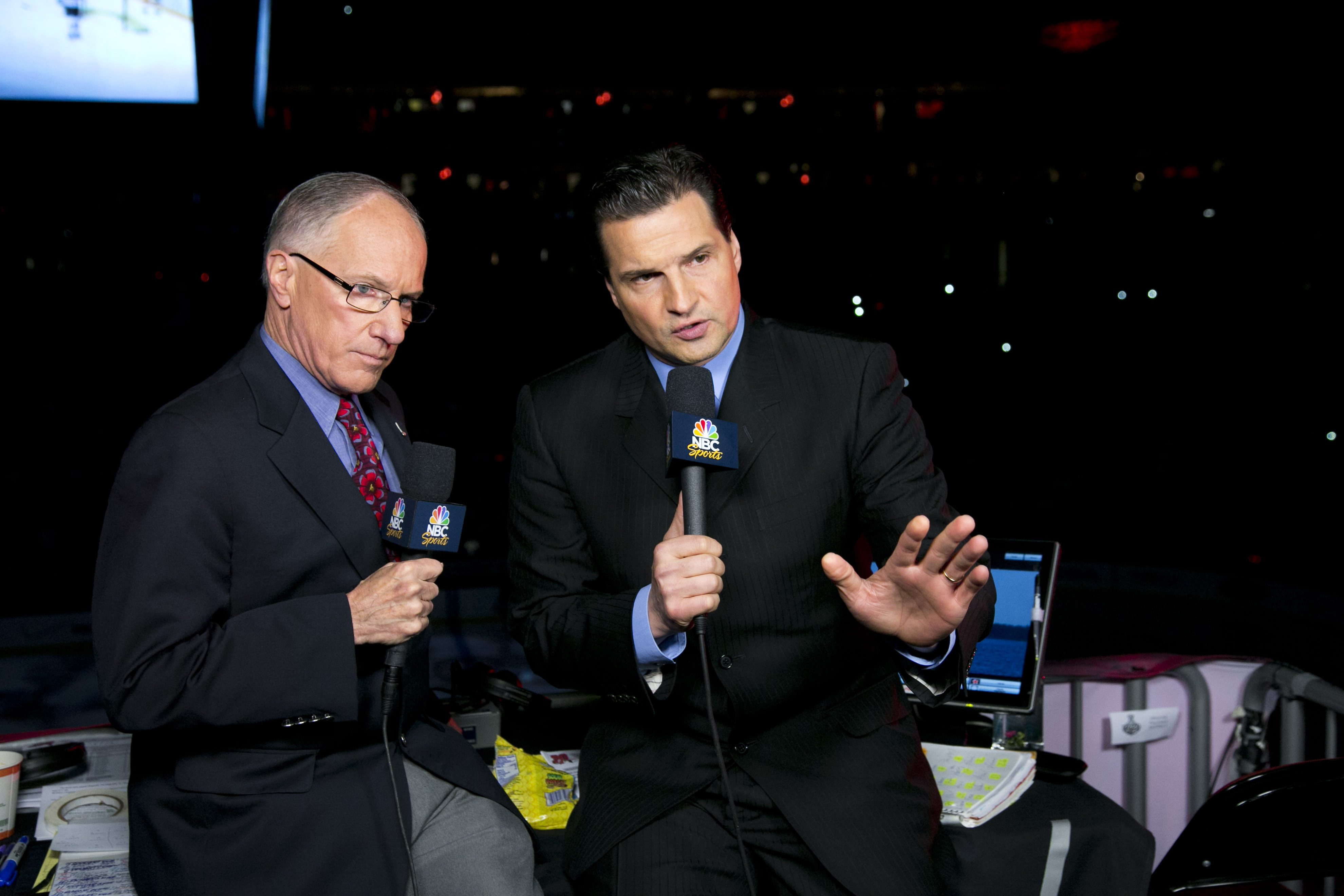 After years of having him do horse racing work on hockey telecasts, NBC will finally bring their lead NHL analyst to the track for television purposes.

Eddie Olczyk, who’s called the Stanley Cup Final on NBC with Mike Emrick and Pierre McGuire for the past eight seasons, will work as a reporter on NBC Sports Group’s Saturday night telecast of the Breeders’ Cup Challenge Series: Win and You’re In race from Santa Anita Raceway. The race will be part of an NBCSN telecast this Saturday at 7 p.m. ET.

Olczyk, who scored 342 career goals with six different teams, won a Stanley Cup with the New York Rangers in 1994. That aspect of his career is relevant because, on his day with the Stanley Cup (or “a” day with it, they didn’t really give each player a day back then) he brought the trophy to the Belmont Stakes. There are even rumors that the 1994 Kentucky Derby winner, Go for Gin, was fed briefly out of the Stanley Cup, but those are merely rumors.

Laffit Pincay will host the broadcast for NBCSN, with analysts Jerry Bailey and Randy Moss (it’s the man known for horse racing, NBC isn’t having a theme night). Carolyn Manno and Nick Luck will be reporters along with Olczyk. The Breeders’ Cup Challenge Series will feature 18 races across NBC and NBCSN, but this might be the one that gets a few hockey fans’ attention.