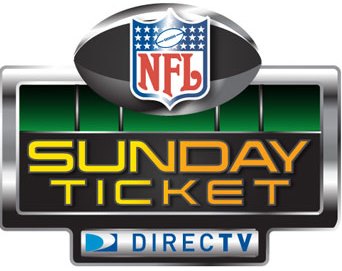 As has been speculated and reported on for months and months, the NFL and DirecTV finally have made it official today – Sunday Ticket is sticking around for several more years.  The two sides announced a new multi-year contract today that will see DirecTV hold its out-of-market NFL package for its subscribers.

Here’s the announcement from the NFL:

The National Football League and DIRECTV have extended and expanded DIRECTV’s exclusive rights to carry NFL SUNDAY TICKET and its package of every Sunday afternoon out-of-market game through a new multi-year agreement.

Under the new pact, DIRECTV will also continue to broadcast its RED ZONE CHANNEL and its new DIRECTV FANTASY ZONE channel that debuted this season. In addition, DIRECTV and the NFL also extended their NFL Network distribution relationship with DIRECTV to offer its customers TV Everywhere access to NFL Network anytime, anywhere on virtually any device.

As far as the specifics of the deal that weren’t announced, various sports biz reporters pegged it at 8 years and $1.5 BILLION per year.

A source confirms $1.5 billion number on NFL/DirecTV deal. That's higher than most industry people expected. Power of the NFL…

That 50% increase in rights fees is certainly significant, especially considering the extra primetime games on Thursday nights that have somewhat diluted the Sunday afternoon offering since the last Sunday Ticket deal.  It’s a great deal for DirecTV to keep the package as Sunday Ticket has long been a tentpole of their service, especially considering the school of thought that a new media company like Google or Apple might take a look.  However, with this new deal in place, it looks like anything transformational on the NFL rights front is still years away.

Along with its recently completed deals with NBC, CBS, Fox, and ESPN, the NFL now has all of its major television deals locked up well into the next decade.