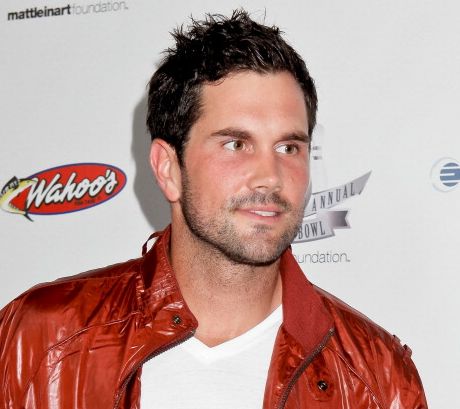 Before we get to the issue at hand, where the TV Superman takes a cheap shot at Matt Leinart, I would like to know why TMZ even felt the need to talk to Dean Cain? The man spends most of his time starring in TV Movies on Lifetime and/or the Hallmark Channel with the rotating crew of Melissa Joan Hart, Tori Spelling, and… oh, what’s her name.

Anyway, TMZ caught up with Cain outside a Costco and asked him his thoughts on Johnny Football:

Ouch. Whoever was on the other side of the camera pointed out that Leinart is still “living the dream” (even though it’s not in the NFL). Leinart heard about these cheap shots and responded via Twitter, because how else do you respond to insults from Dean Cain via TMZ?

Put 7 years in, pretty sure that's 7 more than 99% of the world. Some people should stick to their day job because they couldn't cut it!

It’s a pretty damning sign for Matt Leinart’s career trajectory if he’s feuding with television stars from the mid-90’s. What, did Urkel not have any thoughts on Johnny Manziel learning from the mistakes of his predecessors? Leinart can’t even get burned by the current Superman? Yeesh.

For what it’s worth, even though Cain is clinging to D-List status, he’s at least still acting and involved in many different projects, if good old IMDB is to be trusted.

If you Google “matt leinart job” all you get back are now irrelevant football stats. Perhaps Cain’s comments hit a little too close to home.