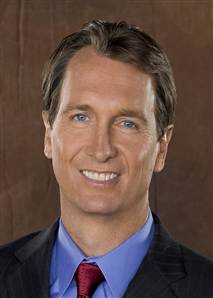 Quick question – what’s the longest running series on cable television?  You might guess SportsCenter since it dates back to ESPN’s earliest days.  You might even guess something like Monday Night Raw.  Maybe there’s something hiding away on WGN or TBS that’s been around forever.

The answer, believe it or not, is Showtime’s Inside the NFL.  The NFL magazine show has been a staple now for almost 40 years.  Although it’s seen a change of network and alterations in structure and casting, it still stands as cable television’s longest running series, dating back to 1977.

Now before the 2014 season, its longest running cast member appears to be stepping aside.  Barry Jackson of the Miami Herald drops this note that Cris Collinsworth will be leaving the show:

NBC lead analyst Cris Collinsworth is giving up his gig on Showtime’s Inside the NFL and may do some cable work for NBC Sports Network before or after the Sunday games that he calls with Al Michaels on NBC. The move will reduce Collinsworth’s travel load. Collinsworth, who lives in Cincinnati, needed to travel to Mount Laurel, N.J. every week to do the show.

It makes sense that Collinsworth would do more work for NBCSN rather than the CBS-owned Showtime and reduce his heavy workload, but this marks the end of an era.  Collinsworth had been a part of Inside the NFL since 1989 and was one of the faces of the real glory days of the show alongside Len Dawson and Nick Buoniconti.  As a football fan who grew up in the 90’s, it didn’t get better than watching the highlight packages and analysis delivered by Inside the NFL.

Of course, times change and detailed NFL magazine shows are everywhere these days.  It’ll be interesting to see what direction Inside the NFL and Showtime go next.  Perhaps they can bring aboard new hires like Tony Gonzalez or Bart Scott to further put the NFL on CBS stamp on the program.  Whatever the case, here’s hoping Inside the NFL continues to evolve and find a place in the marketplace as one of the standard bearers in sports on cable television since its inception.