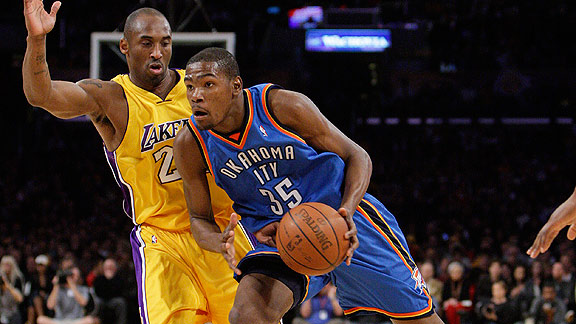 One of the most challenging things about being an international soccer fan is explaining the different competitions that take place throughout the season.  If I had a nickel for every time I tried to explain to my dad the difference between the Premier League, FA Cup, and Champions League, and how these competitions all take place simultaneously, I would have… well, plenty of nickels.

The league and cup competitions are core principles in the soccer world, but something that is largely foreign to the American sports fan (outside of those following MLS and the US Open Cup).  However, these knockout tournaments over the course of the season are traditions that are long-steeped in the soccer world.  And, they continually produce memorable moments for teams and fanbases that have realistic chances to win trophies without being the best team in the league that year.  It allows teams smaller clubs like Wigan Athletic a shot at glory on one of the biggest stages in the sport.

Until recently, the idea of a knockout tournament in the major American sports has been nothing but a fantasy.

The progressive Silver has gone on record as being interested in bringing a cup competition to the Association, inspired by what it means in the realm of club soccer.  A midseason tournament would be unprecedented among the four major pro sports in America…

“The competition committee talked about and seemed excited about potentially [running] some sort of midseason tournament,” Silver said this week. “[We are in the] very early days in the discussion of that, but we’re looking at other opportunities in the league to create excitement.  As one of our general managers said at the meeting, there’s very few things that you can win in the NBA. When you think about European soccer, for example, they have the FA Cup and they have other tournaments throughout the season.”

Even though there are plenty of very tough logistics to tackle, the concept is certainly an intriguing one.  Now, there would be concern for players adding more games to an already crowded schedule and the difficulty of actually launching this thing would be immense.

The format could take a number of different avenues.  The league would need to figure out format, location, time, schedule, television partners, and a number of other factors.

But ingenuity and innovation isn’t supposed to be easy.

Why not allow the NBDL Finalists to take part for a 32 team tournament?  Not only would this clean up the format, it would also provide a fantastic opportunity for some of the charm of the cup tournament that truly makes it special in the soccer world.  Additionally, it would be great publicity for the NBA’s developmental league.

Could an NBA knockout tournament be a television success?  Absolutely!  Turner Sports has plenty of experience televising the NCAA Tournament and the NBA could theoretically follow the exact same format if it played out in home arenas across the country.  You could have Raptors-Knicks playing at Noon in Madison Square Garden at the same time Celtics-Grizzlies was tipping off in Boston.  If the tournament took place at one site in Las Vegas, the entire tournament could easily be played over the course of two weeks.  If adding games are a concern, have the tournament games replace regular season games that were scheduled for the second half of the season.

As far as the sports landscape and the interest of television networks go, a midseason tournament in February (after the Super Bowl) would present the perfect timing in that slight lull between the end of the NFL season and the beginning of March Madness.  If the powers that be eventually cooled on the idea of a midseason tournament, the league could take a page from the Australian Football League and hold the cup competition during the preseason.  October would present more competition with the NFL, college football, and MLB postseason, but the novel nature of the NBA Cup would still draw an audience as a special attraction.

The biggest challenge would be assigning some kind of immediate value to the NBA Cup and making sure it’s not just another World Baseball Classic that disappears on the calendar or a “this time it counts, j/k not really” mess like the MLB All-Star Game.

The idea should be an appealing one for fans and the league.  Imagine what a knockout tournament would do for the NBA if it was the first one among the major American sports to hold a cup competition?  The NBA shouldn’t just look to soccer for inspiration, they should look to March Madness as well.

The one-and-done drama makes March Madness the event that it is.

The NBA regular season is at the opposite end of the excitement spectrum.

The NBA is often criticized for a long slog of the regular season where teams are either coasting or tanking and few games actually mean anything of tangible value.  Why did the World Cup succeed so greatly on American television?  Because it was an “event.”  It was appointment viewing.  Aside from maybe Christmas Day or All-Star Weekend, the NBA really doesn’t have that before the playoffs.  A midseason or preseason tournament would immediately give the NBA a must-see television event before April.  So why wouldn’t fans, the league, and the networks all sign up for it?