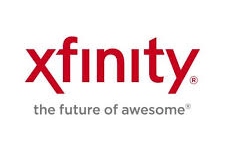 NASCAR’s Nationwide Series has a new title sponsor for the 2015 season – Comcast. The series will be known as the Xfinity Series starting next year, and Comcast will be paying $200 million over ten years for the naming rights. This doesn’t seem like a huge deal until you consider where many series events will air – Fox Sports 2.

The vast majority of Fox’s NASCAR package airs on the Fox broadcast network and on Fox Sports 1, but every so often, coverage is pushed over to Fox Sports 2 when the schedule is too full. Considering the money Comcast is shelling out for these naming rights, it wouldn’t be a great look if they didn’t carry the network where some of that branded programming is airing.

It’s not a deal breaker – after all, Comcast *does* own NBC and NBCSN, which will air NASCAR next season – but it’s a stumbling block for sure. Fox Sports 2 is only available in 37 million homes and most relevant for this story, Comcast Xfinity does not carry the channel. It wouldn’t come as a complete shock if suddenly Comcast began carrying FS2 by the time the NASCAR season begins next year. And that would be welcome news for Fox, who desperately needs to increase distribution for the channel. If that’s indeed the case, the new NASCAR TV deal would be a bigger win for Fox than they may have initially realized.

There was also another interesting quote in the USA Today story that piqued my interest.

Comcast’s Peter Intermaggio said one of the company’s goals was for fans to be able to access content on a variety of platforms and devices. No details were offered as to how that technology might be used.

This seems like your basic executive speak, but considering the prevalence of streaming apps, could something new be in the works between Comcast and NASCAR? Perhaps an all-encompassing, free-to-Comcast-subscribers NASCAR portal could be in the works, making use of Comcast’s ownership of NBC and the monstrous, multi-billion media deal they signed with Fox a year or so ago.

We’ll see what ends up happening, but this sponsorship deal is more than just slapping a new name on the same product. It could have some very tangible effects on the wider sports media landscape.