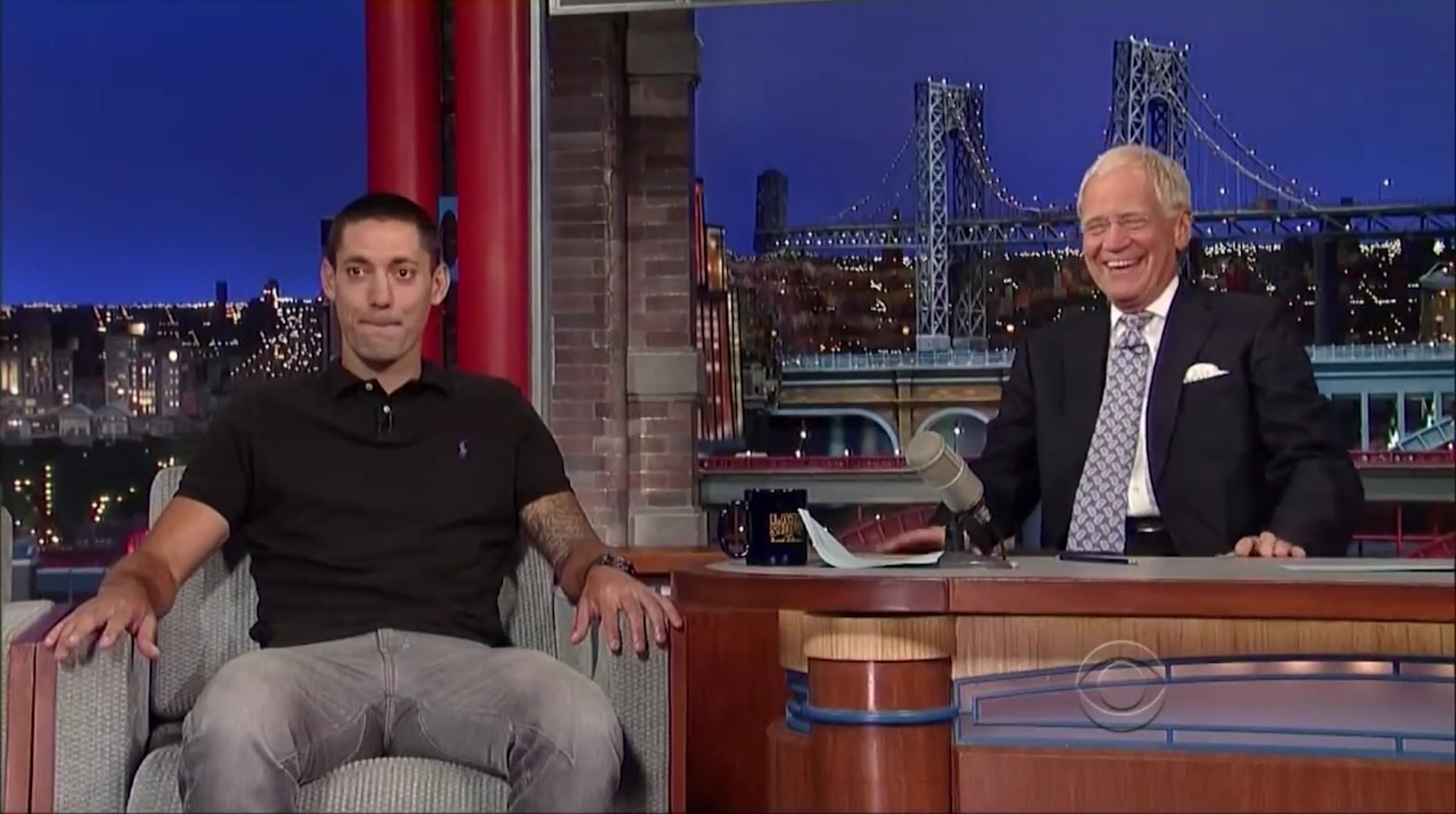 The U.S. men’s soccer team is unwinding after its appearance in the World Cup. Team captain Clint Dempsey is making some media rounds and visited CBS’ Late Show With David Letterman this week.

And while David isn’t the biggest soccer fan (he asked if this year was the best the USMNT team finish in the World Cup and why is it so difficult to score if the net is so big), he did have Dempsey on for two segments lasting over 12 minutes. The captain did received an extended standing ovation from the Ed Sullivan Theater audience.

You can see the entire segment below.