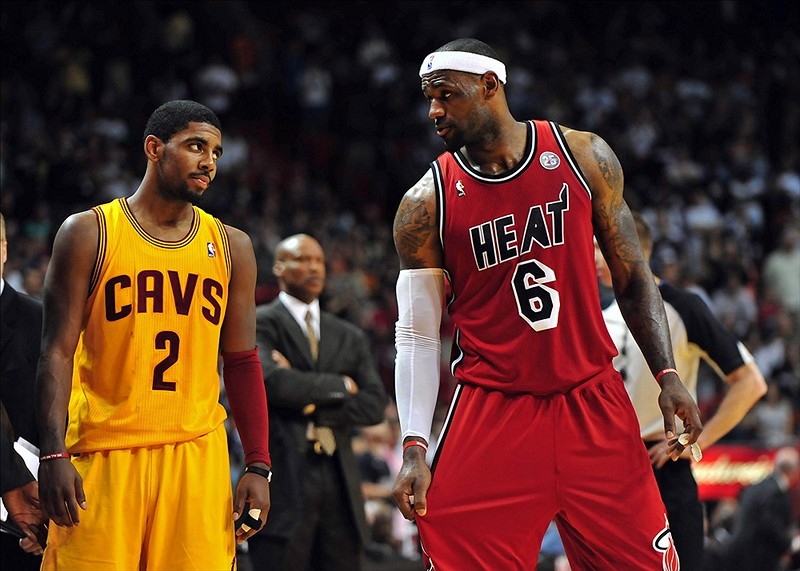 When I was driving around Tuesday afternoon, I flipped to ESPN Radio long enough to listen to Dan Le Batard talk about putting an ad in the Cleveland Plain-Dealer in homage of LeBron James’ time with the Miami Heat.  The whole thrust of the segment was James’ lack of true appreciation of Miami Heat fans.  So, as a longtime Miami media personality, it was up to Le Batard to be the bigger man and say “You’re Welcome” on behalf of whatever is left of Heat Nation.

Le Batard suggested a full-page ad in a major northeastern Ohio newspaper featuring James and the two rings the king won in Miami with that very message.  Something like this…

While it sounded like Le Batard was half-joking on the radio about taking out a full-page ad, if there’s one man in sports willing to go through with an obvious and gleeful troll job, it is Dan Le Batard.  This is the guy who has made trolling a revered artform instead of the usually disdainful thing that it should be.

Well, true to form, Le Batard and his show actually contacted the Cleveland Plain-Dealer about taking out an ad to troll James and Cavaliers fans.  In spite of all the fun that could be had, the paper said no:

A Miami radio program on Tuesday attempted to buy a full-page advertisement in The Plain Dealer to poke fun at LeBron James.

A mock-up of the advertisement posted on Twitter depicts two Miami Heat championship rings above the words “You’re Welcome, LeBron.” Below are the words “Sincerely, Miami Heat Fans.”

Representatives of The Dan LeBatard Show called the Cleveland media outlet on Tuesday to purchase a full-page advertisement in this Sunday’s edition of the newspaper, Northeast Ohio Media Group Vice President of Sales and Marketing Mike Maleski confirmed. NEOMG sales staff are responsible for ads in The Plain Dealer.

Even as an Ohio guy who is finding delicious irony in what’s happening in Miami right now, I have to admit this would have been awesome and a fun way to continue the rivalry between the Heat and Cavs fanbases, who are now weirdly locked together forever.

According to the Plain-Dealer, DLB is indeed attempting to buy space in the Akron Beacon-Journal.  In the end, that may be a more effective strategy so the message ends up on LeBron’s doorstep.  Assuming he still subscribes to the newspaper that is.  (UPDATE: Apparently that’s been turned down as well.)

See, now this is the fun that we should be having when trolling one another over our sports fandom, not the carnival barking from the likes of Skip Bayless and his demented brand of professionalized LeBron-hating.  I fully look forward to LeBron James continuing the game of one-upsmanship and dedicating his first victory over the Heat next year to Dan Le Batard.