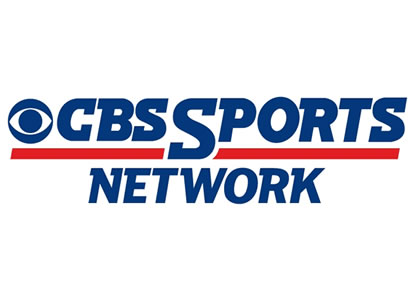 For the past few weeks, CBS Sports Network has been hyping up a new sports talk show, one that will star an entire panel of women. I’ve had some reservations about the show, merely because I’m worried that it might be a gimmick, and “women talking sports” shouldn’t be a gimmick. I’m also worried that it places itself too heavily as being a referendum on whether or not women are capable of talking about sports, an absurd notion in and of itself. Mostly, I’m just worried that it’s going to be one more terrible sports talk show.

The show didn’t necessarily help its case when, Tuesday, CBS announced that its titled would be We Need to Talk. That’s a bad title for a sports talk show, whether or not you think it’s sexist is for your personal taste to decide. I’m of the mind that it’s both, but more just a bad title, and one that puts even more of an onus on the show to be good right out of the gate, and one that suggests even further that this is all just a gimmick. I’ll be honest, though, all I can think about is that weird movie We Need to Talk About Kevin from a few years ago.

Now, having said that, the thing that We Need to Talk has going for it is a truly excellent, unprecedented collection of intelligent, talented women in its cast. Leslie Visser, Amy Trask, Tracy Wolfson, Dana Jacobson and Allie LaForce are all terrific broadcasters and — particularly in the case of Visser and Trask — groundbreaking women who we’ve all heard on other sports properties doing solid work. The show will also have correspondents like Andrea Kremer, Laila Ali, Lisa Leslie, Dara Torres, Swin Cash, Summer Sanders and Katrina Adams. These are all exceedingly qualified women with television experience in most cases.CBS This Morning co-hosts Gayle King and Norah O’Donnell will also appear.

The show is also going to feature two female coordinating producers, including Suzanne Smith, the only woman currently producing or directing NFL games (hey, maybe let’s work on increasing that number while we’re at it!). Smith will direct the show, while Amy Salmanson and Julie Kerye will produce. Again, all very qualified, exceptionally talented women. The press release was sent to me by a very talented female public relations person.

I’ve just named or at least mentioned 20 exceptional women in the world of sports throughout this post. I have met some of them, and can tell you that they are also really good people. We Need to Talk can (and by all mean, probably should be) a good show, because there’s just a massive backlog of talent behind it in a way that other shows haven’t been in recent years. That said, shouldn’t we be past the idea that women talking sports is a gimmick? Even if it hasn’t been done before, is it ground that needs to be broken in 2014? I think if you’ve ever read anything I’ve written, you know I want more women on sports television. I just wonder if this is the right way to do it. Sometimes you have to break a few eggs to make an omelet, I suppose.

The show plans to be, as they’ve said all along, not a show about women’s sports, but one that takes on the issues of sports from what might be the differing perspectives of women. What this show can be good for is breaking down issues in sports that concern women (how they’re represented and promoted to by sports media, athlete sexual assault cases) with more of their perspective brought in, because they’ve been sorely lacking from a lot of those debates in the past. If the show’s just a sports talk show, fine, but CBS appears to want to touch on those subjects, so I’ll be looking forward to that.

So despite all my reservations, I really hope the show is good, because if it is good it’ll just be another good show, one that happens to be staffed entirely of women.