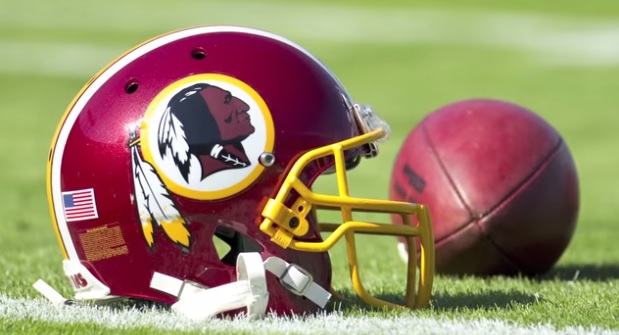 The debate over the Washington Redskins nickname will intensify for the next NFL season.  Although the debate was just beginning to gain steam last year, it has now become a mainstream issue that has touched all parts of sports and society.  More and more individuals and outlets have chosen to ban their use of the nickname.  And now, one of the league’s television partners has said it will be up to their individual talent whether or not they do the same.

CBS Sports chairman Sean McManus remarked in a wide-ranging Q&A with The Hollywood Reporter that he will not dictate to his announcers whether or not to use the Redskins nickname.

We haven’t talked to them yet. Generally speaking, we do not tell our announcers what to say or not say. Up to this point, it has not been a big issue for us. Last year, it was simmering; now it’s reaching a hotter level. But we probably will not end up dictating to our announcers whether they say Redskins or don’t say Redskins. We leave that up to them and our production team. There are times when something becomes important enough that we talk to them, and between now and the start of football season we’ll decide what is the right thing to do.

The Redskins will make an uncharacteristically high five appearances this year on CBS thanks to the new NFL TV deals that kicks in this year with flex scheduling between Fox and CBS as well as the new Thursday night contract on the network.

Although it may not get a lot of publicity, this statement from McManus has huge implications.  Last year during a Monday night game, the internet lost its sh*t when Mike Tirico simply misspoke and referred to the Redskins as the “Washingtonians” without trying to make a political statement.

Now just imagine what might happen if an announcer does choose to make a statement.

Imagine an announcer calling an entire NFL game without saying the Redskins nickname once.  The protests made by Bill Simmons and Peter King and the dozens of newspapers wouldn’t hold a candle to the power of that kind of statement coming from an NFL broadcast watched by millions.

And if McManus and CBS are giving the freedom of choice to their announcers, you can imagine other networks are doing the same.  And not just to the game announcers, but to studio personnel as well.  And with the wildfire that has been this debate over the Redskins nickname, odds are that there is going to be at least one high profile commentator that will take a stand this coming season, in spite of the obvious Twitter blowback that will transpire.  And having that happen on an NFL telecast will only cause the pressure for Roger Goodell and the league to take action on the nickname to rise significantly.  Because no longer will the Redskins debate be restricted to sports pages, blogs and television panels.  It will be brought straight to the NFL’s doorstep.