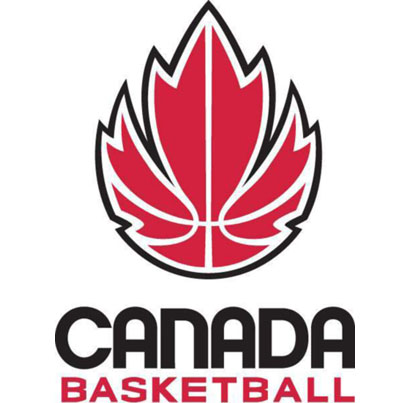 Some leagues apparently haven’t learned that attempting to clamp down on journalistic coverage is the best way to generate a ton of negative publicity. We’ve seen that before with access-restricting moves from college football coaches like Steve Spurrier and Brady Hoke backfiring, and now, the trend has apparently come to Canada (late, as Scherbatsky’s Law dictates).

The Windsor Express of the National Basketball League of Canada, a regional professional league featuring former American and Canadian college players, with five teams in Ontario and four in Atlantic Canada, elected to kick London Free Press columnist Morris Dalla Costa out of their building before Game Seven of their semifinal playoff series against the London Lightning Tuesday, and the story’s since been picked up everywhere from Yahoo to Deadspin. What was the rationale? According to Dalla Costa, one of the Windsor owners wasn’t impressed with his coverage:

I was asked to leave Windsor’s WFCU a half hour before the seventh game of the National Basketball League of Canada semifinal Game 7 won 110-95 by the Windsor Express over the London Lightning.

There was no explanation offered by anyone.

I know I was told not to bring Tim Horton’s coffee into the building but, sheesh, getting the boot seems a little harsh.

Two very embarrassed members of the arena staff came to the media table and told me that wasn’t supposed to be allowed into the building.

They said it was on the orders of Express co-owner Dartis Willis. Willis never approached me nor did he speak to me.

This is just one team acting stupid and the league offices will straighten it out, right? Wrong. Here’s what league commissioner Paul Riley (who was in attendance) told Bob Duff of The Windsor Star that night:

Riley appeared bemused by the whole affair, unconcerned about the negative image this was going to send out about a three-year-old league that desperately needs media attention to grow, perhaps even to survive.

“It might get some attention,” Riley said. “Not the kind we want obviously, but once again, that’s the call of the team owners, not mine.

“I don’t control the arenas.”

It gets even better, though, as Riley went on to essentially endorse the team’s behaviour and cite journalistic ethics as a reason why:

“That was the consensus among most of the teams in the league.

“Being a commissioner and being a former journalist as well – in fact I still teach journalism ethics – I had some questions about his coverage as well and I made that known to Mr. Dalla Costa. I’ve told him I don’t think he’s treated the league fairly or professionally or ethically.

“He doesn’t agree with me and that’s his prerogative.”

Plenty of officials in any league will take issue with journalists’ coverage, but that’s usually done in private behind-the-scenes conversations, not publicly. Even if Riley wanted to go as far as calling out Dalla Costa publicly, that’s still not as severe or as boneheaded as evicting him from the building. Dalla Costa is a fine journalist with a long and solid track record, so the complaints here don’t seem to have much merit, but even if they did, someone who teaches journalistic ethics should know that you don’t try to alter coverage by kicking a reputable outlet’s representative out. (Moreover, if you’re determined to ensure that a certain reporter can’t cover your games, you let them know long before they waste their time traveling to the arena and setting up.) Riley’s actions here make him suspect as both a journalism teacher and as a professional sports commissioner.

The key takeaway here is that teams or leagues trying to control coverage always looks amateurish and usually winds up backfiring. Yes, the NBL received much more publicity than they usually get, but that hasn’t enhanced their reputation. Instead, they look incredibly petty and bush-league. They’ve also alienated one of the reporters who’s given them tons of coverage over the years. Even with that, Dalla Costa wrote that he still is impressed with the league’s quality of play:

Just to be clear, I love the NBL and the product it puts on the floor. It’s the management of the league that puts the ‘minor’ in ‘minor league.’

That sounds about right.