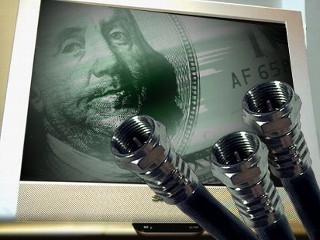 As the numbers of cord cutters increase and the amount of subscribers to the cable and satellite providers decrease, sports networks are hoping to find the model that keeps them relevant with consumers. Third quarter earning reports showed that major distributors such as Cablevision, DirecTV, Dish and Time Warner Cable lost subscribers and are attempting to find ways to stem the tide.

While this is not cause for alarm as of yet, the sports networks know that their channels are among the most expensive in a distributor’s lineup. Networks like ESPN pass along their rising costs which include ballooning sports rights fees to the cable and satellite providers. While those costs aren’t passed directly to consumers, the cable and satellite providers find ways to make up for the per subscriber cost through Internet/Phone/TV bundles, equipment fees and other line items that cause your bill to rise.

So knowing this, the sports networks are looking for ways to reach the cord cutters, those millennials who don’t feel paying for TV is a necessity and are using either simple rabbit ears, Roku, Apple TV and other devices to watch programs.

While cable isn’t at the stage of going a la carte, allowing customers to pick and choose the channels they want to watch and pay for, the providers are developing low-cost bundles in order to hook consumers back into the fold. Sports networks hope they can be part of those bundles so they won’t be on the outside looking in. The networks realize that if the number of cable and satellite TV subscribers drop, those expensive sports rights fees paid out for events look even larger on their spreadsheets.

Another potential avenue for networks is over the top (OTT) services. In its new contract with Major League Soccer, ESPN will develop an OTT pay service which will reach those fans who don’t have cable, but still want to watch MLS games.

ESPN also has a deal with the NBA for an OTT service which could begin as early as next season. How much consumers will have to pay is unknown, but it appears that ESPN is positioning itself for the next generation of viewers, hoping that it will remain on top of the sports media mountain.

It remains to be seen whether bundling or OTT will keep the sports networks from losing viewers. As CBS and HBO introduce their own standalone services, the television sports divisions look for ways to keep themselves part of cable tiers and bundles without pricing themselves out of the market.

The way we watch sports continues to change and as mobiles and tablets gain more share of the market, the networks are plotting ways to stay with viewers whether it be on TV or other platforms.