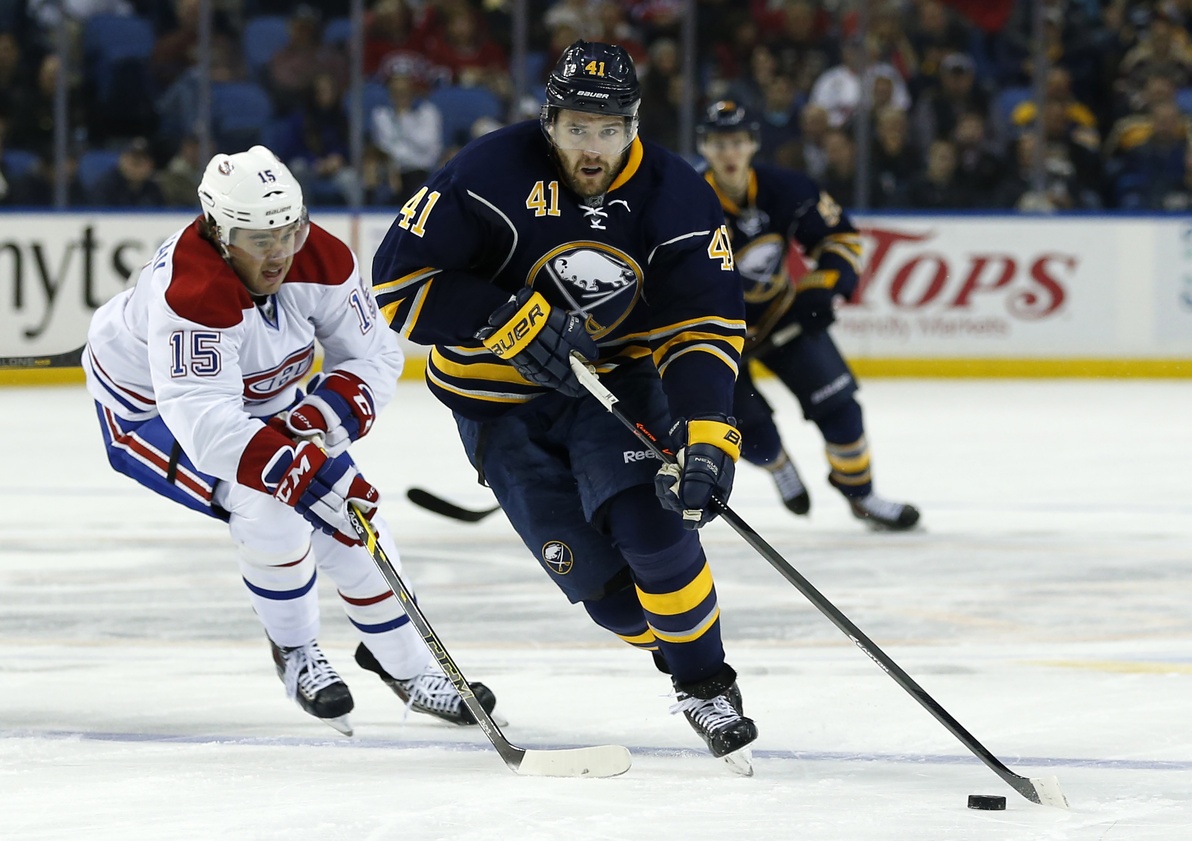 The Buffalo Sabres are usually one of hockey television’s sure things. No matter how bad Buffalo’s hockey club has been — and it has been, no playoff appearances since 2011 and none on the horizon — they’ve been able to draw solid TV ratings for local MSG and national NBCSN. One of the great groan moments of hockey fans every summer is the national television schedule being announced, seeing 10 or 11 Sabres games on it, and having to deal with the fact that they are probably going to draw more viewers than, say, the San Jose Sharks.

However, there is no joy in mudville again this season, and the ratings have begun to take a tumble. After beginning the season with a typically solid 9.4 rating for the home opener against Columbus, Sabres ratings have dropped as low as a 2.6. Considering the team is usually up in the 8-9 range when they’re good and even not that far away when just sorta bad, this shows how far the club has fallen, to the point where many have wondered if they’re tanking for a prize in this season’s NHL Draft, AKA the Connor McDavid-Jack Eichel derby.

The story linked to above poses an interesting theory related to that, however. The Sabres TV deal is up after 2016-17, and a team with a McDavid or an Eichel (both touted as sure things, with McDavid receiving a Sidney Crosby level of hype through Canadian junior hockey) headed into a third NHL season could make Buffalo a hockey destination and an immensely entertaining team again. So… could the Sabres be exploring their own network? From the Buffalo News:

There are constant unsubstantiated rumors that Pegula might consider starting his own regional network once the current TV deal expires. The rumors escalated when the Sabres hired Mark Preisler, who previously worked at ESPN and the NHL Network, as executive vice president of media and business development for Pegula and Sports Entertainment.

In an April, 2012 interview with me for Buffalo Spree, Sabres President Ted Black dismissed the popular theory that Pegula might start his own network à la the beloved Empire Sports Network. There hasn’t been any real indication that Pegula has changed his mind.

The Sabres deal that expires after 2016-17 doesn’t have any risk. The team gets the rights fee and keeps advertising revenue. Starting a regional sports network comes with a huge risk.

“It is very, very expensive to do,” Black explained in 2012. “It is very risky to do. I want to make it very clear that we are not looking to start a network.”

Of course, the comments were made well before Pegula added the Buffalo Bills to his sports roster of the Sabres, the Rochester Amerks and Buffalo Bandits. But much of the downside would still seem to apply.

Yes, the downsides would be there. The startup cost would be enormous. You’d probably get a competitive bid from MSG to keep the team. That said… a good Sabres team, a ton of Bills programming, other Pegula-owned properties and some syndicated college football and basketball? Given the club’s TV ratings it’s not unreasonable to think it could succeed.