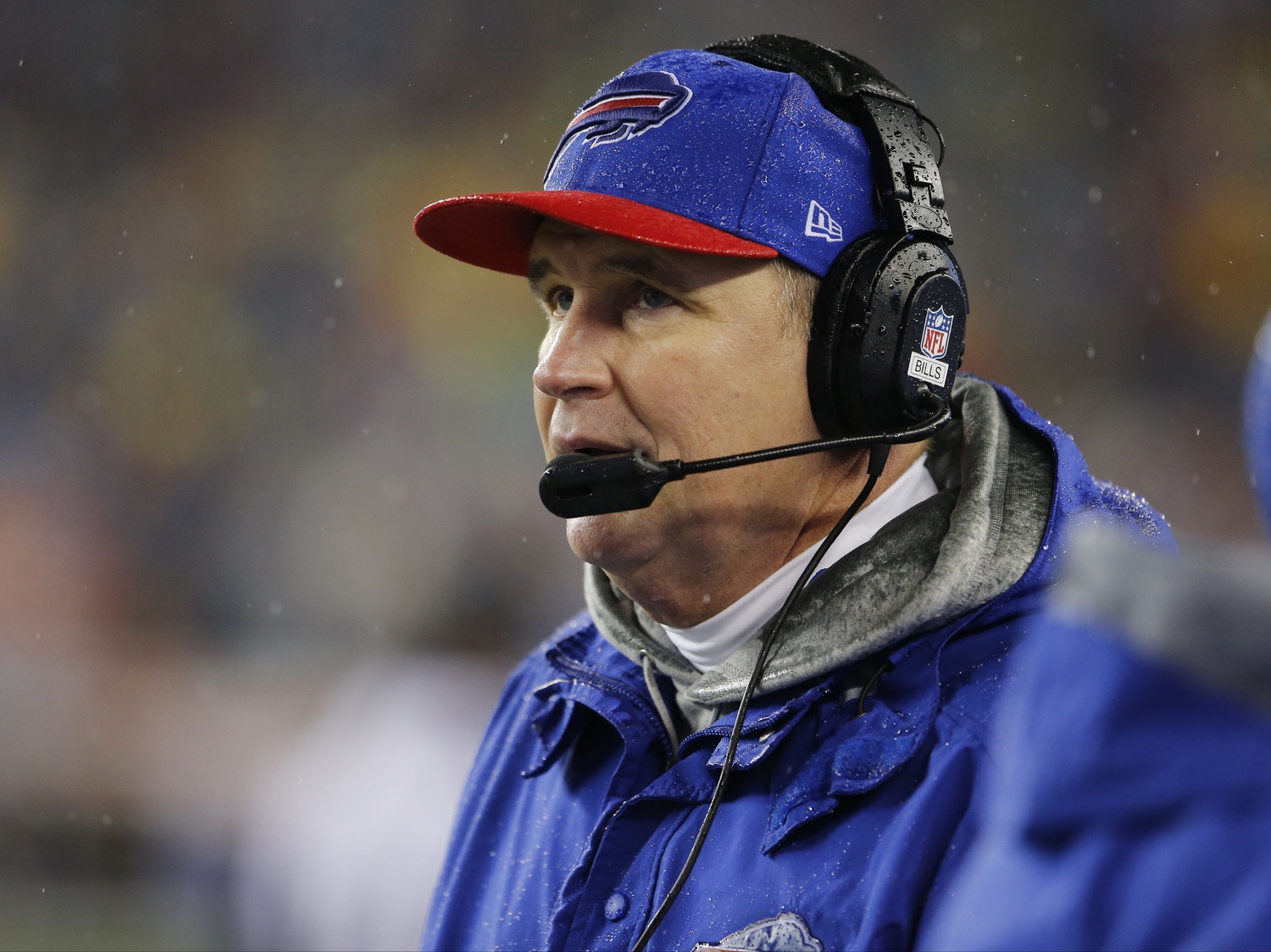 A very strange series of events happened today on the official website of the Buffalo Bills.  The site posted a news article that head coach Doug Marrone had announced that he was diagnosed with “BLANK TYPE OF CANCER.”  There’s little text and the article has misspellings and even a place for a generic quote from Marrone.  The article was obviously some type of placeholder and quickly pulled from the website.  However, you can view the Google cache link here.  Here’s a screengrab from that cache showing the article that was swiftly deleted below. 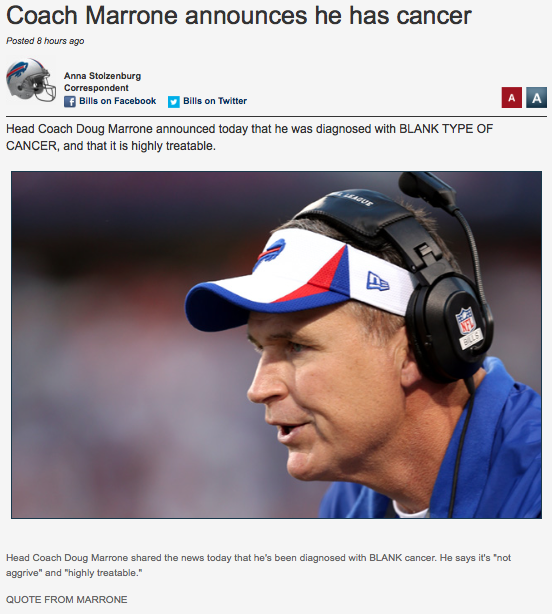 The Marrone cancer story made it to the official Bills app as well.

The odd story @ByTimGraham referenced on Bills website about Doug Marrone is also on their official app, shown here: pic.twitter.com/LmJPqPyV53

The football world is beginning to take notice, but so far the Bills have yet to confirm or deny anything with regards to Doug Marrone or explain the deleted article.

UPDATE: Here’s a statement from Marrone per the Bills website that says it was a cancerous mole that has been removed.

“During a recent doctor’s visit, it was discovered that I had a cancerous mole on my skin, which has since been removed. The only follow up required is to have my moles checked every three months and that basically is the end of the story. The recent extraction procedure will have no effect on my ability to coach the team moving forward.”