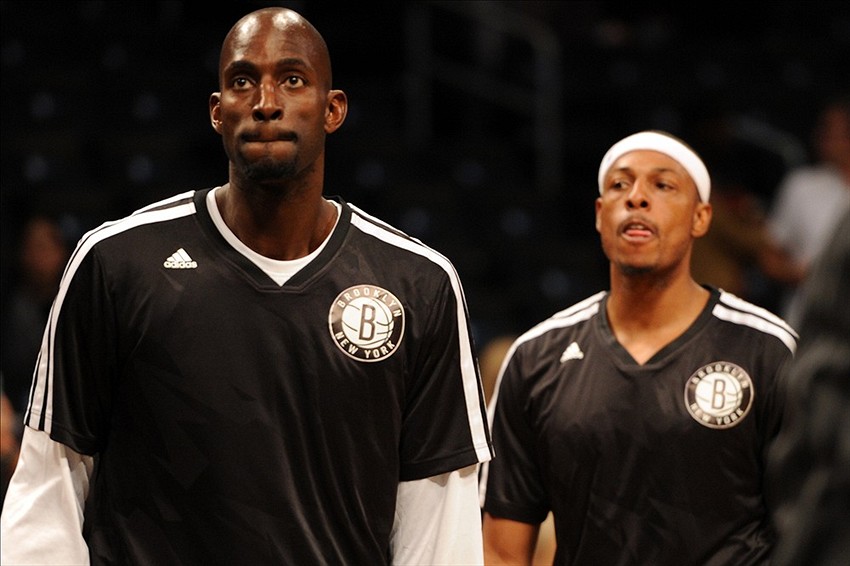 One thing that’s unusual to see from an official team-sponsored social media account is criticizing their own fans in any way.

Yet during Game 5 of their first round series against the Toronto Raptors, that’s exactly what the Brooklyn Nets did on Twitter.

The Nets published this tweet during Game 5 imploring their fans to be more like the Toronto crowd (sans Drake I’m assuming).  The tweet also encouraged fans to set their DVDs, which is a type of compact disc, instead of their DVRs but that’s secondary here…

#Nets fans take note- this is what a playoff crowd sounds like..set your DVD and take notes #RAPTORSvNETS – LR

What gives with the Nets throwing shade to their own fans?  Well, the tweet came during a “Twitter takeover” from Lenn Robbins.  Robbins was a longtime sportswriter with the New York Post who left the paper last year to be the in-house scribe for the Nets and the Barclays Center.  He was tweeting throughout the game last night on the official Nets account.

In a way, this is what we’ve always asked for – team reporters who are unafraid to tell it like it is.  If the Nets crowd sounds like a school library in comparison to their opposition, that shouldn’t be sugarcoated.  Maybe it came via accident through a tweet that inspired sheer terror in the Nets social media department, but it’s a message that obviously touched a nerve.  In fairness, you can’t blame Nets fans for their in-arena apathy what with that sleep-inducing “BROOOOOOOOK-LYN” chant and all.

It’s like I was always told by my 9th grade algebra teacher, “if the truth hurts, it probably should.”