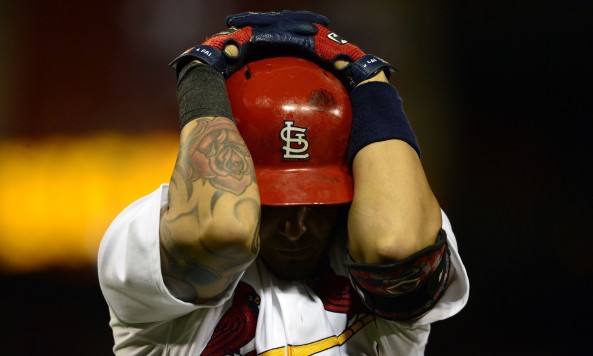 Ed Note: This post appears courtesy Bloguin’s MLB site The Outside Corner. Make sure to visit TOC for the best walk-offs, longest home runs, and more great stories like this…

Politicians who trail in the polls late in the race tend to go negative in their advertising. As it turns out, so do baseball teams.

Jonathan Lucroy is quietly having an unbelievable season, and is just now starting to get some national publicity for it. Catcher is a hard position to break into the All-Star Game at if you’re in the National League, though, considering Yadier Molina and Buster Posey are locks to make it just about every year.

In the most recent All-Star vote tally, Lucroy sits in third, trailing Posey by nearly 300,000 votes and Molina by 900,000. So if you’re the Brewers, how do you close the gap with less than a month to go in voting? UNLEASH THE MOLINA ATTACK ADS.

Fox Sports Wisconsin also produced an ad for Carlos Gomez, who recently slipped to fourth in the NL outfielder voting:

Both spots were put together by Fox Sports Wisconsin producer Brad Weimer, who you can follow on Twitter.

Jaymes grew up in Wisconsin, and still lives there because no matter how much he complains about it, deep down he must like the miserable winters. He also contributes to Brewers blog Disciples of Uecker when he isn't too busy trying to be funny on Twitter.