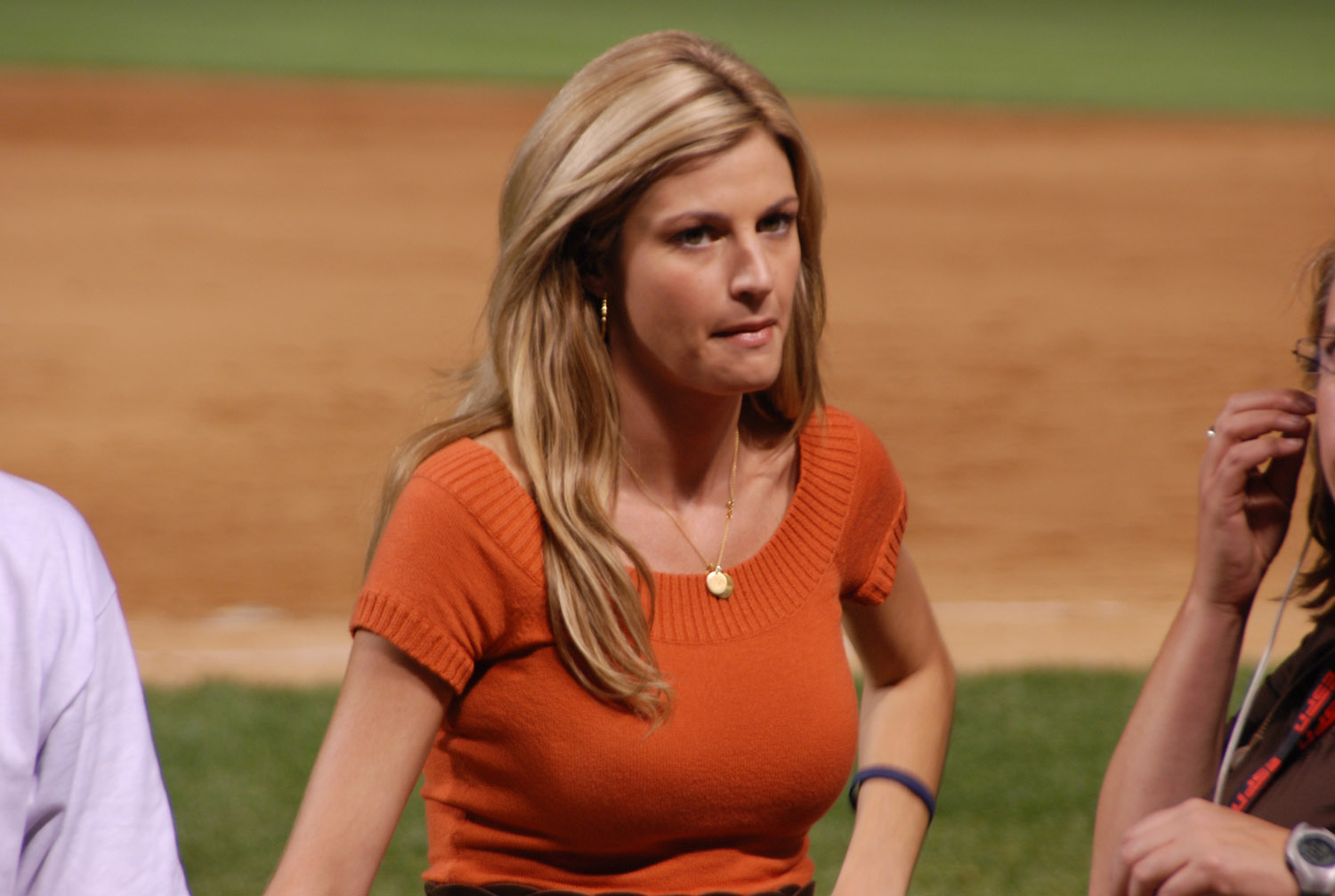 I have a real problem with sports radio. There are plenty of exceptions to this feeling (SVP and Russillo) but — and particularly on a local level — the whole industry seems to just be a bunch of grown men whining about sports, drumming up fake controversies, spouting their proudly “politically incorrect” opinions and judging athletes almost entirely based on how many rings they have. Also, a lot of subliminal, casual sexism.

It’s no surprise to me that Erin Andrews’ involvement in the Adam Wainwright/Derek Jeter controversy, and her interview with the Cardinals pitcher, has drawn their ire. Of course, the reasoned take on this is that Andrews — while obviously thrown in another terrible situation — should’ve challenged Wainwright on his backtracking. But then again, it’s the MLB All-Star Game so who really cares? Andrews could’ve done better, but it’s not really a black mark on her career.

That was not the take the bros of the Dennis and Callahan Show on WEEI and NESN gave this story. In their minds, Erin Andrews is “a gutless bitch” for not asking The Serious Questions to Adam Wainwright if his joke about pitching during a fake game was a lie or night. For the crime of not continuing to pursue this asinine story, Erin Andrews is “a gutless bitch” according to the show, particularly co-host Kirk Minihane.

The full transcript is just as poetic:

“What a bitch! I hate her! What a gutless bitch! Seriously, go away. Drop dead. I mean, seriously what the hell is wrong with her? First of all, follow-up. Second of all, the guy admitted he did it. He admitted it. He told reporters he threw a couple of pipe bombs. How is that social media’s fault? I hate her. I seriously hate her so much. Social media is the reason she has a big house! Shut up. Shut up. I shouldn’t call her a bitch, I’m sure she’s a nice person.”

“She’s probably a bitch,” one of the other hosts added.

Not to play amateur psychologist here, but there is some deep-seeded anger in you if the first thing you think to say when Erin Andrews doesn’t “follow-up” on an interview is “what a gutless bitch!” Mr. Minihane should really consider why he would immediately go to that well. This is not a good look.

Then again, it’s not like he’s alone in saying catty, sexist (and if you don’t think this is sexist, tell me right now that Minihane would use similar language if Chris Myers or Ken Rosenthal were interviewing Wainwright. No? Didn’t think so.) things regarding Andrews during the broadcast. Look at what co-host John Dennis tweeted during the game.

Pretty sure it’s time for @ErinAndrews to “DO” her roots before football season.

HOT TAKES IN THE HOUSE, COMING THROUGH.

Look, I really wish we weren’t giving these idiots their minute in the sun for this. Nobody outside Boston knows who Dennis or Callahan or Kirk Minihane (I assumed Dennis was a man’s first name) was until today, and now we share the responsibility for making them more famous. But hopefully, this public shaming that they’re about to get forces them — and more importantly, their bosses at WEEI and NESN — to reconsider their lazy takes on sports, as well as the women who cover it.