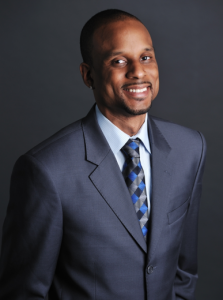 Bomani Jones was way ahead of everyone else on the horror show that is Los Angeles Clippers owner Donald Sterling.  Jones wrote a column for ESPN.com’s Page 2 in 2006 with the headline, “Sterling’s racism should be news.”  That was 8 years ago.

Sterling’s offensive and racist behavior has been well documented for years, but nobody did anything about it because it was secured safely away in the shadows of the NBA.  A housing discrimination lawsuit just isn’t as sexy of a story as a secret audio tape captured by a model girlfriend.

Jones called into Highly Questionable co-host Dan Le Batard’s radio show and spoke truth to what’s really important in this story and what many people are missing.  That the NBA, sponsors, and the media turned a blind eye to Sterling’s activities for many years while he was doing real damage to people’s lives.  Jones speaks openly about housing discrimination and losing a friend in Chicago very recently over the issue.  If you listen to one soundbyte or read one column about what’s really important in this mess, make it this…

But when Donald Sterling was out here toying with people’s lives on things that really matter, in matters of life in death, the media, the NBA, these sponsors, and all these people now who want to get patted on the back for what good people they are didn’t say a mumblin’ word.  They can all kiss my behind, every single one of them.”

As Jones also said to Le Batard, it’s not like he was showing any sort of remarkable foresight back in 2006 – these things were happening right under our noses, and yet everyone was willing to give Donald Sterling a pass.

There were no boycotts, no sponsorship dollars being removed, no outrage, no threats of legal action, no commissioner press conference when things really mattered.  It took an audio recording of an old man lecturing his girlfriend about her Instagram page to get the machine up and running to do something.