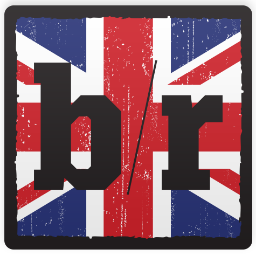 Near the end of the summer, we brought you a story about the Premier League attempting to crack down on Vines highlighting the action from games just moments after they happened. Over the last four months, we haven’t really seen much in the way of those crack downs, aside from Vine accounts getting deleted. But last week, Twitter took action against an account because of the Premier League’s urging – they temporarily suspended Bleacher Report UK’s Twitter account for sharing “unauthorized video clips of football games.”

The temporary shut down had an effect on B/R UK’s operations –  the account once again is live, but hasn’t tweeted out any Vines from Premier League action for the last two weeks.

This isn’t the end of the world, but the lack of awareness shown here is troubling. Do you know why people share Vines of sports highlights? Because the “content rights holders” don’t give us the content we crave in a timely manner. Look at the Twitter account for the EPL’s American rights holder, NBC – it’s essentially an RSS feed, with nothing resembling live highlights. No wonder people turn to Vines produced by third parties – instead of sitting around, twiddling my thumbs waiting for a clip of a goal, I can simply search Twitter for say, “terry vine” and immediately see John Terry’s second minute goal during Chelsea’s Monday win over Stoke.

British fans aren’t exactly in a good place with The Sun either – they need to *pay* to watch highlights with a Sun+ subscription! No wonder the EPL is cracking down – they want The Sun to keep making money so they can make even more money when the highlights rights are up for grabs again in the future.

Too many people are going to read the headline of this post and think “har har Bleacher Report sucks”, but that has nothing to do with it. This is something that can (and has, to a lesser extent) happen to other outlets, like SBNation, Fansided, and even us at Bloguin. When a sports league is this behind the curve technologically, it’s a damn shame when they lay the hammer down on outlets that aren’t directly filling their coffers with cold hard cash.

At the end of the day, you can’t stop the Internet. If you want to find Premier League Vines on Twitter, you don’t need to look very hard. Content providers are the ones who really get screwed over when the Premier League (and other sports leagues, for that matter) try to lay down the law. If the Premier League has issues with outlets providing content that their official partners have, maybe they should re-evaluate those relationships and urge them to evolve.