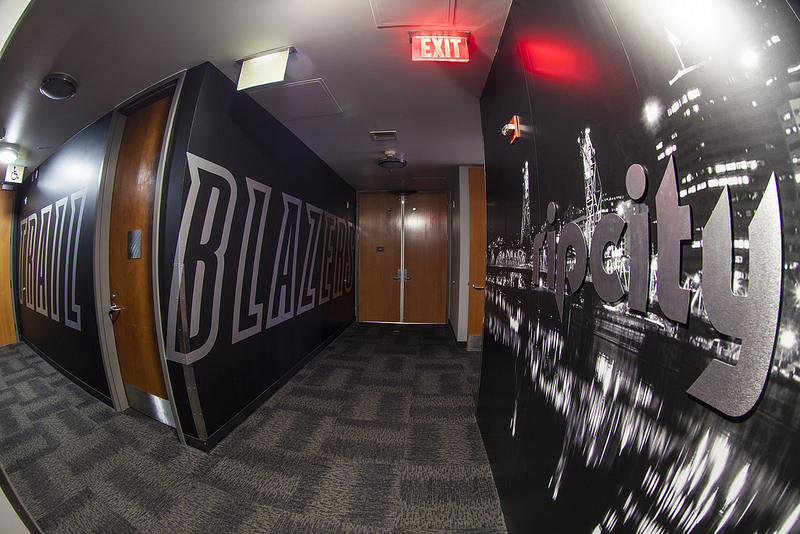 One of the most popular and most successful team blogs in all of sports won’t have a voice in the locker room this season.

Blazer’s Edge, the Portland Trail Blazers blog in the SB Nation network, is refusing media credentials from the team in the wake of a new two-tier policy.

The Blazers changed their credential policy this season, allowing the same access as always to traditional media while giving other outlets 200-level seats during games but forbidding them from entering post-game scrums and practices. Blazer’s Edge had been granted locker room access for the past six seasons.

Managing editor Dave Deckard announced the website’s decision in a detailed post on Monday, describing the various explanations provided by the team’s PR staff and responding to comments made by a Blazers spokesman to The Oregonian:

The justification the Blazers PR department has given for this policy has changed over the weeks since we first heard of it. Their initial explanation to us was that the locker room was getting crowded with all the requests and they were unable to grant backstage access to every “fan site” (as they termed it) so they would be issuing backstage access to none of them…as if they were unable or unwilling to differentiate between sites. Their explanation to the Oregonian was that they expect sites to “prove themselves”, though not even the barest whisper of how that’s accomplished has been forthcoming. (Simply put, there is no established process to do so.)

So why would a website with a proven track record and six years of responsible coverage suddenly need to prove itself?

Long-time Blazer’s Edge contributor Ben Golliver left for a full-time position with Sports Illustrated over the summer. Trail Blazers vice-president of corporate communications Michael Lewellen told the Oregonian that it’s back to square one for the blog, which boasts tens of millions in pageviews per year.

“You lose an experienced hand, sometimes you find yourself starting over a little bit,” Lewellen said.  “Familiarity can speak volumes.”

Deckard says his decision wasn’t made out of spite but rather that it’s about the principle.

“Creating a two-tiered media system is, in itself, a dangerous precedent, one that we don’t feel comfortable participating in even if the organization deems us as being on the ‘right’ side of the fence and gives us full access,” he wrote on Monday.

Another issue is the fact that the team wants Blazer’s Edge to re-establish its credibility without being granted the same access as traditional media.

“One could also ask how journalists can be expected to ‘prove themselves’ while sitting in a 200-level seat without access to interview opportunities,” Deckard writes. “What, exactly, could be proved? Even if you take the organization’s explanations at face value, this policy has issues.”

Bloggers being denied access is nothing new, but Blazer’s Edge earned a sterling reputation and built a large, loyal readership that will now suffer. On the surface, it’s a fickle move by the Trail Blazers to wipe away years of work and reset its relationship with one of its most respected media outlets because of Golliver’s departure.

Interestingly, Deckard doesn’t mention Golliver once in his 1,500-word explanation, instead focusing on the team’s sudden reluctance to allow multiple perspectives.

“This is not being done on the basis of merit or public trust, but because of a blanket categorization that devalues diversity of view and assumes it’s not important to you,” he writes. “Since giving you multiple viewpoints is embedded in our DNA, this is a system we cannot abide.”

Blazer’s Edge should be commended for sacrificing its right to attend games to make a point. It’s not Deckard’s fault, nor the fault of any of his staff writers, that a trusted former member of their masthead is no longer on it.

Why should the new writers, or a veteran editor like Deckard who was so instrumental in the site’s success, be punished for that? While the door appears open for Blazer’s Edge to regain the access it was granted for so many years, the fact that it has to do so at all is absurd.

If other teams follow suit and start granting varying levels of access to different media outlets, it will be even more of a disservice to fans and media alike. It’s certainly possible to produce great analytical work without interviewing players or coaches, but revoking that access and providing a series of conflicting explanations does nothing but harm. The Trail Blazers have made an error in judgment that does nothing but hurt their fanbase.