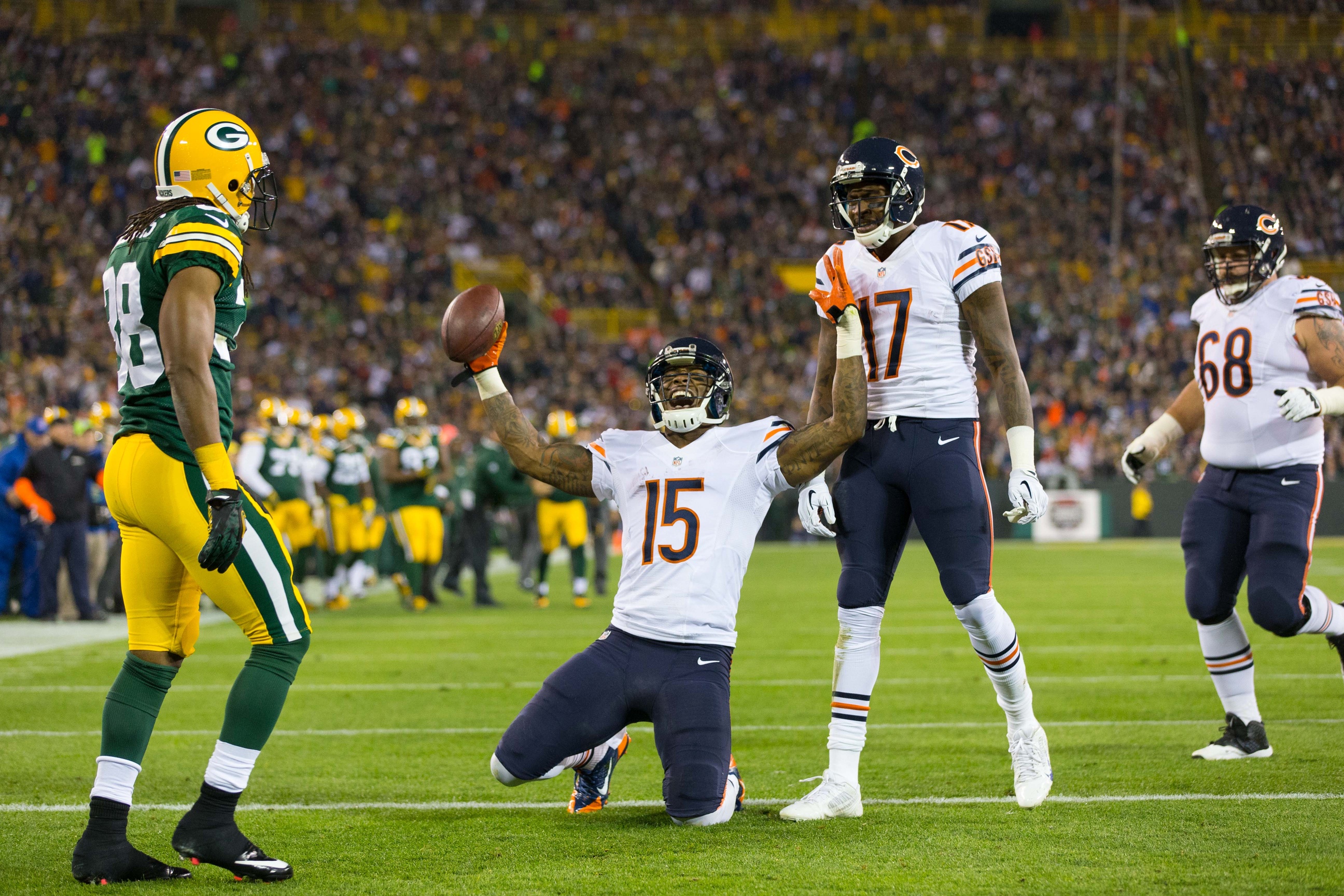 The longest-running series in cable television is getting a historic makeover.

For the first time, an active NFL player will join the weekly cast of Showtime’s Inside the NFL.  Chicago Bears WR Brandon Marshall will make the trip to New York for the show each week during the season as the program moves to Tuesday nights at 9 PM ET.  In another first, Inside the NFL will re-air on NFL Network every week on Wednesday nights at 9 PM ET, which is a great move for fans that don’t have a subscription to Showtime.

Active NFL players expanding their roles on television is becoming a trend across the league, but Marshall will have the most expansive role by far.  Greg Gumbel and Ed Reed are two more new additions to the cast and they join Boomer Esiason and Phil Simms to complete the ensemble.  Here’s the announcement from Showtime:

Former 12-year NFL veteran safety and nine-time Pro Bowler Ed Reed, current Chicago Bears wide receiver Brandon Marshall and Boomer Esiason join Phil Simms as analysts, along with new host Greg Gumbel, on Inside the NFL when the series begins its seventh season on Showtimeon Tuesday, September 2.
The announcement was made today by Stephen Espinoza, Executive Vice President & General Manager, Showtime Sports® and Sean McManus, Chairman, CBS Sports and Executive Producer, THE NFL ON CBS.
INSIDE THE NFL on Showtime will move to Tuesday nights with the premiere on Tuesday, September 2 at 9 p.m. ET/PT. The show, produced by CBS Sports and NFL Films, will air every Tuesday during the NFL season through February 4, 2015. NFL Network will re-air the show on Wednesdays (9 p.m. ET) throughout the season.
“The additions of Greg as host, along with new analysts Boomer, Ed and Brandon, combined with Phil, follow along in the tradition of excellence that fans have come to expect from this show,” said McManus. “With Ed just coming off the playing field and Brandon still on it, this show truly brings a unique perspective that is unseen on any other show.”
“We’ve assembled, perhaps, the most dynamic cast in this show’s long history,” said Espinoza. “Of course, the program will continue to deliver breath-taking highlights and exclusive features. And now, we are coupling the respected and accomplished personalities of Simms, Boomer and Greg Gumbel with a defensive perspective from Ed Reed and Brandon Marshall’s perspective directly from the field. We are as excited as ever for the new season.”

It’s a coup for Inside the NFL to get Marshall, someone that has shown a lot of promise as a future player turned broadcaster whenever his playing days are done.  Although Marshall has some trouble in his past, he’s turned around his public image as he continues to speak out about his personality disorder.

Having a current, 5-time Pro Bowl receiver on your network is something no other football show can offer fans, so that’s a big win for Inside the NFL.  The NFL television landscape is littered with so much noise and mindless blather that networks need to get more inventive and resourceful to break through.  We’ve seen ESPN do that by getting specialized with shows like NFL Insiders.  And now Showtime has dipped into the active player pool.

The best analysis often comes from those who have just stepped off the playing field or the sidelines and can offer contemporary insights.  That analysis from an active player should provide a very unique perspective for Inside the NFL.  There will be questions about conflicts of interest from media observers (and from Bears fans who might bring up the dreaded “distraction” word), but the pros far outweigh the cons with this arrangement.