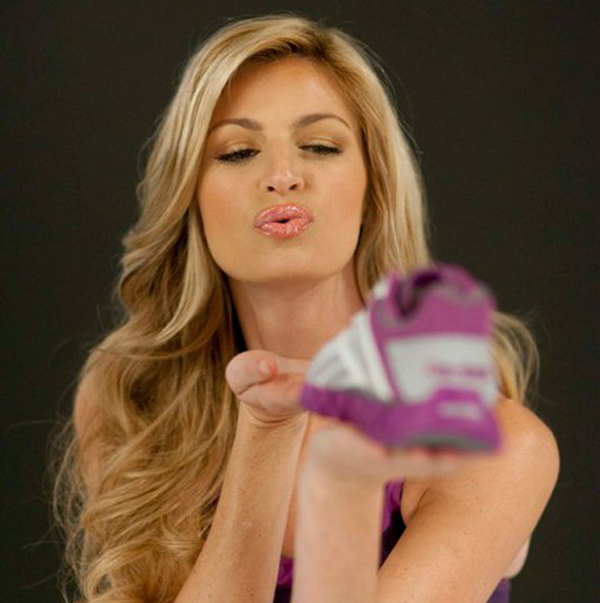 Either there is something in the water at Boston sports radio station WEEI or the station’s staff have it out for Fox Sports’ Erin Andrews. Whatever the case may be, let’s review what happened on Wednesday.

Our Steve Lepore wrote about about WEEI’s Kirk Minihane who called Fox’s Erin Andrews an “gutless bitch” on the Dennis and Callahan Show. Thanks to the program being simulcast on NESN in New England, the video of that clip went viral and was reported nationally on programs like “Inside Edition.”

Several hours after the Minihane comments, WEEI posted his apology on its website:

“This morning on the radio I used a series of words to describe Erin Andrews’ work at the All-Star Game. My choice of words was wrong; I was wrong to have used them. To all whom I offended — particularly Ms. Andrews — I apologize. There is no place for what was said. It was immature and completely uncalled for. I am often critical of media members and their work and recognize here that I’ve made the kind of mistake I would call out if it was done by another sportscaster or writer. Again, to all involved, I’m very sorry.”

The Boston Globe reports that Minihane will not be suspended or reprimanded for his comments, which is pretty remarkable. He is on vacation for the rest of the week.

You would think that would be the end of it, but apparently it’s not.

Merloni and Benz were discussing Andrews’ promotion to the NFL on Fox “A” team as its sideline reporter when for some reason, they broached the incident when she was videotaped by a stalker in her hotel room.

Merloni: So on the sideline reporter, Pam Oliver? Erin Andrews? Eh! So she gets bumped? Do you think she’s pissed off about that?
Benz: Pam?
Merloni: Yeah!
Benz: I betcha she is.
Merloni: Oh, I think she’s pissed.
Benz: I don’t know that she’s pissed ….
Merloni: (as Pam Oliver) They bumped me for the girl who posin’ naked in her hotel room and ..
Benz: Right exactly …
Merloni: That ruined her career (Benz laughs) .. Poor Erin Andrews … she had to go through all that. Ruined her career.
Benz: Oh, I laughed at that the minute she came out with the … Well, the 9-1-1 call, you heard the leaked 9-1-1 call right where she’s acting like she’s being so put upon. You know in her head she was thinking, “This is AWESOME! (Merloni laughs) This is GREAT!”
Merloni: It’s gonna help my career!
Benz: I’m gonna get so much attention for this!
Merloni: I’m gonna eventually bump Pam Oliver as the number one girl….

This sequence begins at 1:38 of the audio at this link.

First, Merloni and Benz are mixing up the incidents. The first is the stalking incident when Andrews was unknowingly videotaped in her hotel room. Contrary to what Merloni said, Andrews did not pose for that video.

The 9-1-1 call that Benz is referring to is when Andrews called police in 2009 to complain about photographers camped outside her house. From the audio of that call, it did not sound that Andrews was thinking that it was great for her career.

It’s one thing to criticize Andrews’ work, but to bring up when she was videotaped by a stalker as being beneficial to her career is sinking to yet another low in local sports talk radio.

Defenders of sports talk will say “It’s guy talk” and “The hosts have the right to say what they want,” but there’s a line. Merloni and Benz have crossed it. And by bringing up the stalking incident, they bring up an episode that Andrews would like to forget, not one that she was celebrating.

The fact that comments like these happened twice in the span of a few days on the same station with regards to Erin Andrews shows a troubling trend at WEEI. With one apology already on record, we’ll see if WEEI has to issue another one on behalf of their midday hosts.