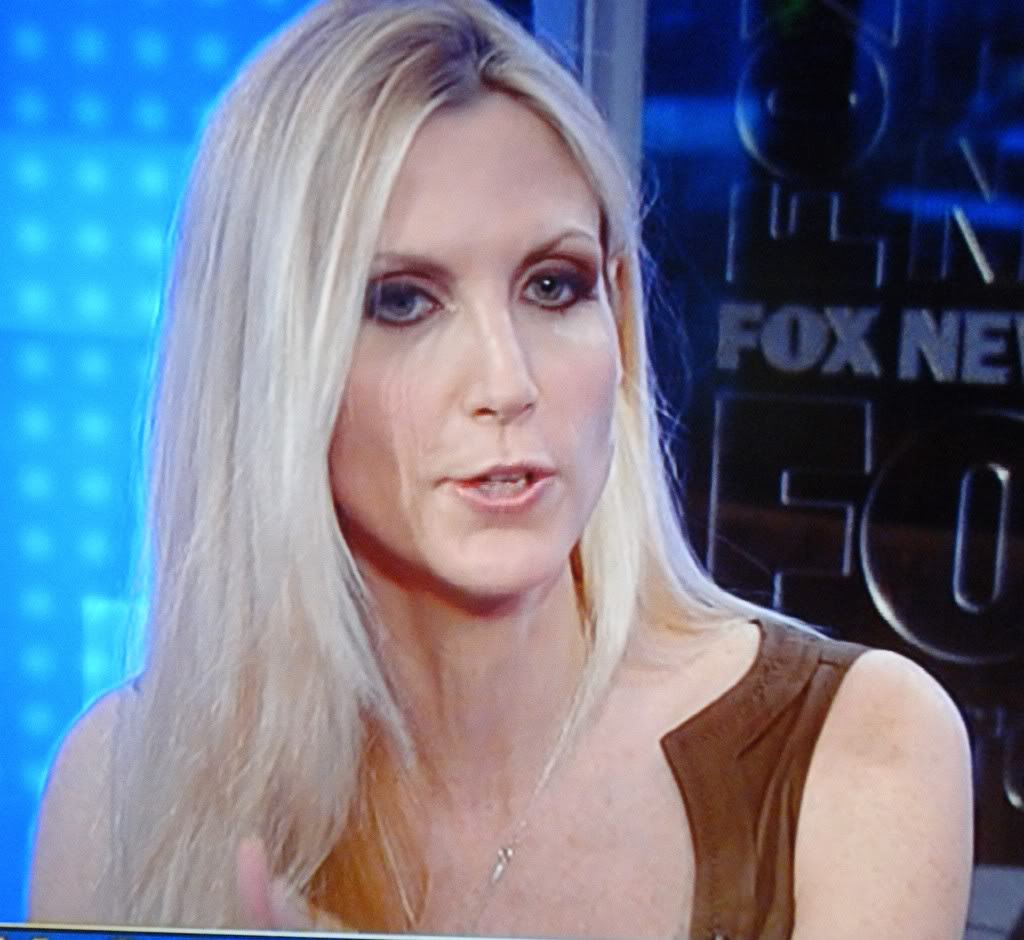 I was all ready to begin a nice, leisurely vacation tonight… and then Ann Coulter had to go write about soccer.

With the World Cup at its midway point, I would have thought that we had moved beyond the expiration date of all the awful, insipid, pointless columns claiming that soccer is destroying American from within.

But there’s one voice that we haven’t heard from in the great soccer debate of 2014.  One very important voice who really captures the heartbeat of America.  One person who captures the essence of American society and is an expert in intertwining sports and popular culture.

That person is Ann Coulter.

Oh God, what have we done.

In a column entitled “America’s Favorite National Pastime: Hating Soccer,” Ann Coulter threw her hat into the ring as an anti-soccer conspiracy theorist.

I’ve held off on writing about soccer for a decade — or about the length of the average soccer game — so as not to offend anyone.

FINALLY, after all these years, we are finally privileged, no, BLESSED to have that Ann Coulter soccer column we’ve all dreamt of reading…

But enough is enough. Any growing interest in soccer can only be a sign of the nation’s moral decay.

Forget the depressing numbers about the GDP or the coarsening of our political conversation or even gridlock in Washington.  Forget things like gun violence.  No, it’s SOCCER that will be the real downfall of America.  Yes, when the history books are written in 2476 and children come to the chapter about the end of the United States, they’ll read about how soccer killed Abraham Lincoln’s dream of a more perfect union.

Individual achievement is not a big factor in soccer. In a real sport, players fumble passes, throw bricks and drop fly balls — all in front of a crowd. When baseball players strike out, they’re standing alone at the plate. But there’s also individual glory in home runs, touchdowns and slam-dunks.

In soccer, the blame is dispersed and almost no one scores anyway. There are no heroes, no losers, no accountability, and no child’s fragile self-esteem is bruised.

Yep, no individual achievement in soccer whatsoever.  Because it’s not a “real sport.”  Thank you for finally defining that for us, Ann Coulter.  Because the reason we all love sports and play them growing up is to break the hearts of small children so that they will need professional counseling in their later years.  That’s the sole point of sports.  At least according to Ann Coulter.

Do they even have MVPs in soccer?

Yes.  It’s called the Golden Ball Award.  It’s given out at every World Cup.  Pele won it once.  He’s the guy that’s on all the signs at Subway.  You didn’t research this topic much, did you Ann Coulter?

The prospect of either personal humiliation or major injury is required to count as a sport.

Again, according to Ann Coulter the only object of sports is to cause either great physical or psychological harm to those who participate.  Ann Coulter has a real, disturbing obsession with wanting people to get hurt in sports.  Who hurt you, Ann Coulter?  Who hurt you?

Baseball and basketball present a constant threat of personal disgrace. In hockey, there are three or four fights a game — and it’s not a stroll on beach to be on ice with a puck flying around at 100 miles per hour. After a football game, ambulances carry off the wounded. After a soccer game, every player gets a ribbon and a juice box.

WHY MUST YOU BE SO OBSESSED WITH HURTING PEOPLE!!!!

I resent the force-fed aspect of soccer. The same people trying to push soccer on Americans are the ones demanding that we love HBO’s “Girls,” light-rail, Beyonce and Hillary Clinton. The number of New York Times articles claiming soccer is “catching on” is exceeded only by the ones pretending women’s basketball is fascinating.

Ok, ok, ok… I understand linking soccer with other things Ann Coulter hates like Girls and Hillary Clinton.  And I can see how the most paranoid conspiracy theorist would see “New York Times likes soccer” + “New York Times likes Hillary Clinton” and come to the conclusion that soccer’s growing popularity is part of a vast left-wing conspiracy and not anything organic.

But don’t you dare bring Beyonce into this, Ann Coulter.  That’s just taking this too far.  If there’s anything that’s un-American here it is you taking Beyonce’s name in vain, madam.

Soccer is like the metric system, which liberals also adore because it’s European.

Soccer is like the metric system… because it’s very simple and makes sense?  Are we sure this wasn’t written by The Onion as an Ann Coulter column about soccer?

Naturally, the metric system emerged from the French Revolution, during the brief intervals when they weren’t committing mass murder by guillotine.

And now Ann Coulter is taking a swipe at mass murder by guillotine when she just spent the previous portion of her column trashing soccer because there wasn’t enough violence.  Just pick a side already!!!

Liberals get angry and tell us that the metric system is more “rational” than the measurements everyone understands. This is ridiculous. An inch is the width of a man’s thumb, a foot the length of his foot, a yard the length of his belt. That’s easy to visualize. How do you visualize 147.2 centimeters?

The metric system is more rational because it’s based on decimals.  Everything happens in powers of 10.  It’s a lot easier to know that there’s 1000 meters in 1 kilometer versus 5,280 feet in a mile.  This is not arguable.  By the way, what does Ann Coulter’s fear of logical measurements have to do with soccer again?

Soccer is not “catching on.” Headlines this week proclaimed “Record U.S. ratings for World Cup,” and we had to hear — again — about the “growing popularity of soccer in the United States.”

The USA-Portugal game was the blockbuster match, garnering 18.2 million viewers on ESPN. This beat the second-most watched soccer game ever: The 1999 Women’s World Cup final (USA vs. China) on ABC. (In soccer, the women’s games are as thrilling as the men’s.)

Ann Coulter uses “Record US ratings for World Cup” in quotation marks like it’s something that is part of a vast left-wing conspiracy and didn’t really happen in real life.  This isn’t the moon landing, we have actual hard data to prove this, you know.  Soccer and the World Cup are definitely growing in popularity.

If more “Americans” are watching soccer today, it’s only because of the demographic switch effected by Teddy Kennedy’s 1965 immigration law. I promise you: No American whose great-grandfather was born here is watching soccer.

Pretty sure with the last name “Yoder” that my great-grandfather was born here.  (As long as Amish country counts as being American.)  And I’m watching soccer.  Sorry to burst your xenophobic bubble, Ann Coulter.

With this being an Ann Coulter column about soccer, you know that there’s going to be a grand finale on par with your local July 4th fireworks show.  You just know it’s going to end with a bang.  It could be something about Obama, Lionel Messi being the Anti-Christ, anything.  You just know something good is coming.

Let’s see what she’s got…

One can only hope that, in addition to learning English, these new Americans will drop their soccer fetish with time.