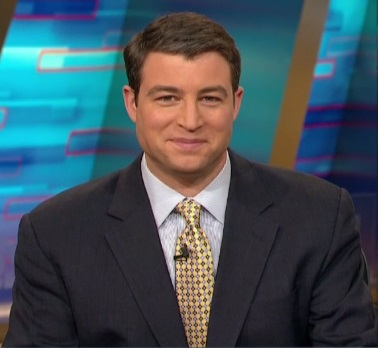 CBS parted ways with longtime studio host and play by play man Tim Brando in January after almost two decades at the network.  The speculation began as to what CBS might do to fill Brando’s shoes in multiple positions.  We already know that Andrew Catalon stepped into call NCAA Tournament games.  Now we know who will host the SEC on CBS studio show this fall.

CBS has stayed in-house and promoted Adam Zucker to the main studio role on the network’s highly watched college football package.  Furthermore, they confirmed the addition of Allie LaForce as the SEC on CBS sideline reporter.  LaForce replaces Tracy Wolfson, who is moving to NFL coverage with Jim Nantz and Phil Simms on a full-time basis.  From the CBS announcement:

CBS Sports has added Adam Zucker and Allie LaForce to its college football broadcast team. Zucker has been named host of COLLEGE FOOTBALL TODAY, the Network’s pre-game, halftime and post-game studio show. LaForce joins as lead college football reporter, teaming with Verne Lundquist and Gary Danielson on the “SEC Game of the Week.”  The announcement was made today by Sean McManus, Chairman, CBS Sports.

“Both Adam and Allie represent the next, great generation of sports broadcasters,” said McManus.  “We are extremely excited about the future of our college football coverage from the studio to the sidelines, and look for both to contribute to its continued and storied success.”

Zucker is a capable studio host and provides the network with a much needed fresh face in its sports coverage.  The addition of he and LaForce is a positive sign for CBS as they could definitely use an infusion of youth amongst its broadcasting ranks.

When Brando departed CBS, we wondered if the network would make a big play at Rece Davis as a potential longterm replacement for Verne Lundquist.  Davis’ contract will be up at ESPN soon and with Chris Fowler taking both top college football jobs in Bristol, there might be greener pastures elsewhere.  There was speculation that Brando might slide up to the broadcast booth when that day would come, but now it looks like CBS is going to have to look to another option with Zucker in the studio.  Just who that will be is one of the last big dominoes of the recent shakeup in the college football media world.