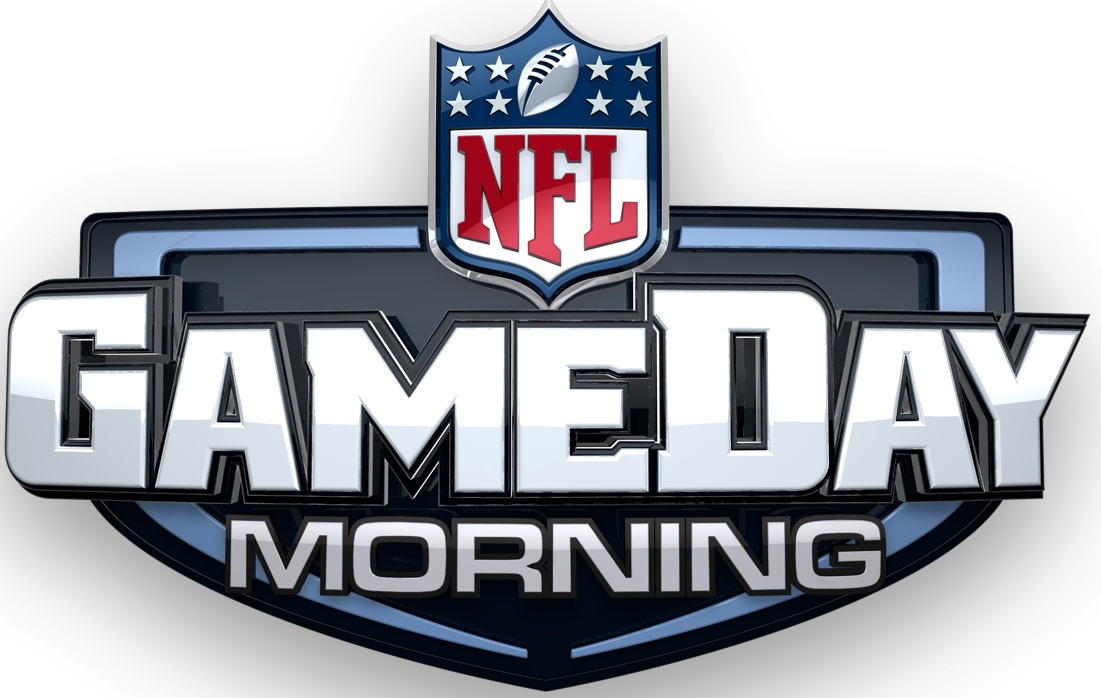 NFL GameDay Morning premiered in 2008 with Spero Dedes as host. Marshall Faulk and Warren Sapp have been part of the show from the beginning. Rich Eisen became the host in 2010. Steve Mariucci, Kurt Warner and Michael Irvin have joined over the years to become full-time members of the cast.

Here’s the cast over the years since the show premiered:

Insiders on the show have gone from Adam Schefter to Jason La Canfora to Ian Rapoport.

Let’s take a look at the four-hour extravaganza that is NFL GameDay Morning. As usual, your mileage may vary depending on your location. Please remember to tip your wait staff as you pay your bill.

Warner’s Corner which had Kurt Warner break down quarterback play brought some good insight from the Super Bowl-winning quarterback on how to read and break down defenses.

Because it was on early, NFL Network broke the news that Tony Romo would not play against Arizona.

“U Know It” with University of Miami alums Michael Irvin and Warren Sapp. They talk over each other and there’s nothing of value in this segment.

“M and M” with Marshall Faulk and Irvin. This wastes time.

Rich Eisen as the traffic cop and host. Keeps the show moving and is comfortable as the host of the show.

Marshall Faulk is the quietest of the loud talkers on the set. Marshall can make some head-scratching statements, but for this week, he was a voice of reason.

Kurt Warner has worked hard to become a very good analyst since he began in 2011 and has become an analyst on Monday Night Football for Westwood One Radio. He could be a game analyst for one of the networks.

“Weather won’t be a factor today.” — Kurt Warner on Denver-New England as snow was beginning to fall in Foxboro. 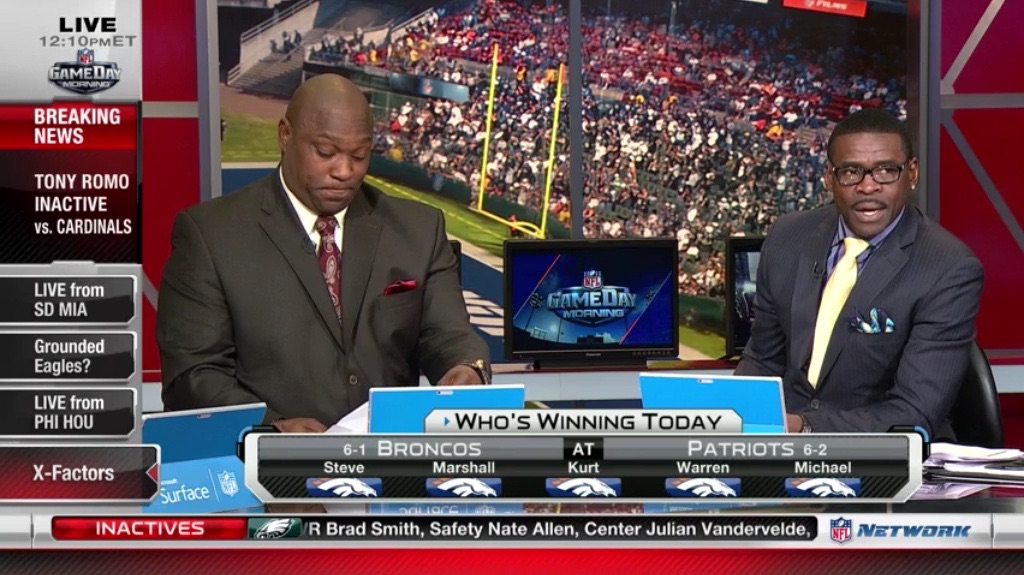 “Well, I think today, the Denver Broncos and Peyton Manning will go into New England and they win this game by twenty or more points …” — Kurt Warner making a bold prediction.

It’s a four-hour show, one of two (That Other Pregame Show is the other) on Sunday that lasts that long. There’s a lot of time to fill.

Rich Eisen is very good. The features by Andrea Kremer are usually well-produced and Kurt Warner provides some unique perspective.

IT’S FOUR HOURS! Too long. Unlike Sunday NFL Countdown, it doesn’t drag, but four hours is way too long for any pregame show. Watch in drips and drabs. Don’t stay for the entire thing. Sleep is good.

With a set of six men, it’s a show that can get awfully crowded. Warren Sapp and Michael Irvin have a tendency to talk over each other in every segment that they’re together. That gets annoying very fast.

No pregame show should last as long as four hours. Because of the inventory, issues could become redundant, however, the producers keep the program moving and don’t stay too long on one subject. For that, NFL GameDay Morning has to be commended.

Each analyst gets his own segment to show off his own particular expertise, Faulk gets to look at running backs, Irvin on receivers, Mooch on coaching, Sapp on defense and Warner on quarterbacks.

If you want to have some football talk with your breakfast or brunch, then this show is for you. With our preconceived notions about the show, we were ready to give this a C minus or below, but GameDay Morning brought the goods on this Sunday.

Despite the constant talking by Sapp and Irvin whenever they were together, the other analysts stepped up. We award NFL GameDay Morning with a solid B matching the grade received by That Other Pregame Show.