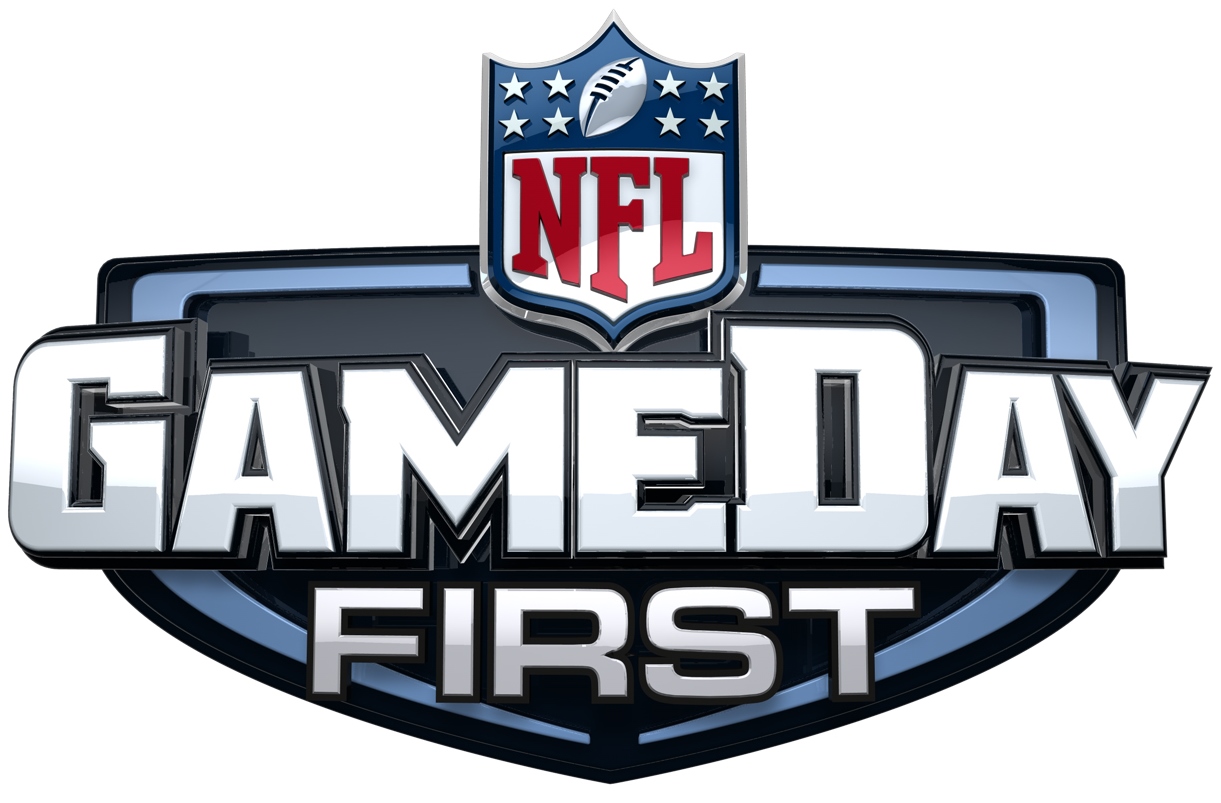 It’s hard to believe, well, maybe not so hard, but we have a Sunday morning NFL pregame show that airs at 7 a.m. ET/4 a.m. PT. And it seems appropriate that NFL Network is the channel that has the earliest pregame show leading into the day’s action.

NFL GameDay First is one of the newer pregame shows having been established in 2012 when it was known as “First on the Field.” It was rebranded as “GameDay First” last year. Co-hosts Melissa Stark and Sterling Sharpe have been with the show from the beginning. LaDanian Tomlinson was originally part of the show, but he has “graduated” to other NFL Network programs including GameDay Morning and GameDay Final. Joining Stark and Sharpe this season are former New York Giants center Shaun O’Hara and Seattle Seahawks fullback Michael Robinson.

Unlike other NFL Network studio shows, GameDay First originates from the NFL Films studios in Mt. Laurel, NJ. It kicks off an entire day of NFL Network live programming throughout Sunday that leads into NFL GameDay Final which we will review later in this series.

This show brought Melissa Stark back to weekly television. She had been working full-time raising a family after leaving Monday Night Football in 2003 and doing occasional work for NBC for the Olympics. Stark joined NFL Network for some reporting for the 2012 NFL Draft and has been with the channel ever since.

So without delay, here is our review of NFL GameDay First. Your mileage may vary depending on your location and remember, this is for entertainment purposes only so please, no betting.

The opening block which has Stark and Sharpe discussing the day’s games and setting up the program. It’s like the sports version of “Live With Kelly and Michael,” but with no celebrity name-dropping. Stark is a natural on-camera. Sharpe loves to talk (unlike his playing career when he would not talk to the media) and fills this role well.

Thanks to the show being live between 7 a.m. and 9 a.m., it also broke the news that Detroit Lions wide receiver Calvin Johnson would be inactive for the game in the UK.

Since this was the only pregame show of the day that did not have to deal with the rare London game in-progress at 9:30 a.m., GameDay First had tailgating segments from the NFL Films parking lot with O’Hara and Robinson or O’Hara and Stark. In a good move, GameDay First brought a chef from an English-themed restaurant to show what breakfast food would be appropriate for the game. However, the chef wasn’t from England (to be fair, maybe he lived in the UK, but we don’t know). We didn’t hear too often from the chef and no one dared to eat the food. Choppy.

Melissa Stark is a very good host and fills this role quite well. There are times when she’s overpowered by Sharpe who wants to do everything on the show, but she’s the best of the entire cast.

It’s the only live NFL pregame show airing at 7 a.m.

If you’re an early-riser and want to get the first news of the day plus see shots of buses entering stadium parking lots and cheerleaders practicing their routines in empty stadiums (yes, the show does this), then this program is for you.

The show is on at 7 a.m. ET/4 a.m. PT. Unless you’re an early-riser, DVR the show. You don’t need to set your alarm to get up just to watch. You can watch the show on your tablet in bed if your cable or satellite provider has an agreement for the NFL Mobile app. But there’s no need to wake up just to see the show.

Melissa Stark is a very good host. She knows her football having covered the sport extensively for ESPN and Monday Night Football.

Sharpe tends to overpower the conversations, but he’s always been that way since joining ESPN’s NFL programming in the 1990’s and then moving to NBC in 2006 for Football Night in America.

O’Hara and Robinson are ok on the show. NFL GameDay First is like the farm team for NFL Network as LaDanian Tomlinson moved to the main NFL Network sets in Los Angeles after a year with Stark and Sharpe.

We give this program a C+. It could be better, but it’s not bad. Average. It falls behind Football Night in America in our rankings below.

Next week, we review NFL GameDay Morning, the Rich Eisen-hosted show with a cast of a thousand analysts.