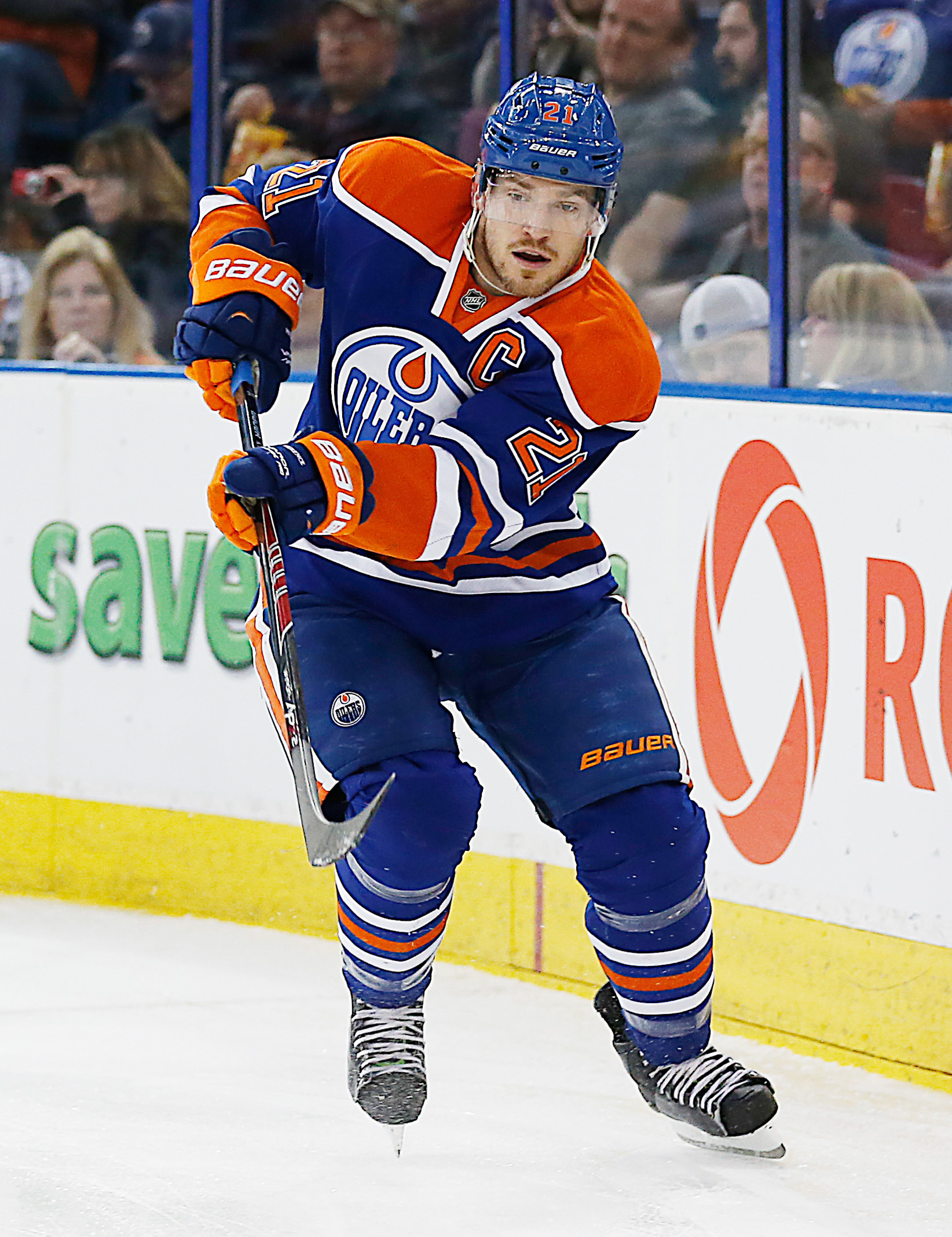 Ask pretty much any hockey writer, and they’ll tell you defenseman Andrew Ference of the Edmonton Oilers is at or near the top in terms of who gives the best quotes. Since debuting with the Pittsburgh Penguins in 1999 (!) he’s been noted for his honesty in interviews, sense of humor, and devotion to causes outside hockey. I am happy to say that he was as advertised in speaking to him this week.

I am also pleased to say that he’s a television natural. He came off as calm, cool and unafraid to criticize when necessary (though never to the point of being overbearing) during stints in the NBC studios on Wednesday and Thursday as part of NBCSN’s coverage of Stanley Cup Playoff hockey. Thursday afternoon, the Stanley Cup Champion (in 2011 with Boston) spoke to me about stepping into TV work, the future of the Oilers, and how important it is to have a life outside the game.

Steve Lepore: Hockey writers gossip, like any other profession, and you’re always someone who gets brought up as a good quote, had you been asked to do TV before?

Andrew Ference: No, I’m usually busy [laughs]. Unfortunately, this year I had a little bit more time on my hand. I’ve done a weekly radio show before for a few years in Boston, and had some good feedback on that kinda stuff, but never something like this.

SL: Obviously you are usually busy at this time of year, but was TV something you’d been interested in doing before?

There was about a week gap, that I was actually kinda looking to fill anyways. I was just planning on going down to New York and visiting some friends there as well when the request came through. To be honest, I just said “why not?” and try something new.

It’s been a real fun experience, and if it works for those dates, great. Those dates kinda lined up, but I’m always up for something new. I’ve never really given a whole lot of thought to doing something like that post-career,  I have other aspirations that I’ve probably given a lot more thought to, but it’s a fun thing to do.

SL: How would you describe the experience?

AF: Definitely nervous about just trying not to stutter too much. I give long-winded answers, usually to the media, after games [laughs]. I’m usually not really short and to the point.

With that in mind, I was a bit nervous about rambling on for too long, and kinda not going with the format of the show. The guys are extremely helpful, everyone that’s there has done it for a long time, and is pretty dialed in to being pretty great at their job. They were great teachers and helped me a lot.

SL: Sometimes a challenge for guys who are new at this job is being able to criticize athletes that they played with or against. Did you see that as a challenge? I know you were able to speak critically about some of the Penguins issues, was it just about being honest?

AF: You could just stay honest. If you’re trying to be controversial and you’re trying to put something out there that can rattle some people, then that’ll get yourself in trouble. But if you’re just stating the obvious, I don’t see that as too big a deal.

Most coaches in the league or players even on your own teams, you can be pretty darn honest with each other about what happened out there, and things you need to improve on. All it is, I think, is kind of an extension of that. Not really saying much more than I’d say to my own teammates about a certain game or a certain play, even things that I’ve heard myself about my play, whether it’s teammates or coaches.

Guys aren’t too sensitive about people stating the obvious or honest criticism. Obviously, with Fleury, I think it was right on point, because he was having a great game. We were all talking about how wonderful he was playing and how the Penguins were fairly lucky to be in that game because of Fleury, and then it just fell apart, so that one was fairly obvious to anyone who watches the game.

SL: You’re involved with the November Project and lot of environmental causes, at what point in your career did you feel the need to create an identity for yourself outside of “hockey player”?

AF: I think it’s just a byproduct of wanting to live a fun life, a full life. That doesn’t happen if you just stay within the bubble of a hockey life. Yeah, I think obviously there’s a pretty intense concentration needed at a certain times of the year on just hockey and training and doing those things and knowing what your priorities have to be, but I think there’s a great balance to be had from having interests outside of hockey. For me, those things are environmental issues, community projects — whether it be the November Project, which is awesome, I love it and I think is one of the best things I’ve been a part of — those things are all selfish, they enrich my life, and I’m able to have a platform to engage the audience to join me.

I’ve actually heard young guys when they come into the league, they don’t just want to get pigeonholed into only hockey and interacting with teammates, and there’s a life outside there. Like I said, it provides a great escape from the sport, winning streak or losing streak, but just being able to step away from the sport for a time in your life to just have some knowledge.

SL: Lastly, one actual hockey question, obviously after all your trips, I assume it won’t be too long until you get to training for next season. Watching these teams like Colorado and Dallas get into the playoffs, does it make you think: well we have a team with a lot of young talent and young stars, we can’t be that far away?

AF: I think the biggest takeaway from this season, whether it’s with those young teams or you go to a bigger stage like the Olympic Tournament, and you watch the Canadian team: the biggest takeaway is that it’s all about the attitude and the commitment to play a certain way, to play — I don’t wanna say with reckless abandon — but with an enthusiasm. I think that, obviously, when you look at our team we have the talent that is tough to get. You can’t go out and trade for it, we have some very impressive players.

If we can get that energy and that work ethic and that commitment to playing… I don’t want to say defensively, but responsibly in our own end, I think that the prospects for us are great. You really stress closely watching these things and notice the differences between what our team’s doing to be out of the playoffs compared to what these teams in the playoffs are doing. I think that one of the biggest differences is just that consistency and how they’re playing night in and night out, the ups and downs of a season and those hot and cold stretches.