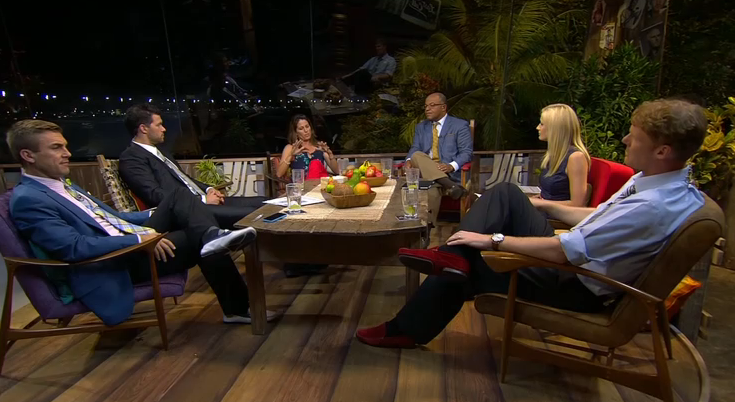 Before the World Cup began we were fortunate enough to tape a podcast with ESPN’s stellar coordinating producer for global soccer coverage – Amy Rosenfeld.  ESPN’s coverage of international soccer is one of the best productions in all of sports and Rosenfeld and her team are responsible for making it all happen.

With the 2014 World Cup reaching its latter stages, ESPN’s coverage is gaining similar critical and fan acclaim in Brazil as it did four years ago in South Africa.  It’s a real testament to what is possible when a sports network puts all their resources towards covering a sporting event in a way that educates and entertains viewers.  Fox Sports certainly has some big shoes to fill when they take over World Cup rights beginning next season.

Rosenfeld was nice enough to give AA some time on Friday morning before the France-Germany quarterfinal as something of a mid-touranment update on ESPN’s coverage.  We were able to ask her about the challenges offered in Brazil, which commentators have stood out this year, the genesis of World Cup Tonight’s popular Last Call segment, and much more.  These are fantastic insights into ESPN’s operation in Brazil and what makes their World Cup coverage so successful.

AA: As the tournament has progressed, what have been your favorite storylines to watch evolve as coordinating producer for ESPN’s coverage?

Amy Rosenfeld: In a macro sense, there really does seem to be an exciting energy about this World Cup, whether it’s the amount of goals or the last minute goals, the emotion during the anthems, this component of South American teams and their performance, or underdogs prevaliling like Costa Rica.  Right now this Colombia story is really exciting because we’ve been so focused on the big teams and stars then when a great story emerges like Colombia, that’s what’s exciting about a World Cup.

Yea, I’m American and I’m rooting for US Soccer.  But we’ve always known it’s critical to document the World Cup and not just “the US at the World Cup.”  So for me it’s been the Colombia story and then second to that Brazil, for all of the hubub about protests and anger, there really has been such a positive experience being here among Brazilians without that specter of the protests and violence.

How has Brazil offered unique and different challenges logistically than previous tournaments you’ve worked? I know the flood in Recife and getting Ian Darke and Taylor Twellman to USA-Germany had to have been a little stressful.  Have there been things that have popped up that you didn’t anticipate coming in?

Rosenfeld: For past World Cups we’ve always had a backup plan.  For this World Cup it’s important to have a backup to the backup.  For me, it’s trying to navigate the country and flights and the ability to make decisions about talent allocations.  We’ve had guys at the airport at 3 AM, we’ve had the two commentators on a flight and the producer wait-listed.  The absolute biggest challenge is the size and scope of the country and trying to manage air traffic and be able to not beat our guys into the ground.

Without fail, unless I’m being shielded by our producers, there has not been one complaint even though we’ve said to the announcers to arrive 5 or 6 hours at the stadium before the match because we have no idea what the traffic situation will be.  It has been very challenging, hopefully we get across the finish line without major issues.

You mention the announcing assignments and you have so many talented commentators and analysts working this tournament in the booth and the studio – how do you decide who works with who on a daily basis?

Rosenfeld: What we had was this idea that we were going to be malleable during the event to really recognize chemistry, partnerships, what was working, and what was not working.  It’s a credit to all the talent that sometimes they’re getting their schedules a few days before their assignments.  It’s basically upper management getting together and a collaborative effort where people give their opinions.  For a certain match it might be great to have Taylor and Michael Ballack together as an example for a litany of reasons.

As it relates to the commentators of the matches, it’s really an embarrassment of riches.  It’s been an analysis of who’s pairing well together.  In some instances there’s logistics to factor in and whether people can actually get to certain cities.  It’s been a real jigsaw puzzle of logistics and added value of content.