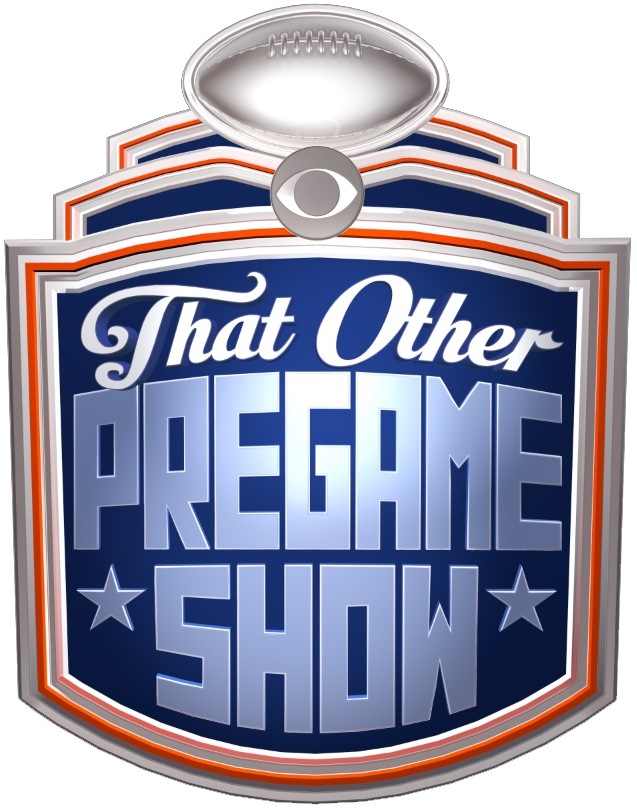 This week and throughout rest of the NFL regular season, Awful Announcing will review the Sunday NFL studio shows. It’s a Herculean task, but it’s a project that requires strength, discipline and patience. And while the ratings for the NFL pregame shows were down in Week 1, the network sports divisions still believe in them and continue to develop them as shoulder programming for their cable networks. So we begin this week with one of the newest entries in the Sunday pregame swamp, That Other Pregame Show on CBS Sports Network.

There are certain criteria and categories in which each program will be judged. Remember, this is only one person’s opinion. Your opinion may differ and mileage may vary depending on where you live.

That Other Pregame Show is a four hour program that airs on CBS Sports Network from 9 a.m. – 1 p.m. ET. It’s in its second year analyzing the NFL and is treated as a compliment to CBS’s The NFL Today.

Bart Scott was on the show last year and promoted to the NFL Today this year. Allie LaForce, who hosted various segments last year, has left the show to become the sideline reporter for the SEC on CBS. Fletcher and Marks are additions to the show.

In addition to using its own cast, members from the NFL Today i.e., Bil Cowher, Boomer Esiason, Tony Gonzalez, Jason La Canfora and Bart Scott all made separate appearances on the program.

Using reporters from local CBS affiliates to set the scene from various games. Why not use the local reporters instead of the national analysts who jet only for that game and may not have a feel for the teams? So Dan Roche of WBZ-TV in Boston (reporting from Minneapolis) and Leslie Spoon of WFRV in Green Bay set the scene from the game sites.

The Simms Spotlight. Simms? Phil Simms? No Chris Simms. That Other Pregame Show used Phil’s son, Chris. This segment or actually two segments had Chris breaking down video, but he was nervous and shaky while analyzing Tony Romo and Robert Griffin III. Perhaps he will improve as the season wears on, but for this show, he was quite nervous.
Simms improved as the show went along and had good chemistry with Anita Marks discussing “Fantasy Studs and Duds.”

Amy Trask, former CEO of the Oakland Raiders, provides a perspective of a former executive to the program and the inside machinations of the league. Last month, she told me at the NFL on CBS media day that her aim was to have more fun on the show and she seems to be more comfortable on the program after her first year.

This week, she was based in Los Angeles and not with the show in New York, but she did manage to throw some zingers at castmates Tierney and Fletcher that showed her growing comfort on television.

Brandon Tierney. Maybe it’s due to my anti-Jets bias, but other than to anger Buffalo fans, I’m not sure why he’s there. The co-host on CBS Radio’s “TBD in the Morning,” had little purpose other than to troll the other analysts and host Adam Schein. Not feeling the love for Tierney.

Brandon Tierney on the Buffalo Bills fans tailgating starting on Fridays: “The reason why they tailgate on Friday is so that when Sunday rolls around, they forget what happens.”

London Fletcher on Tom Brady and the Patriots: “Miami’s defensive line totally dominated New England’s offensive line. They were atrocious. Brady was under attack all game long and if it continues the way this first game started, he may not make it through the season. They may have to get their backup quarterback ready.”

The show has a good formula. For the most part, the program does not feign debate for debate’s sake. It has people discussing football and it produces segments that focus solely about the game. If there are arguments, they happen organically.

It’s a good show and brings football to fans who just want to know the latest on fantasy and discussions on the game. There’s not a lot of unnecessary window dressing here that you’ll see on a lot of the main network pregame shows.

Four hours is too long. I watched this program on DVR and fast forwarded through commercials, but imagine watching this live. Perhaps watching this show in short drips and drabs and not all in one sitting would be better.

Solid B. The show had to fill with pre-taped segments from other programs like Inside College Football and CBSSports.com, but the live segments worked well for the most part. On the crowded NFL pregame landscape, TOPS is worth a look.

Next week: The NFL Today on CBS.