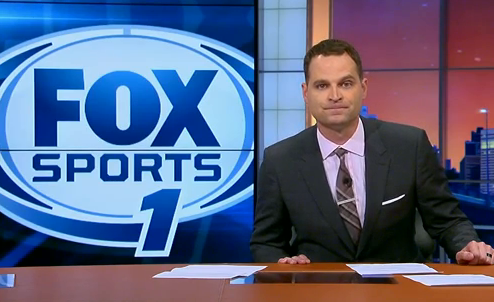 Earlier this week, we asked you for your feedback on the first year of Fox Sports 1.  We, or anyone else, can write about the highs and lows of FS1’s first year, but it’s your opinions that really matter.  And to this point, there hasn’t been any outlet that asked for feedback from television viewers on FS1’s first year.  That’s why we published this list of polls earlier this week to document your views on FS1’s debut campaign.

How did FS1 score?  And what does it mean for the network’s present and future?  Here’s the major takeaways from our research…

While it didn’t meet the gusto of their projections before the launch, it wasn’t an unmitigated disaster for Fox Sports 1 either.  When asked to grade Fox Sports 1’s first year, AA readers gave the network a 2.02 GPA – a solid C.  Only 5.6% of readers gave FS1 an A, though…

Similarly, AA readers scored Fox Sports 1’s original programming at around average.  Almost half of our voters (48.68%) scored FS1’s shows between 4-7 on a scale of 1-10.  What’s most interesting is that no one number got more than 15% of the vote, which shows that there’s no real set narrative on Fox Sports 1’s quality of programming.  (It’s worth noting that votes were collected there before it became revealed that FS1 was planning a celebrity fantasy football show with various C and D-listers.)  There’s a wide distribution of opinions on FS1’s programming.  Some people love it, some people hate it, most people don’t have a strong opinion as of yet.

We can type until our fingers start to bleed about original programming ideas and studio shows that can help FS1, but really it’s all about the games.  Games bring viewers.  Not Regis Philbin.  For our question of what viewers want to see more of, the runaway winner was more live events.  When asked for the one change you would make at Fox Sports 1, over 32% replied with more major live events.  (Only 4% of voters want more fun, which shows you how well jockularity worked out for the network.)

Additionally, a majority of respondents said they only watch Fox Sports 1 sparingly when a big game is on the network.

Just how often do our readers watch Fox Sports 1?  This poll tells us the most about sports fans and their viewing habits in relation to FS1.  It seems that while a plurality of fans only head over to FS1 for a game or event they are interested in, there’s still a decent chunk that have made the network their sports home and watch religiously.

If FS1 can tap into both the “Sparingly” and “Religiously” watchers with more big games and must-see live events (say like the MLB postseason) then it will do wonders for not just their ratings, but the entire feel about the network.

When asked to rank your favorite Fox Sports 1 personalities, the Fox Sports Live athlete panel ranked dead last.  It received just 19 out of 2,119 votes!  More people should have clicked that response by accident!

Fox Sports 1 has recently moved around the infamous athlete panel.  It now exists in brief “Players Only” segments and as the Midnight ET hour with its own “Countdown” show.  The Countdown idea is an intriguing one, especially if it was given a unique branding in a new studio away from Fox Sports Live, but viewers have spoken that they don’t really want to see Donovan McNabb talk NASCAR or Petros Papadakis give his insights on world soccer.

The panel was one of the first things that FS1 instituted to distinguish it from ESPN, but it’s just a bad retread idea that needs canned as soon as possible.

4) That said, Fox Sports 1 has personalities they can build around

One of the success stories in Fox Sports 1’s debut year has been the diverse array of personalities that have appealed to the masses.  New stars like Katie Nolan (who topped our poll of the most popular FS1 personalities) and Julie Stewart-Binks, Canadian imports Jay Onrait and Dan O’Toole, and hosts like Charissa Thompson and Danielle Trotta have been bright spots for the network.  When you include new star analysts like Gabe Kapler, Randy Moss, and Joel Klatt there is a lot for Fox Sports 1 to work with.  They just need some programming ideas to accentuate their talent.

In what may be the most encouraging news for Fox Sports 1 from our polling, a majority of sports fans see the network as a legitimate alternative to ESPN.  When asked that question, AA readers responded that they either already see FS1 as an alternative, or are willing to wait to see what FS1 can do.

Do you see FS1 as a legitimate alternative to ESPN?

Rome wasn’t built in a day and a 24/7 cable network isn’t built in a year.  Fox Sports 1 got a much needed wake-up call after their first year.  If they can learn from their missteps, continue to build on their strengths, and add more must-see games then there is a path forward for the network.  It may not lead them to toppling ESPN, but in the long run there’s still every chance for Fox Sports 1 to become a household name in the sports world.