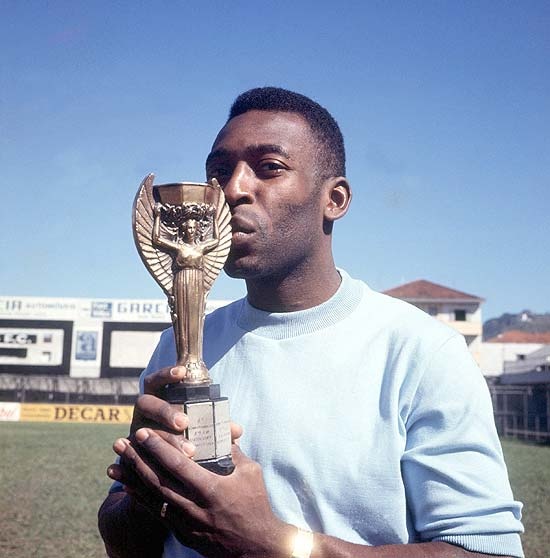 Title – Mysteries of the Rimet Trophy

Review – Trophies are the whole reason we play, love, live, and die with sports.  Trophies are what we dream of winning and lifting high to the adulation of the adoring masses while reveling in the glory of our accomplishments.

Some of the most iconic images in the history of sports center around trophies.  Think of Ray Bourque finally lifting the Stanley Cup or John Elway doing the same to the Lombardi Trophy.  The Masters is known for its green jacket and the Olympics for its gold medal.  These trophies and awards define their sports.

But what about the World Cup Trophy? Could you recognize it if it stood in a lineup with other trophies from around the world of professional and amateur sports?  Did you even know the original World Cup trophy has been missing for decades?

The mysterious story of the Jules Rimet Trophy is the subject of ESPN’s latest 30 for 30 Soccer Stories venture.

The current whereabouts of the actual, physical World Cup trophy are unknown.  The trophy was named in the honor of Jules Rimet, the FIFA president from 1921-1954.  He was the man at the helm of world soccer’s governing body when the World Cup was launched in 1930.  Although the trophy is much smaller in size than other sports trophies (at just over one foot in height), it came to be one of the most valuable in the world.  And it was sought after by soccer players and thieves alike.

Italy won the 1938 World Cup and held the trophy throughout the Second World War.  Adolf Hitler and the Nazis were after any kind of valuable artifacts and the regime was desperate to somehow capture the trophy.  An Italian soccer commissioner hid the trophy and moved it out of Rome to protect the World Cup trophy, perhaps even in a shoebox under his bed.  Ironically, Rimet would go on to hand his trophy to West Germany after their victory in 1954.

In 1966, the World Cup trophy was stolen from an exhibit in England before the tournament.  It was found on the street in a package wrapped in newspaper by a man walking his dog.  This leads to one of the great sentences uttered in an American sports documentary, “Pickles had found the World Cup.”

Four years later, Brazil earned the right to keep the original trophy after their third World Cup triumph, as was the wish of Rimet himself.  Naturally, the trophy was stolen in 1983 from a bulletproof glass cabinet… that had a plywood back.  That’s quite the design flaw, isn’t it.

FIFA bought a replica of the trophy for 254,000 pounds in 1997 at an auction thinking it could possibly be the original.  They, as FIFA tends to be, were wrong.  The authentic Rimet trophy has not been seen since and the conspiracy theories that abound are infinite.  It certainly makes for one of the better mysteries in sports.

Rating – The documentary is given a boost in star power with Edward Norton providing narration. The fast moving pace certainly adds to the mystery narrative and the James Bond artwork for interview subjects that are never seen on screen is a unique and appreciated touch. Some of the audio sounds like it was taken straight from over the phone to the television screen, which is a bit unusual.  All totaled though, this may be one of the most fun 30 for 30 documentaries, regardless of genre, that ESPN has put together. 9/10