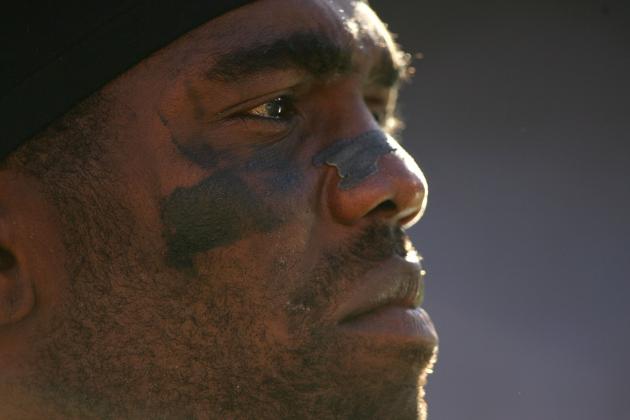 Most Similar To – No Crossover, Youngstown Boys

Review – While well made and interesting, Rand University falls into a bucket of maybe a dozen or so 30 for 30s that are technically sound and thoughtful in its storytelling, but ultimately fall short of being a classic installment due to the scope of the documentary itself.

With this group of films, there isn’t anything to dislike about how it’s made, nor can you say that its focus is not interesting, it’s just that the top half of 30 for 30s typically have stories that drill down deeper and have a more lasting impression than Rand University.

The term “Rand University” is a facetious and enduring name for the local hangout in the poor unincorporated small town of Rand, where Randy Moss grew up. Rand doesn’t have their own high school and the town of under 2000 has the barest of Wikipedia pages, but it does have the infamous 7-11 station where locals will go and drink in the parking lot by the dumpsters.

Many local athletes before Moss had stood out at nearby DuPont high school, but for whatever reason found themselves stuck in neutral drinking at “Rand University” rather than going on to an academic institution that didn’t consist of a parking lot, dumpsters, and gas pumps.

If you’re looking for the up and downs of Moss’s NFL career, you’ll be disappointed as half the film focuses on his formative high school years while nearly the rest of the film focuses on his turbulent collegiate career and path to the draft. A string of bad decisions, wrong places at the wrong times, and an unforgiving judicial system threaten to derail the obvious greatness Moss possessed.

The film goes to lengths to show Moss as a product of his upbringing. Not a saint by any means, but often misinterpreted as a troublemaker partially due some of the racial tension in West Virginia. I’m always curious to hear and learn more of the many many unique places within this country that I’ll likely never go, and I did find the look at Moss’ odyssey and the story of Rand itself insightful and interesting.

That said, no deeper narrative really comes to light in the film. Moss had bumps in the road, Moss overcame poverty, and with his playing career and legal situation on thin ice, was able to shelve his rebelliousness and thrive on the football field.

This particular 30 for 30 felt more like a really good E:60 segment as Rand University (perhaps handcuffed by its 1 hour run time) never really spends more than a few minutes on a single incident or topic. Everything is touched upon spanning poverty, race, education, maturity, drugs, growing up in a single parent home, and becoming a father at a young age. However, none of these possible narratives really gets put under a microscope. I don’t know if any of these topics that played a role in Moss’ upbringing warranted a deeper dive, but when compared to the top half of 30 for 30s, those films mostly had more substantive and/or historical looks at those themes.

Moss’ story is interesting and his success only makes his origins that more relevant. Sadly though, large swaths of our favorite athletes have endured similar upbringings and dicey circumstances. With a glut of more condensed storytelling platforms like E:60, Real Sports, 60 Minutes Sports, SC Featured, NFL Films Presents, and A Football Life, the 30 for 30 series has a very high bar to live up to in consistently rising above the pack.

When the smoke clears from Rand University, many will enjoy the film but ultimately find it lacking the emotional or historical potency that the series has for the most part achieved (particularly this season).

From a filmmaking perspective, this documentary is very well done. Being somewhat of a stickler for details, there was little to complain about aside from the ridiculously bulky and oversized shoulder-pads Moss wore in high school (I hope this drives someone else crazy as it looked like he had a set of encyclopedia’s on top of each shoulder). In the end, it’s an enjoyable shorter installment in the 30 for 30 series and one that will bring Moss’ story, struggles, and journey from Rand, West Virginia to a nationwide audience. One worth checking out, but one that might not produce as much water-cooler conversations as previous installments this season.